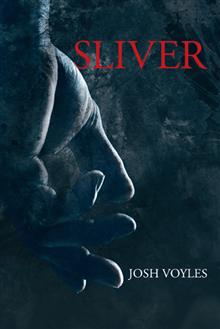 I think we all can relate to a time when we felt like a ghost in our lives. When we are going through the daily motions without any real feeling of purpose. A “rut” so to speak. Anyone who can or is going through something of this nature would very likely be able to relate to Franklin Brophy, the main character of the novel “Sliver” by author Josh Voyles.

That was one of the first things I noticed when I opened this book. Relatable characters, which is imperative to successful story (at least for me it is). The people of the story are not glamorous movie stars, 27 year old billionaires, or woeful damsels in distress. They are people with problems, with strengths and weaknesses, just like people in real life.

“Sliver” tells the story of Franklin Brophy, a business man who is moving through life in a haze. It is an ordinary day when he and a co-worker, Dom, are approached by a homeless man asking the two men for change. The homeless man declines accepting Dom’s change but makes a specific note to accept Franklin’s. The following day, Dom is missing at work and Franklin expresses his concern. It is later found out by Franklin that Dom has turned up dead. Franklin’s life then takes an even more out of control spiral when he returns home to find that the man who answers the terrified cries of his wife and children bares a resemblance to the homeless man from the other day. The man is missing two fingers on his right hand as the homeless man was. Franklin then sets out on a mission to reclaim his wife and children from the clutches of the madman to find that the madman is a thief of lives whose victim count stretches back long before Franklin’s time.

I would recommend “Sliver” to anyone who enjoys a good horror story. I would also even dare to say that the novel can even be categorized into the dark drama category. I really liked how the characters almost seemed like flesh and blood human beings as opposed to caricatures of the perfect “human being” like many of the more trendy books of today portray. It really is something refreshing to see. If you want a well thought out and well written story that will take you on an odyssey through time, pick up a copy of “Sliver” at Amazon: www.amazon.com/Sliver-Josh-Voyles/dp/1462067581/ref=sr_1_1?ie=UTF8&qid=1352757152&sr=8-1&keywords=Sliver+by+Josh+Voyles

And you can also rate, review, and discuss the book at Goodreads: