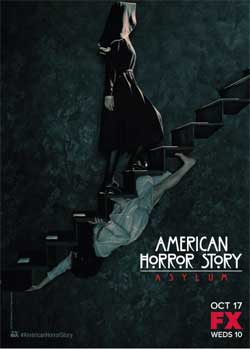 EW.com announced today that American Horror Story is getting a 3rd season!
FX has reported to have ordered 13 more horrific episodes of this smash horror TV show, under the producers FX Ryan Murphy and Brad Falchuk.

FX president and general manager John Landgraf has commented  “Ryan and Brad have raised the bar in every way from Murder House, the first American Horror Story miniseries. And their original idea—the notion of doing an anthological series of miniseries with a repertory cast—has proven groundbreaking, wildly successful and will prove to be trendsetting.”

This is great news for us dedicated American Horror Story fans – which are already enjoying this seasons 2nd season return!