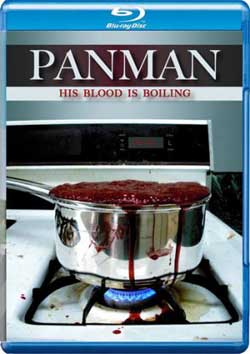 A demon chef murders culinary students one by bloody one.

Sometimes I get a new movie to review and I just bemoan my very existence as I’m forced to watch it (There are far too many to mention here). Sometimes I get lucky and I get to screen a new movie that isn’t, all things being considered, half bad (Not enough of those to mention now. Wait for my “Top 10” list at year’s end). Then I get to screen something like “Panman” and I honestly don’t know what to do with myself. Do I grab some sort of sharp utensil and claw my eyes out of my head in a attempt to make it stop? Maybe I should just keep falling asleep every 10 minutes but that would mean it would take me a week to really see the dang movie. Hmmm, maybe it’s not really that bad & I should just sit and watch in rapt silence? 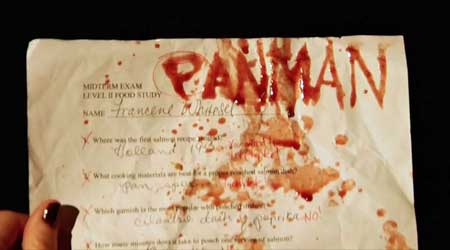 At first I thought “Panman” was some sort of Asian action film, call me stupid but that’s what I was thinking when I read the title. I actually told myself that it just couldn’t be about a person with pots and pans on his hands/feet, there’s no way my editor would make me watch something like that…is there? I know the man despises me but for real? It’s gotta be an Asian action movie…it just has to be. So what is “Panman” all about? Dear god, it’s about a psycho with a pot on his head who kills people with cooking pots/pans. Welcome to my hell ladies and gentlemen, grab a seat….

As the film starts, two ditzy females are walking down a deserted alley at night discussing some test scores when they are set upon by a dude with larceny on his mind. Just as he’s about to pounce Panman arrives and clocks him on the head with a pot, but the guy gets back up asking Panman “Is that all you got”? So the Panman promptly takes another swing which decapitates the dumb lug. He then goes after one of the girls who tries to run away as the other one just stands in place screaming all the silicone out of her chest. 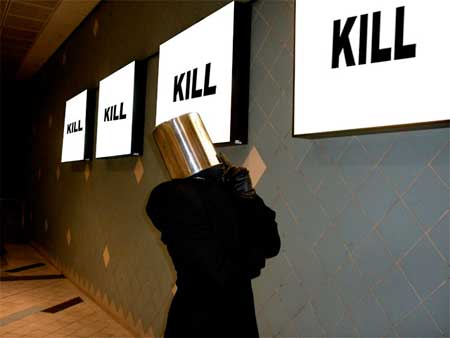 I really should stop here and just tell you to stay far away from this movie but I suppose there are a few of you out there who dig movies featuring a killer with a pot on his head who uses pots on his hands to murder his victims (Immediate family of the filmmakers don’t count) so I will proceed. Afterwards we find out that there is a culinary school nearby and one of it’s professors, Hunter (G. Larry Butler), is hot on the trail of Panman and wants to capture him for some ridiculous reason. So he gathers together a special team of students to hunt the Panman down. Of course the only thing that’s “Special” about the team is that the production found some actors that would actually accept these roles in the first place.

What Professor Hunter (Who specializes in custard by the way) & his merry students don’t realize is that the Panman is much more than just a pot wearing psycho, Panman is actually a demon! Yup…he’s a demon crossed with a dead Russian chef (Don’t ask) and to top it all off…he’s in love! Now who he’s in love with is important I suppose but then again who would fall in love with a killer whose face is totally obscured by a pot on his head? Yeah, that’s what I thought too so I’m not even going to go there. I’ve already written too much about this dreck that dares to call itself a film. 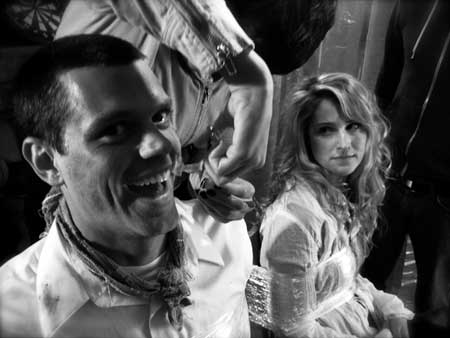 In this day and age anybody can (& eventually will) make a movie. The price on cameras that can shoot high quality images have plummeted and with the drop in prices there has been a rise in hacks who think of themselves as “Directors”. Now I don’t wanna sound like I’m begrudging anyone their shot at making a movie, this is America and we are all free to express ourselves in this glorious land we call home. And I applaud the filmmakers that go out and give it their all to make their films, I really do. Shit, I couldn’t make a cohesive movie if I had all the cash I wanted, Will Smith & a guaranteed July 4th opening day! But dang it people, why even release something like this and call it a film? “Panman” is not a film, it barely qualifies as filler for Comedy Central when they don’t have some has been to roast. 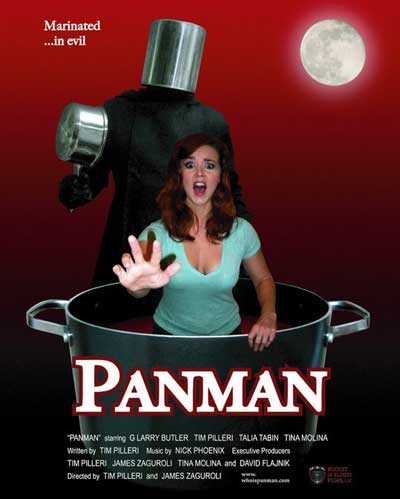 “Panman” is unfunny, horribly acted (Butler chews up entire reels of film as he seems to be channeling Rush Limbaugh) with a ridiculously uninspired script and some of the cheesiest looking blood I’ve ever seen in a film of ANY genre. There were a phalanx of directors listed on the credits but I’ll only mention one, Tim Pilleri, since he also stars as Panman. Mr. Pilleri and his cohorts couldn’t direct themselves out of a three car traffic jam let alone a movie. It’s boring and exceedingly cheap looking to boot. I’ve seen better looking films shot with smaller budgets (They sucked but they looked OK). 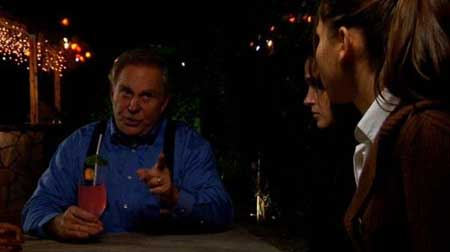 The capper to it all comes with about 5 minutes left in the movie when who shows up? KATO KAELIN! Who the f*ck is KATO KAELIN (I just have to capitalize his name for awhile) you might be asking? Well if I answered “Best friend of a famed sports figure that killed his wife” you probably still wouldn’t know yet he is the “Special” name in the cast! His name is featured on the box in a attempt to warrant it’s existence and not for nothing…that really sucks. Kaelin is a no one, a nobody whose quick in and out of the movie is more of an insult to the few people that might actually be watching it than something to look forward to. 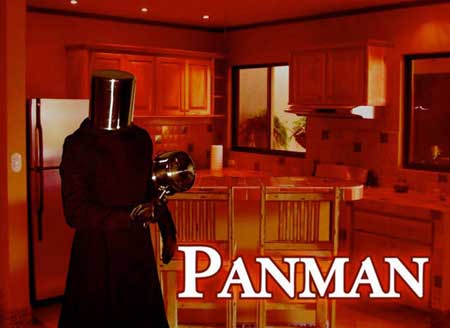 I don’t wanna talk about “Panman” anymore. It’s an affront to filmmakers, good bad or indifferent, all over the globe. It’s flimsy attempts at humor are just that, flimsy. It’s a terrible, terrible film and if you decide to sit and watch it you do so at your own peril. A true must to avoid and one of the worst films I have ever seen in my life. The editing’s isn’t too bad though…