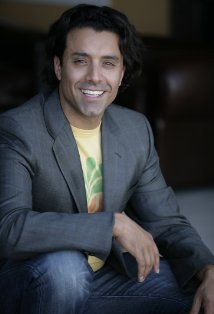 What inspired you to write the story of Hirokin?

I’ve always been passionate about Sci-Fi and stories concerning that involve having the courage to make a difference. To risk selfish wants to help serve. All artists feel the “call” to action. We feel that there’s a story in us that we must tell. So, in many ways artists don’t choose to write. They must write. Otherwise they’re in opposition to themself.

Did you research other post-apocalyptic films/books?

I grew up with a lot of post apocalyptic films. They in many ways are a byproduct of a big vision without the resources to support the “bigness”. I really wanted to make a movie that had hope and scope. I think we all agree that the Mad Max franchise achieved that in its day.

Why is Wes Bentley a good choice for Hirokin?

Wes has a darkness to him – I think he’s traditionally seen that way. But, I saw that darkness as a reason to believe him as Hirokin. A man with a dark past that ultimately rises past the darkness and becomes a symbol of hope and freedom.

What can you tell us about Hirokin’s destiny?

I think we all have a challenge that we must face. Somehow find the courage to transform weakness into strength. Life forces you to confront that weakness and demands you to transform into your greatness. Ultimately, I think that greatness for all of us has to do with love, tolerance, and service. So, Hirokin, like your and my destiny is about fulfillment. To fulfill his true potential.

Who is responsible for the blow by blow fight choreography? How hands-on  do get you with that part of it?

In this movie we had a fight chorographer – I was “hands on” in terms of getting Wes ready to fight I had definite ideas about how he came off — I needed him to look authentic so I spent time with him – training him in his style and method. But, ultimately, the fight chorographer was primarily responsible for the blow by blow as I had a lot on my plate.

What was the most difficult aspect of filming Hirokin?

This movie reached for space inhabited by 100-250 million dollar movies with only a functional budget of about one-million — And my vision was uncompromising. I wanted my hope and scope at all costs. So, not having the resources to have “blasters” or having to push past every limit in every department was challenging not only for me but the departments that were responsible for the vision.

Making a movie is a spiritual test for the filmmakers but it is a major spiritual test to those around you and your family. People think you’ve won the lottery and are going to go to the Oscars tomorrow leaving them all behind. That’s hard. It’s weird. 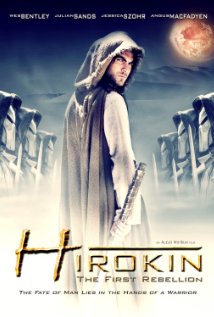 How long did it take you to complete filming?

We shot the movie in about 25 days all in all.

What would you say your proudest moment was during the filming of Hirokin?

A day before the thankgiving weekend and days away from our first screening of the movie we previewed it at our sound facility and realized the sound-mix was off. We had two days on a holiday weekend to try to re-mix the whole movie. The morning of the screening as I watched the QC layoff of the master and realized a second set of mixers had fixed the issues and the movie would be screened in the few short hours felt pretty good.

Any interesting “behind the scenes” stories happen while filming Hirokin?

I feel like the Universe took care of the movie despite the unique challenges this production faced. The BTS stories are far and wide. I think it’s best summed up by my friend David Twohy. We were at my home after production had wrapped and David turned to me and said “I think you’ve survived the hardest production (he’s) I’ve ever heard of – good news is if you can survive that – you can survive anything”

What next up for Alejo Mo-Sun?