Interview: Upon This Dawning (Music Group) 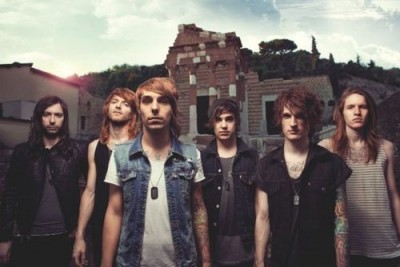 What was the most difficult aspect of making the music video, “ A New Beginning “ ?
Actually shooting the video was so much fun! We worked with Enrico Tomei who shot the video of “Of Human Action” too and he is a good friend of ours so it’s always nice to work with him! There wasn’t any difficult aspect of making it, it was just super tiring because woke up at 6 am and we finished shooting it at 6 am the next day.

How was it working with Chris Motionless from Motionless in White?
It was awesome! We have a big respect for Chris and when we knew he would sing in our album it’s was an honor for us. We definitely can’t wait to go on tour with Motionless In White this November.

Who are some of your creative influences from music or elsewhere?
We are all different ages and we each grew up listening to different kind of music. That helped us a lot when we wrote To Keep Us Safe because we wanted to do something different and fresh. We’re used to writing all together so everyone in the band puts their own influence in every single song.

Do you have a favorite venue that you like to play live?
We’re on our first American tour so everything is new for us but we had a very good time at the Ace of Spades in Sacramento, CA and at the Warehouse Live in Houston, TX!

Do you have a favorite track off “ To Keep Us Safe “ that you love to play to
a live crowd?
Our favorite song to play live is “The Sound Of Your Breath”, it’s very fun to play and we think it has one of the best break downs of the album :)

Of all songs, what made you remake the Carly Rae Jepsen song “Call Me
Maybe”? I really love your version.
Thank you. It was easy to decide on that song because every time we turned the radio it was on! So when Fearless told us that we will be part of the Punk Goes Pop 5 it was easy to decide which song we have to do.

What do you think of Horror movie remakes?
I’m not a big fan of horror movies but usually I prefer the original version. It happens a lot of time that the remake of a movie sucks compared to the original.

Do you have any cool or “scary” road stories that you would like share
with our HorrorNews.net readers?
The scariest thing that happened on this tour was when we got flat tire on the highway. We were all sleeping in the van except our tour manager and Andrea. When it happened we all woke up screaming “WHAT THE FUUUUUCK” haha
We also once we stopped at a gas station in New Mexico which was open but no one was in there, there was only someone’s jacket on a chair. It was very creepy and we ran away.

What are some of your favorite horror films from your childhood?
Favorite horror movies are definitely all the “Scream” movies, “Nightmare on Elm Street” and stuff like that.
The horror movie that scared me the most was “The Blair Witch Project” though. I was still a kid a couldn’t sleep for like 2 weeks

If you provide the soundtrack for one Horror franchise – what do you think
it would be?
It’d be definitely Friday the 13th!

Tags fearless records Upon This Dawning 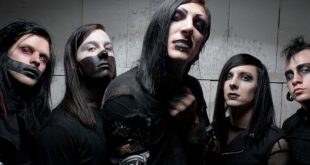