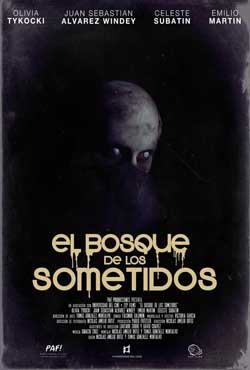 Four teenage friends go on a road trip through Argentina. On their way, they find a castle left abandoned in the middle of a forest. They decide to investigate further, only to discover it’s gruesome secrets and former residents.

Argentina is not a country typically known for producing horror films. Despite 2004s’ Rooms For Tourists, which as a disturbing and visually stunning little gem that deserves to be more well known, Argentina has been fairly quiet on the horror front. However, with the release of The Flaying, there is certainly a chance that horror fans will be properly introduced to what talent and genre lovers in this country are capable of. And trust me when I say it is refreshing. 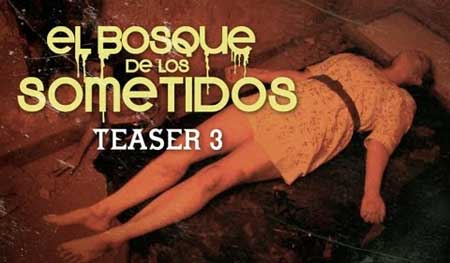 The Flaying possesses a plot that has driven the teen slasher sub-genre for the past 30 years. Set in the 1970’s, the film revolves around a group of teenage friends who decide to take a road trip to a remote location deep in the interior of the Argentinian countryside to watch an illegal car race. Along the way, they stop for some rest only to discover an abandoned house in the middle of the forest. True to horror conventions, their decision to explore this structure results in dire consequences as they discover that the house is indeed inhabited and that the residents are none too pleased to have guests. While the synopsis of the film sounds like something out of Slasher Cliché Class 101, the film is quite unique and truly is a breath of fresh air amongst the countless remake and sequels being churned out by Hollywood. First and foremost, the tone and atmosphere that the film creates is chillingly effective. Unlike a few recent films that found it necessary to take place in the 1970’s (The Texas Chainsaw Massacre remake, Staunton Hill), but did nothing to create the feel of that time period, The Flaying truly feels and looks like it could have been released in this decade. 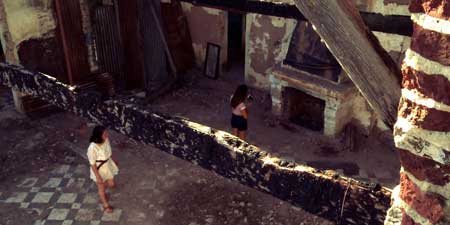 The grainy look to the film is true to the grindhouse style and it is obvious the filmmakers behind The Flaying know their horror. Characters are true to this period as well and are free of any current trends and habits. Furthermore, the set pieces, particularly the isolated house, are used to full effect to create an almost unbearable creepiness and tension. There are images in this film straight out of nightmares and the villain in the film will be hard to shake from your mind. 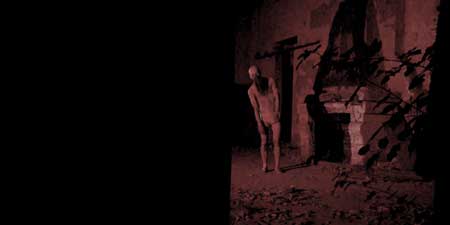 Those expecting a strict stalk-and-slash film because of the film’s familiar sounding synopsis will be pleasantly surprised and it is difficult to describe the horror inflicted on the ill-fated teens in this film. And while the film sticks as much as it can to typical horror conventions, there is something unique about its approach. The imagery, as mentioned, is quite striking and the direction and cinematography are used to aid in creating the nightmarish atmosphere of the film. There are scenes that are so genuinely creepy and that possess surrealism akin to an image out of a del Torro film. This is saying quite a lot considering the obvious budget limitations. This surreal like quality and menacing atmosphere that the film creates is what makes this film stand out. 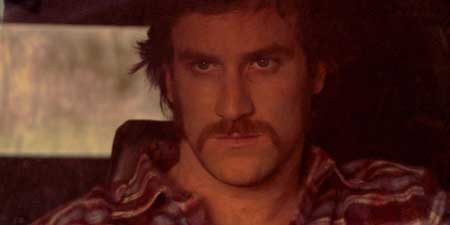 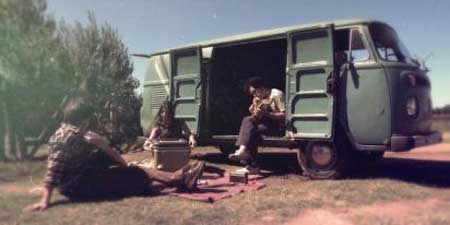 This is not to say that The Flaying does not have problems. It seems the filmmakers definitely strived for style over substance with the film. Because while it possesses a visceral and interesting style not seen in very many horror films anymore, it is lacking in depth and story. The performances by the actors are fine, but they are not given much to do in terms of character development; like so many of these films, they are simply fodder for the evil forces and the audience makes no connection to any of them. Perhaps the film’s biggest issue is not giving the audience any clue or indication of why what happens at the house happens in the first place. There are some minor hints if one pays particularly close attention, but in the day and age where asking audiences for their undivided attention and requiring them to fill in the blanks and make inferences is viewed as frustrating and “lazy,” more attention could have been paid to this aspect of the film. There are a few scenes that go on a bit long, but generally the pacing is appropriate and should keep viewers interested. 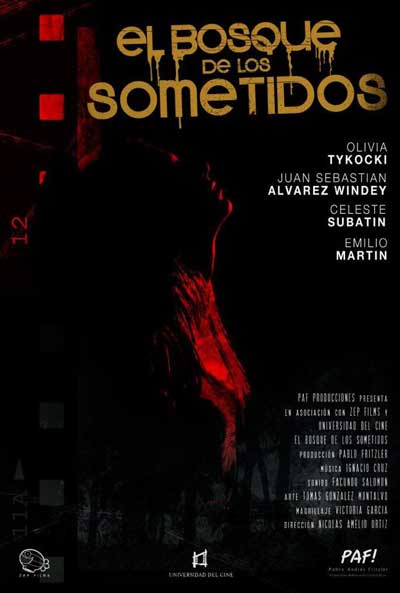 Overall, The Flaying is highly recommended and it is safe to say that viewers have not and probably will not see a film that carefully builds such a truly creepy, sinister atmosphere and uses its resources as effectively as this one. There are a few spine tingling images that will surely be etched in your mind long after the credits roll. Is it perfect? No. But it certainly is more ambitious and effective than most of what you have seen released in your theater lately.