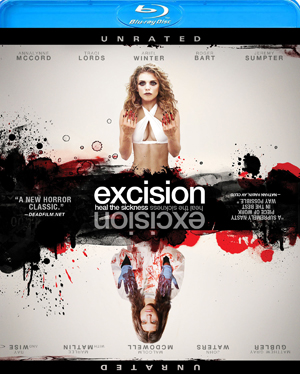 Based on writer/director Richard Bates, Jr.’s short film of the same name, Excision follows a disturbed and delusional high school student, Pauline. Pauline, with aspirations of a career in medicine, goes to extremes to earn the approval of her controlling mother. While dealing with both being an outcast teenager and having an obsession over curing her sister’s cystic fibrosis, Pauline becomes increasingly deranged as her fascination with surgery and flesh and blood grows into something compulsive and demonic, if not epic. 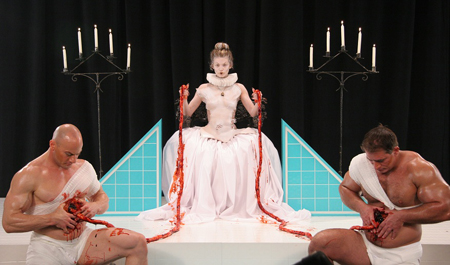 Entering the contest is easy. Simply email me with “Excision Contest” in the subject. Be sure to include your name, mailing address and zip code. Sorry international friends, but this contest is open to U.S. residents only. No PO boxes.

Entries will be accepted until October 24th, at which point two winners will be drawn at random. Good luck!

Order Excision on Blu-ray or DVD.