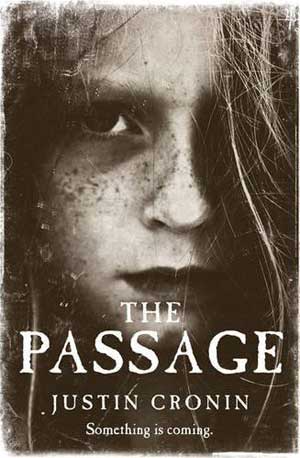 The most anticipated novel of this summer — and possibly all of 2010 — is Justin Cronin’s THE PASSAGE. Following the current trend of ‘vampire fiction’ he has penned an epic novel in the tradition of Stephen King’s THE STAND and Robert McCammon’s SWAN SONG. At 760+ pages, this epic tome is purported to be the first of a trilogy.

I approached the reading of this novel with both excitement and trepidation. Excitement at the possible discovery of a new voice in the horror fiction field that will deliver something a notch above your typical vampire pulp fiction that is being spewed out in massive quantities in recent years. My trepidation was a result of the blurb by Stephen King lauding this novel as a classic and ‘novel-reader’s novel’. Typically, a blurb by Stephen King was money in the bank for any author fortunate enough to receive it and, as a huge King fan, I normally could not go wrong with anything he recommended. However, with the huge disappointment I experienced reading King’s last novel — the 1,500 page mess entitled UNDER THE DOME — his endorsement did carry the same weight it had in the past.

To invest the serious time required to finish a 760+ page novel the pay-off had better be big for the reader. I am pleased to say that Justin Cronin does NOT disappoint on this front. THE PASSAGE is much more than just a ‘vampire’ book. As with much of horror and sci-fi works, the plague brought upon the earth is man-made. A group of hardened criminals, many of them on death-row or serving life sentences, are brought in for a military experimentation. Apparently, the military has found a way to inject these test subjects with a viral toxin that will make them ‘super-soldiers’ capable of handling any task and causing mass-destruction upon command.

Alas, like the warped experiments of Dr. Victor Frankenstein, these creations end up being uncontrollable by their creators. Even worse, they quickly infiltrate the population and bring a plague upon the entire earth that has never been seen before — and proves unstoppable. The only one who seems immune to the ‘virals’ is a young girl named Amy. Accompanied by her handler, FBI Agent Brad Wolgast, they escape the Colorado compound where the initial group of virals has sprung from and take refuge in the forest. Wolgast has no idea how they are going to survive, but he knows that Amy is no ordinary six-year-old and that fact may keep them safe. The first 250 pages of this novel set-up the afore-mentioned events and make the book nearly impossible to put down.

Following these initial events, the novel jumps ahead in time nearly 100 years. I found the sudden change somewhat unsettling and it took me a long while to comfortably get into the new characters and relationships. What made it that much more challenging was the fact that Cronin does not immediately give an explanation as to who these new characters are or what their ultimate purpose is. The reader is now presented with a group of human survivors who are living in a walled-in community on the lookout for ‘smokes’ or virals. Through emails, diary entries and news clippings you come to realize that the virals have all but claimed the earth and number over forty million in might. The group of survivors living in this haven may, for all intents and purposes, be the last human life on the planet.

All is not lost as the earlier part of the novel and the new present collide with incredible impact. This is caused by the introduction of a mute young female who is brought into the compound. Though she cannot speak, she is able to communicate her name to her rescuers — Amy. The very same Amy who we last saw as a six-year-old escapee of the initial viral breakout has aged only about ten years. The trouble is, this part of the novel takes place ninety-three years in the future. Who is Amy and what is her purpose?

A small band of survivors from the compound, led by the enigmatic Peter, set out with Amy to try and find other human survivors and possibly some military help. Additionally, they are aware of the rumors of an underground city in the mountains of the western U.S. built for the purpose of preserving government, military and others in the event of global disaster. If they can find this place, they may also be able to find the answers to what the virals are and if there is a way to ultimately defeat them.

The rest of THE PASSAGE does resonate strongly of both THE STAND and SWAN SONG as various groups of survivors are found and sides are amassed in the inevitable showdown between the forces of good and evil. The virals appear unstoppable and have the ability to take over thousands of souls at any given time. With chilling clarity, Amy points out to her group that there are not forty million of them — only 12. The biblical allusion to the ‘12’ is not lost on the reader as these acolytes of the government experimentation that made them what they are continue to struggle with their own existence and are unclear where it will all end. The strongest of the original 12, Babc**k, presents a particularly fearsome adversary and the group of ‘good guys’ may not be able to withstand his forces of ‘evil’.

THE PASSAGE is so well-written you will forget you are reading a ‘vampire novel’. There is no romance here or elements of conventional vampirism that other modern literary works have created to warp this genre. The virals are still very human and this first part of the trilogy only gives a glimpse of what may be coming for this man-made race of beings. The characters are all dynamic and interesting — most of all the mysterious Amy. Like all good series, THE PASSAGE has no ending and will have readers turning the last page in frustration as we have to wait at least a year for the next installment. The good news is that this book is a true hit and Ridley Pearson has already been signed to bring a film treatment to the big screen. Let THE PASSAGE mania take you into escapist wonderland this summer — but don’t turn out the lights!