If you haven’t heard of Aaron Dries you need to look him up because he is one hell of a writer. He has published one book and has another set for release very soon. He is a very talented guy and I was happy to have the opportunity to speak to him about writing, his favorite horror film, and just some random things in general.

Todd Martin: How long have you been writing, and how did you discover that you had a talent for it and enjoyed doing it?

Aaron Dries: I’ve been writing—albeit incoherent and ridiculous—stories since I was in the third grade. But what’s interesting is that even then, many of those tales had a warped sensibility. I recently found an old one, written for a school project, about a teacher who was torn apart by a lion! I guess the writing was on the wall, as they say. Although I aspired to write, I never really thought I was good at it. I kind of floundered through English class. It wasn’t until a story I wrote in my senior year received an F from my teacher because it made her stomach turn that I actually realized the power of my words. Looking back, that was an important moment for me. I repulsed a nun. Thumbs up! 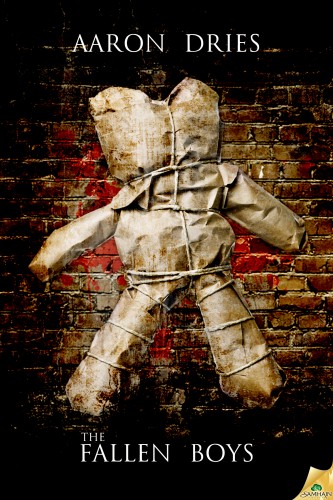 TM: Tell us a little about your books. What is the plot for each one and give us some details about some of the characters that appear in them.

AD: I’ve written two novels: The Fallen Boys and House of Sighs. House of Sighs is about a lonely, suicidal bus driver, who instead of killing herself with the gun she’s stolen from her father, she kidnaps the passengers on her route and takes them home with her … whether they want to go or not. The driver’s name is Liz Frost, a broken woman that you’re forced to sympathize with, even though she’s setting off a chain reaction that results in a massacre. Liz is both the villain and the victim of House of Sighs; she’s also a kind of Hitchcockian Mcguffin, but to say more would be giving things away (cue evil laugh).

The Fallen Boys is set in the same universe and is kind of a thematic sequel to my debut. It’s about a twelve-year-old boy who kills himself, and about the dark and disturbing quest his father embarks on in the search for answers. But some questions shouldn’t be answered … It’s about a lot of things, but primarily Internet bullying and the frightening temptation of revenge. It’s a blood-splattered and horrific cautionary tale, I guess.

TM: What would you say was the best piece that you have written? Which one is your favorite?

AD: That’s a hard one … I guess my favorite/ best piece of writing are one and the same —my newest novel, The Fallen Boys. I’m really proud of it. The story is labyrinthine, wrapped in mystery, yet punctuated by horrific moments that seem to hit you right in the guts. It’s a cruel book, in some ways, one that’s designed to unsettle and manipulate, to lead you in one direction only to take you in another. The Fallen Boys just flowed out of me. And that’s scary to me, especially considering how f*cked up it is.

TM: How would you describe your writing style?

AD: I have no idea, really. I wish I knew. People have said that I write novels of utter chaos, only they read so damn smoothly. I like that! Horror writing is a ballet, twirling from sympathy to repulsion, light to dark. You can’t stumble on your pacing. I also love contrasting elegant sentences with blunt incomplete sentences to disorient the reader. But above all else, I get a kick out of playing with a reader’s sympathy. That’s a great tool. If all this adds up to a style, then I guess that’s it.

TM: Who would you say were your biggest influences when it came to writing?

AD: I’ve long been influenced by Stephen King, as have so many authors. I love his regional voice, his settings and the way so many of his novels are high-concept ideas wrapped in tender character studies. That’s so admirable, and rare. I also can’t deny the impact R.L. Stine had my development even earlier. Yes, I was a Goosebumps and Fear Street kid growing up. I also discovered Robert Bloch in my early 20s, and wow, that changed me. I love the way he balanced horror and humor—and his psychological novels are so wonderfully plotted. Psycho and Psycho 2 are stunners. The Fallen Boys owes a hell of a lot to Psycho. Later in life influences were Jack Ketchum, Ryū Murakami and William Peter Blatty, among others

TM: What is your favorite work of literature of all time?

AD: I honestly don’t have a favorite, but here are a couple of close contenders. Rosemary’s Baby by Ira Levin is a perfect novel—it makes me sweat. King’s The Stand broke my heart. And I love, love, love Bret Easton Ellis’ Lunar Park. Favorites however, are a constantly changing thing for me. Who can tell what these titles might have been had you asked me a week ago!

TM: Tell us just a bit about yourself. What do you do when you aren’t writing? Do you have any hobbies or other interests that keep you busy?

AD: I love tinkering with video. I grew up making short films with my brothers with the old family camcorder, and that passion hasn’t gone away. I used to be a video editor and I’ve longed to work in film (although it hasn’t happened yet –so hire me, okay?). I just made the trailer for The Fallen Boys which I think it came out well, considering it was made for $30. I love to paint too. When I was younger, I was tempted to become a professional artist, but decided against it because it didn’t seem financially viable. So I became an author instead! Ha!

TM: What is your favorite horror film of all time?

AD: The Exorcist 3. That film scared the shit outta me. And yet it’s hilarious! And although I freely admit that it isn’t as good as the original (which I also love), it’s that decidedly William Peter Blatty-esque tone of humorous melancholy that elevates it (for me, anyway). It’s beautifully written, shot, acted and scored—even with the flaws and the studio tinkering. 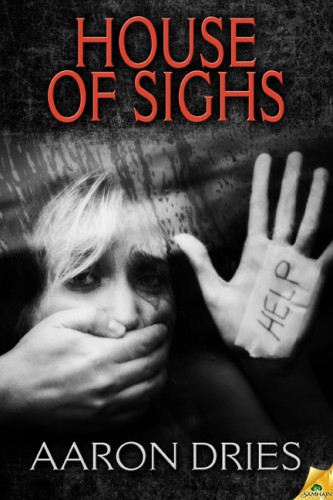 AD: The scariest book I ever read is a dead tie. Although neither are my favorite works by these authors. The first is Gerald’s Game by Stephen King; I couldn’t sleep after reading it as a teenager. And the other is The Girl Next Door by Jack Ketchum, which left me deeply shaken. With films, again, it’s not my favorite, but it’s still the most terrifying thing I’ve ever seen, was Alexandre Bustillo and Julien Maury’s Inside (2007). I saw it once, loved it, and now own it, but I’ve never been able to watch it again. I’m too scared. That’s never, ever, ever happened before!

TM: If you could co-write a book with anyone who would it be with and why?

AD: Gosh, what a tough one… I’ve never collaborated with another author before, but man, I’d love to. So if you’re interested, hit me up. For the dream team, I would have loved to work with Robert Bloch. I mean, who wouldn’t? Plus, he only did one collaboration, with Andre Norton on The Jekyll Legacy (1991), and it’s uneven at best. I don’t think working together brought out the best in either author… So basically, what I’m saying is: if the ghost of Robert Bloch would like to haunt me, and thus, make me a better writer, then please, feel free to do so. I’ll supply the chains. You rattle them.

TM: Do you ever suffer from writer’s block or just have a period where you just plain didn’t feel like writing? If so how did you overcome the problem?

AD: I’ve never suffered from writer’s block (thus far) and I always want to write, but I go through periods where I simply don’t have the time. Like many authors, I work full time and have life-commitments. The latter always comes first. Those special to us are usually the ones who inspire us the most, anyway. I work to live, not live to work. Writing just has to fit around all of this, somehow. I really wish there were more hours in a day. I miss writing whenever I’m not doing it.

TM: Do you have any future projects that you are currently working on you would like to talk about?

AD: I’m about half-way through my third book, but of course, who knows if it’ll ever see the light of day. It’s tentatively called Bastard Island and is about back packing’s darkest side. It’s set in Thailand, within the same universe as House of Sighs and The Fallen Boys, finishing a thematic trilogy. If it gets published … prepare to be frightened. I’m showing little to no mercy. I’ve also started planning another psychological horror novel called Mister Meanwhile and a supernatural trilogy called Lady Guillotine. But it’s all in the early stages. Stay tuned.

TM: What is your favorite subgenre of horror? In other words do you like slasher flicks, werewolves, zombies, vampires, aliens, etc?

AD: I’m not a hard-core subscriber to any subgenre so to speak, but I’m tired of watching and reading shit. I don’t know how to put it any more diplomatically than that. I’m burnt out on some things, like vampires, but if it’s quality stuff, I’m there. I adore books and films the blend genres (as opposed to those who blend villains (ie: vampires vs werewolves)), push the limits and get under your skin. A great example is both the novel and film version of Lucky Mckee and Jack Ketchum’s The Woman. What a glorious and grotesque mind-f*ck that was. And damn it, I love a good monster movie. I thought Darabont’s The Mist was amazing. I have a lot of guilty pleasures, too. And I mean guilty

AD: I’d love to give an utterly heart-felt shout out to every single person who read my first book, House of Sighs. You don’t know how much that means to me. A writer is nothing without readers. Fingers crossed you all come back for more. And also, thanks so much to the team at HorrorNews.new—it’s an honor to be here.