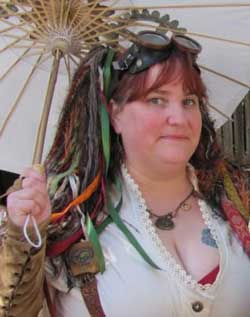 Tonia Brown is an up-and-coming writer who already has several published literary works to her credit. She enjoys writing in a wide variety of genres and is extremely talented in each one. Believe me when I say that she is a name to look out for as she is destined to leave her mark on readers, and I recently had the opportunity to speak to her about writing and a variety of other subjects.

Todd Martin: So tell us about some of the books and short stories that you have written.

TM: When (and how) did you discover that you had a passion for writing?

TB: I’ve always written something, be it bad poetry or rituals for my church. About seven years ago I turned my pen to fiction and found I enjoyed it. I also found writing very addictive.

TM: What is your favorite piece that you have written and why?

TB: That’s a hard question, because each one of them offers so much as far as story line and the sweat and effort that went into them. They are sort of like my kids. It’s hard to pick which one you love above the others. But if I had to narrow it down, I have to say I enjoy the story of BADASS, mostly because I have a soft spot for humor. Jonah and Dale get into some really funny scrapes, and Satan was just a pleasure of a character to write. It’s also the one book of mine I can clearly see in script form.

TM: What is your favorite novel and author of all time?

TB: GOOD OMENS, by Terry Pratchett and Neil Gaiman. Neil Gaiman is my fave author. He could transcribe the phonebook and I would read it. *sigh* 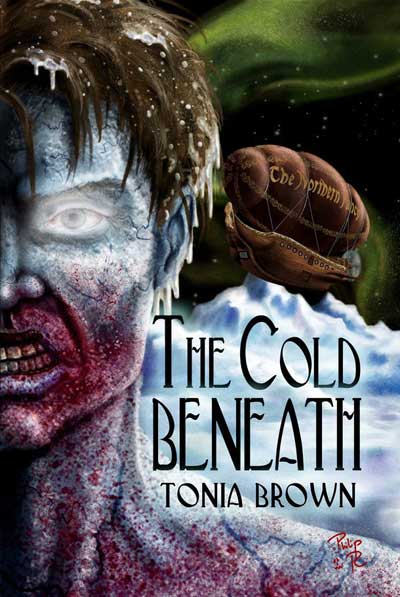 TM: Who are some of your influences when it comes to writing?

TM: If you could write the novelization of any horror film what would it be and why?

TB: Dale and Tucker Versus Evil, because once again I have a soft spot for humor. What delightfully hilarious horror! I love it!

TM: So what scares you? Do you have any phobias or is there anything that just creeps you out in general?

TB: Spontaneous Human Combustion. I am unnerved by the thought that you can just catch flame and smolder to death for no reason. *shudder*

TM: What do you like to do in your spare time when you aren’t busy writing?

TB: Spare what? Seriously though, I love to crochet. I really wished I had more time for it.

TM: If everything that you write could only be available in print form (such as books) or electronic form (such as Kindle) which would you prefer and why?

TB: Electronic simply because I do way better in electronic formats than print as far as sales are concerned

TM: Any projects that you are working on now you’d like to talk about?

TB: I have a new novel coming out in a few weeks that took me about two years to get right. SUNDOWNERS is a backwoods southern horror about the power of family, the evils of gossip and the nature of the artistic muse. I just got the finished cover for it from Philip R. Rogers, and of course it is gorgeous.

In other news, my novel THE COLD BENEATH has been undergoing an audio treatment by the very talented and amazingly wonderful Chris Barnes, from Dynamic Ram Audio Productions. I’m excited to add that his company has also agreed to take on several more of my novels. Hearing him read THE COLD BENEATH has been such an amazing experience, I can hardly wait to hear how the others turn out.

Aside from that I am working on another novel, about half way done, tentatively titled GNOMEGEDDON. It’s a humorous fantasy with a splash of gore. The storyline is really, really, really silly. And smutty. Silly and smutty.

TM: In your opinion what is scarier, reading something as it takes place in a book or seeing it with your own eyes in front of you on a movie or television screen. Why do you think so?

TB: I have always been a visual person, so I am going to have to go with on the screen. Don’t get me wrong, I have read some really good books that just about put me in that place, but films have the advantage of not just including sights but also sounds as well. *cue scary music*

TB: I’d like to give a major shout out to all of the folks that beta read for me. I couldn’t do it without you folks.

Thanks to Tonia for taking the time to let me interview her and special thanks to Jaidis Shaw for setting up the interview.

Tags The Cold Beneath Tonia Brown