George decides to show his roommate, Sam, a rare underground film from the late 70’s called ‘Evil Comes to Soggy Bottom.’ Soon, things take an unexpected turn in this award-winning horror/comedy that satirizes horror films and the people who watch them.

You might be wondering why name a short horror film “Horror movies Suck” if you trying to capture the very same audience? Well, Johnmark Tripplett has a rather sarcastic approach to the whole idea in the way of this little hilarious 5 Minute short film.

Sam (Rob Lambert) and George (Johnmark Triplett) are like many of us, looking for the ultimate horror film that will send them into cardiac arrest or at least have maximum impaCT. As they sit down with a classic zombie film named “Evil comes to Soggy Bottom” (banned in 9 countries accept the US) it isn’t before long that they are both screaming in terror at just about every scene. In fact, this reaction is a much-desired effect that most horror filmmakers would only “hope” to achieve. the exaggeration is pretty hilarious as the 2 carry on about the film and its impacting moments. Though there is another stab waiting to be taken at bloggers and forum junkies who easily bash and dismiss everything and anything. I love this correlation at it mirrors the genre Internet culture to a T.

As the movie continue……it’s pretty evident that truth is stranger than fiction culminating gin the ultimate payback upon those who relish in trashing movies that were “actually effective”. It’s a great turnaround little piece that I recommend every one checking out (and to live to see another day). It also might be a good reason to recap your words before entering the “Submit” button. 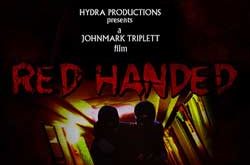 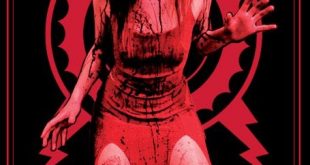