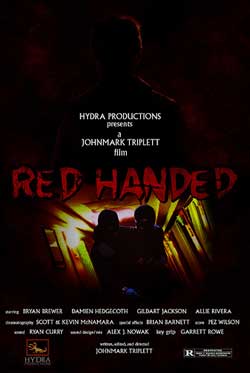 Two brothers find themselves trapped by a creature of darkness in an upscale mansion after a failed attempt at stealing a valuable artifact.

It seems to be the season for horror shorts, as they come rolling in, in droves. This particular short is titled “Red Handed” and features a few talents from the “Horror Movies Suck ” production. In under 8 minutes, “Red-handed” feels much like a scene pulled from a longer piece. It’s kept basic with 2 burglars who are intent on ripping off an ancient artifact. Though the botched job falls apart when they resident vampire attacks one of them. Fleeing in fear of their lives, they take cover only to find that for one of them its too late and for the other, well…. vampires are persistent.

The short in its quick execution is pretty fun to look at. It incorporates more than one action film technique to its edited look and feel. As a reviewer, I’m not sure there was really enough substance here for me to give this accolades beyond that. In a sense it could have been a trailer, but with a slightly longer run it’s left as a small short with promise. There was an instance where I was imagining a much more diabolical beast. My suggestion is to keep that suspense and not fill it in with an avenging Barnabas Collins.

RED-HANDED from HYDRA PRODUCTIONS on Vimeo. 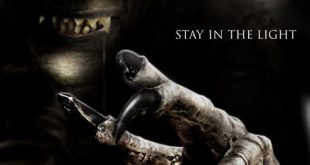 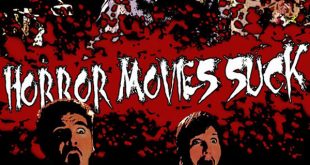