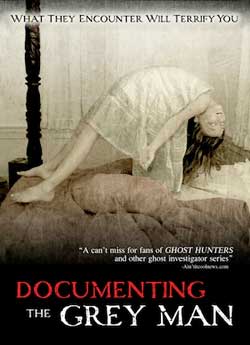 A ghost hunting expedition goes horribly wrong when the team finds out that an old ghost story is more than legend.

Found footage films have been around for a very long time, as in over thirty years long time. When The Blair Witch Project came out it rejuvenated the subgenre and of course imitators followed to varied success. 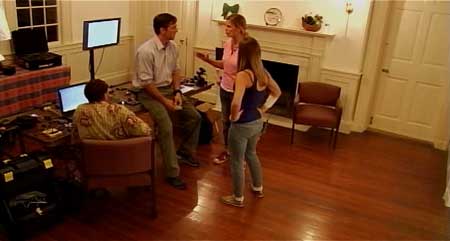 Next came Paranormal Activity to reignite the subgenre once again. Nothing like a low budget film that makes millions upon millions at the box office to inspire other like-minded filmmakers to pick up their own home movie cameras and give it a go.

And why not? I mean, you never know. Of course, as always, the results are wildly mixed. Documenting The Grey Man falls into this subgenre. I have to say that this film isn’t all that bad, though not scary. In a way it’s a parody but not meant to be funny. It’s short, clocking in at just over an hour, and to be honest that helps a lot. The first part drags a bit but nothing too critical, again partly because you know it’s not a long movie. 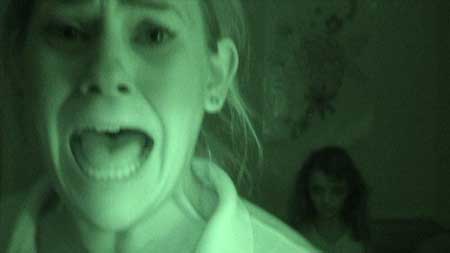 The premise is actually a good one. A group of five friends pose as paranormal investigators and go to a family’s home in South Carolina that is supposedly haunted by a spirit known to the locals as The Grey Man. They want to film a documentary that is two-fold. The first is about them trying to bring closure to the family by coming in and ridding the house of its evils. The second, they want to film behind the scenes to show that in reality the whole thing is just a hoax, not real in the least, to prove that paranormal investigators do more harm than good by increasing people’s awareness and making them see and hear things that aren’t really there.

I’ll be honest, I thought that was really cool. It’s a scenario that’s been done before in horror movies to the extent that you have people going to a location, scoffing at the local legends and warnings before finding out a bit too late that it’s all too real.

In this case it was fun to watch the filmmakers give a couple of quick jabs to all of the paranormal crews running around on television now. Please note that I like these shows and watch them but it did bring out a chuckle. 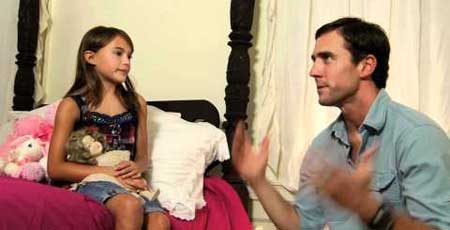 The opening words on the screen tell it all: On Monday, September 10, 2007, police officers were called to investigate possible multiple homicides at a historical Pawley’s Island, SC home. Investigators arrived to find a 29-year old man in a vegetative state covered in blood along with what looked like documentary film equipment. Three family members and five members of a “ghost hunting” expedition were missing. Through a Freedom of Information Act request, this footage was recovered. All footage was classified by police investigators as “authentic.”

You just gotta love beginnings like this. Somehow it never gets old. But what about the rest of the film? It’s mixed. Overall the acting isn’t that great. You could say that part of it is trying to capture real people talking like real people on film but that’s taking the easy way out. The dialogue could have come a little smoother and I’ll leave it at that. 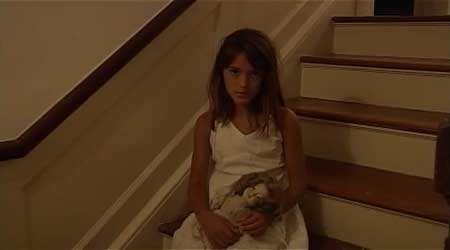 There were some cool shots in the film, horror clichés each and every one, but that didn’t stop me from enjoying them. I mean, how is it that little girls can always be so creepy? The special effects aren’t all that bad considering the budget. Like Paranormal Activity, you get a sound cue before something happens.

At just over an hour this is one short movie. In fact, some might argue it’s a short film but that wouldn’t be correct. (gotta be under forty minutes for that distinction). Part of me thinks the filmmakers could have made this longer by showing a gradual increase of the paranormal activity, and maybe that would have made a stronger film. But probably not. 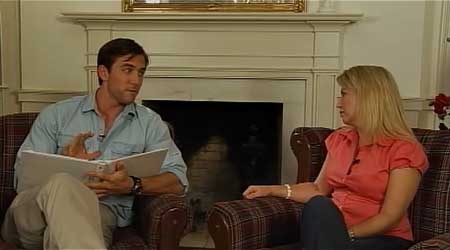 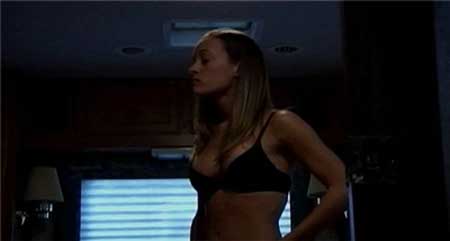 In the end, I would say Documenting The Grey Man is a movie I’d recommend but with caution. Some will find this pure amateur hour at the movies and only sacrificing an hour of viewing time will seem like too much. For me, I enjoyed it for what it was: a low budget attempt to cash in on the found footage craze. Think of it as silly fun with some cool scenes and you’ll be just fine.