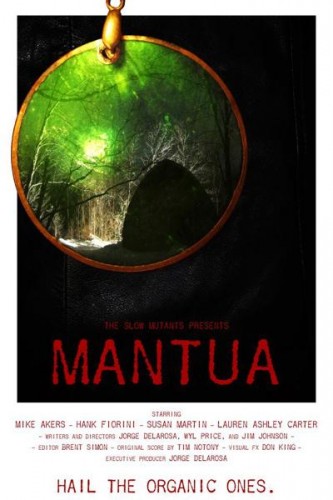 Will the evil organic cult take over the municipal water supply? Will The horrific killings of ‘local talent’ be put to an end? Will Agent Bellman get his Christmas bonus? And who are these people, anyway? Get ready to lick your computer screen as these tasteful delights unfold.

One thing can be said for the film “Mantua”, is that it is never dull. There is always something going on or happening. What that is defies description. I can probably describe it to you, I just had no clue as to what was going on half the time. The film tries to be weird, fun, and even quirky. The key word in that sentence is ‘tries’. I really don’t think it achieves much other than confuse the viewer with the lunacy that ensues. I can say that I didn’t hate the film. That’s something, right? This feature length version of The Slow Mutants’ short films, may actually play better as shorts. Some additional scenes were added into the narrative but I’m not sure that was enough to make it a cohesive whole. So let me tell you a little bit about the brainchild of these Kent, Ohio natives.

The film opens with a bloodied man screaming and running through a field. Then we move on to another man who ends up doing roughly the same thing. Then we finally meet Special Agent Stephanie Bellman (Mike Akers) who is investigating a string of missing persons in Mantua. His first lead is that of local author Widow Presley (Susan Martin) whose stories have an eerie similarity to the events that had transpired. We can’t forget the local business man Marguile Novie (Mark Stephens) and his famous sandwich. Just where exactly is that meat coming from. Then we have the group of cultists who worship “The Organic Ones”. They are growing a special type of super pot that is crossed with some sort of flower or something. It’s fertilized with human spinal fluid. They are making sacrifices to their Gods that are bringing people back as half human half plant hybrids. All this is going down in a little small town with a population of just over a thousand.

For some reason I felt like that guy who gets invited by an acquaintance to go out with a group of friends. As the night goes on, they are laughing at all this stuff that you think is completely moronic and just don’t get it. They, on the other hand, think they are just the funniest and most clever folks to walk the planet. This was how I felt about “Mantua”. It was slightly amusing but mostly just annoying and confusing. I admit that a few of the performances were kind of entertaining. It just seemed that everyone in the film just brought a few friends to toss on screen when the director yells action.

The stories, while originally presented as shorts, should have just stayed exactly that. Maybe if the stories had been distanced more from each other and a wraparound story used instead, this could have fared much better as a traditional anthology. As it stands, there is just too much going on at once and it is headache inducing trying to wrap your brain around everything that is transpiring. Some moments were able to cause me to chuckle once or twice but not much else. I get what the filmmakers were going for, I just don’t feel they attained it. 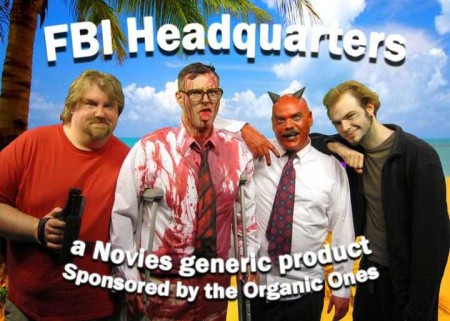 “Mantua” isn’t a waste of time, there are a few entertaining moments. I just wasn’t digging the way the film was put together. Just too much going on and not enough of a cohesive narrative. If that was what they intended, well then, I guess you can scream success. I don’t think this is something that I would recommend to anyone. It might actually be interesting to watch the original short films. Seeing how each story plays out without the interference of the others may make a world of difference. Either way, the film still just feels like a group of bored friends in a small town got together and “Mantua” was what they came up with. Nothing special *1/2 (out of 5).