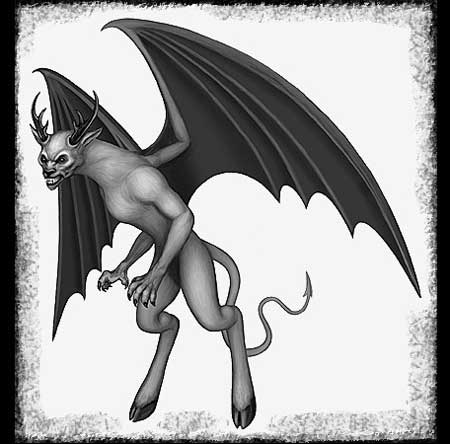 Each part of the United States claims its own strange legends and fantastic creatures, but one of the most bizarre is the Jersey Devil, a merger of Revolutionary-era folklore and cryptozoological conjecture. Dwelling deep within New Jersey’s Pine Barrens, an area of cedar, oak, and pine trees teeming with wildlife, the Jersey Devil is allegedly responsible for livestock deaths, unnerving shrieks in the night, mysterious footprints, and unexpectedly frequent sightings. Is the Devil a case of mistaken identity, or does an actual monster lurk in the heart of the forest?

While documented sightings did not begin until the mid-1800s, the Jersey Devil’s origin dates back over a century earlier. Several versions of the story exist, but the most popular is that the impoverished Mrs. Leeds, mother of twelve starving children, discovered she was pregnant for the thirteenth time.

Thoroughly unhappy with this development, Mrs. Leeds proclaimed the child might as well be a devil. Apparently she got her wish, for what emerged from her womb bore the head of a horse, the wings of a bat, cloven hooves and a tail. The creature flew up the chimney and off into the woods, where it fed on livestock and small children.

The Pine Barrens are a place frozen in time, once exclusively the domain of the Lenni Lenape Indians and feared by white settlers. Still mostly undeveloped despite their closeness to both Philadelphia and New York City, the Barrens evoke comparisons to the mystical forests of Old Europe. Perhaps the memory of those forests encouraged early settlers to imagine a terrifying creature inhabiting the woodlands of their new home. Add to this the groups of “pineys,” which included military deserters, outlaws, religious dissidents, and British loyalists, as well as traditional tales of the Bogeyman, and it is not difficult to understand how a new legend may have taken hold. 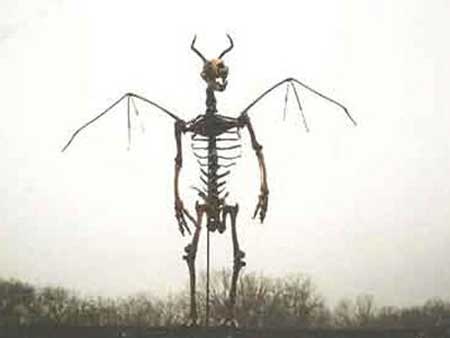 Two other famous New Jersey legends, a pair of benign and often actively helpful ghosts, call the Pine Barrens home. One is the White Stag, a spectral deer that aids travelers and prevents impending disasters. Seeing the stag is said to bring good fortune. The other is James Still, the “Black Doctor” whose skin color prevented him from practicing medicine in the 1800s. Withdrawing into the Barrens, he learned medicine from books and local Native Americans. Still’s ghost is said to come to the assistance of those injured or trapped in the forest. These tales stand in stark contrast to the Jersey Devil, whose appearance is said by some to be a harbinger of doom. The Jersey Devil has been spotted at the start of all major wars, including the Revolutionary War and Civil War. 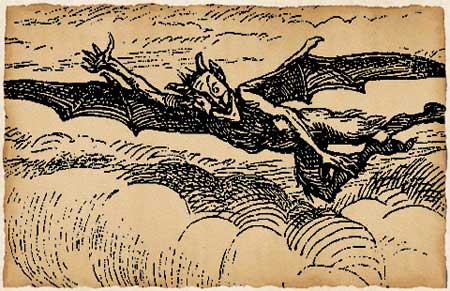 It is easy to dismiss the cries and livestock mutilations attributed to the Devil as the work of bobcats, coyote, badgers or foxes, all of which reside within the Pine Barrens. And the Devil’s origin story is clearly rooted in fantasy as well. However, people ranging from policemen to a Trenton, NJ councilman to Joseph Bonaparte, Napoleon’s brother who lived in nearby Philadelphia for a time, maintained they had encountered the Devil. During one week in early 1909, more than 1,000 people all over South Jersey and Philadelphia reported seeing the creature. It was the largest rash of sightings in Jersey Devil history and remains unexplained to this day.

Due to numerous hoaxes, in the mid-1960s both police and the press began ignoring any accounts of the Devil. Today’s Jersey Devil sightings are largely rejected as misidentifications of well-known animals like the great horned owl or the sand crane. Modern theorists, however, contend the Jersey Devil might be a rare, unidentified species. A particularly intriguing aspect of the myth is that most descriptions of the creature are consistent with that of certain pterosaurs, particularly the Rhamphorhynchus or Dimorphodon, which went extinct millions of years ago. The idea that a small population of dinosaurs could have managed to survive in the Barrens, however unlikely, nevertheless presents a fascinating twist in the evolution of Jersey Devil folklore.

The Jersey Devil has been featured in everything from books to video games, and is even the namesake of a professional hockey team. It also spawned an “official” research group called The Devil Hunters. We may never know the Jersey Devil’s true identity, but given its prevalence in popular culture and its ongoing sightings, the legend will certainly be with us for many years to come.