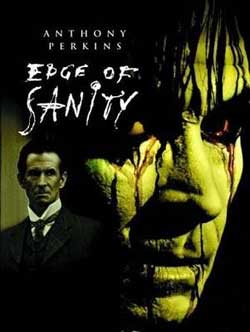 When Henry Jekyll’s experiments with cocaine have gotten out of control, he transforms into the hideous Jack Hyde. As Hyde he searches the London streets at night for his prey in whorehouses and opium dens. The police can’t catch him, he has nothing to lose but his mind…(IMDB)

I am a big fan of fanfiction, especially crossover stories where characters from one fandom are thrown into the universe of another fandom. But until I had seen Edge of Sanity, it had never occurred to me to cross Dr. Jekyll and Mr. Hyde with Jack the Ripper. Though for the life of me I can’t figure out why, because what this film makes really obvious is how well the two stories mesh together. Of course a lot of that rests on how fabulously Anthony Perkins plays crazy, but some of it also rests on the the fact that the two stories (one fiction and one sadly not) make sense intertwined. Who’s to say Jack the Ripper wasn’t a deranged, drug-addicted psychopath who would “disappear” between killings into a seemingly innocent and well-respected physician? It is as good an explanation as any really. 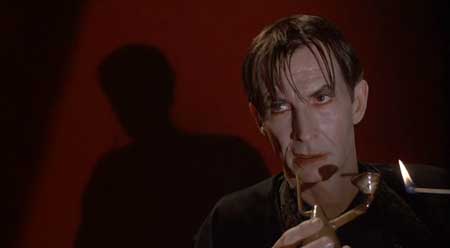 The plot of this film basically breaks down like this: Dr. Jekyll is a well-respected member of the community. He has a lovely wife and a big house, and treats battered prostitutes who have had a tough time on the street and need a little compassionate care. Dr. Jekyll also is beginning to have a bit of a drug problem, which in turn is leading him into a multiple personality disorder problem, followed by a prostitute killing problem. If you have any previous knowledge of Dr. Jekyll and Mr. Hyde as well as Jack the Ripper you can pretty much figure out where the plot of this film is going. 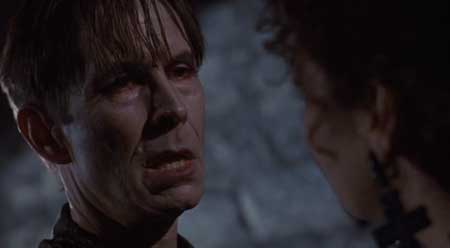 If you don’t, where the heck have you been over the last century or two? Seriously, both of those are pretty much ubiquitous cultural references. I don’t even know where to begin with you if you haven’t heard of them before.

So we’ll move on. 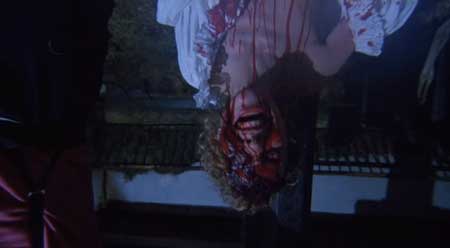 Edge of Sanity is a pretty interesting piece of cinematic work. It is set in the Victorian era but made in the late 1980s and the filmmakers weren’t above throwing in some flashy 80s fashions to spice things up a bit. There is also a fair bit of ultra-violence and a healthy smattering of full frontal nudity – both male and female (okay so the male nudity surprised me a little as I was looking down at the computer screen for a minute and when I looked back it was to a bath house scene full of naked male business on display – surprise!). I can’t say the acting of every person on screen was excellent BUT Anthony Perkins more than made up for it with his insanely over-the-top take on Dr. Jekyll/Mr. Hyde/Jack the Ripper.

Seriously, women were throwing themselves all over him for the creepy doctor lovin’ and I just kept thinking he looked twitchy and greasy and demented and strange and what exactly were they so attracted to? I just wanted to give the poor guy cab fare home and tell him to sleep off his outrageous bender, but I guess that was just me. 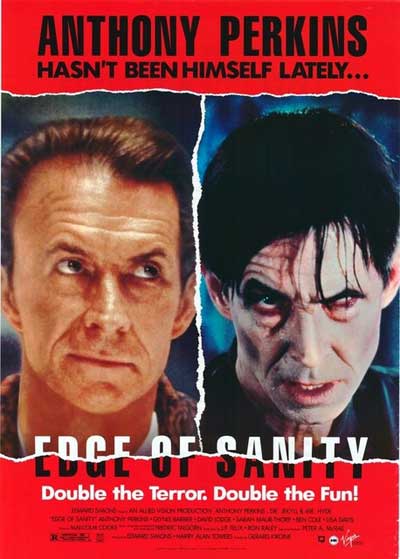 I’ve gotten to where I don’t expect much from the horror films I’ve never heard of, because it usually turns out there is a reason I’ve never heard of them. But I really enjoyed watching this movie. It was fast and violent and strange and had great synthesized music mixed with excellent crazy-person dialogue. The mix up of Victorian and punk style actually seemed to work (even if it did throw me off a little the first time I noticed it) and the ending was wonderfully dark and reminded me a bit of American Psycho (one of my fave films of all time). 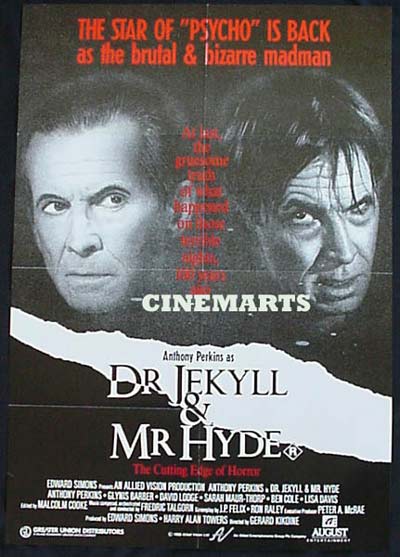 I’m sure it takes a special kind of film fan to appreciate Edge of Sanity, so I wouldn’t recommend it to just anyone. But for those true horror fans out there that love a bit of mash-up with their blood and gore, I think it should be a must see. 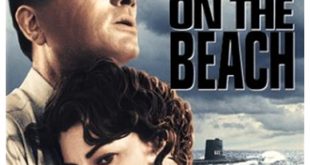 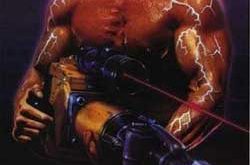