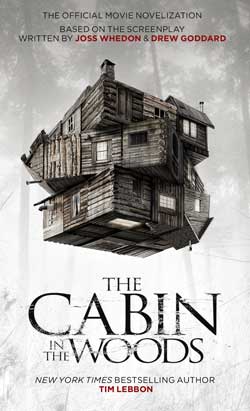 The Cabin in the Woods Official Novelization
Author Tim Lebbon

The novelization of the film The Cabin in the Woods written by Tim Lebbon. The basic storyline (without giving away any spoilers though I think anyone who would be interested in reading this novel has already seen the movie and knows what happens) revolves around a group of college students heading out to a cabin in the woods to relax and have a good time. Instead something terrible happens and they all find themselves battling a number of different creatures to stay alive. The plot may sound simple enough, but believe me when I say that there is something a lot deeper going on under the surface.

Unless you’ve been living under a rock lately you are familiar with Joss Whedon and Drew Goddard’s movie The Cabin in the Woods (or at least you are aware of all the hype that has surrounded it for the last couple of years). I haven’t seen the film and wasn’t sure that I would like it after hearing more and more about it from people who went to see it over and over again, but after looking at the Official Visual Companion for the film (which I also reviewed recently for this site) I changed my mind and thought that it looked pretty good. I just finished reading the novelization and while it was OK, I just can’t justify running out and buying a copy of it unless you are just a hardcore fan of the movie and have to own every single piece of merchandise related to it that is released.

I personally have never quite understood the point of novelizations of movies. I love to read as much as the next guy, but if something comes out as a movie before it is written as a book you can bet your ass I am going to watch the movie and most likely skip out on the novel. I remember when I was younger and was a huge fan of the movie Gremlins. I was fanatical about having everything that I possibly could that had anything to do with the movie (including reading books from Hardee’s that had records that you could listen to while you read, toys, stickers, coloring books , the list goes on and on…) and at some point I ended up getting the novelization for some unknown reason. The book wasn’t nearly as good as the movie version (there were parts in it that never took place in the film that confused the hell out of my little nine-year-old mind), and that is pretty much how I felt after I read The Cabin in the Woods novelization. Some things just don’t translate very well to book form (and vice versa), and even though there are a lot of exciting things going on in the book it just isn’t the same as seeing it actually taking place in front of you on a movie or television screen.

As I said earlier, I haven’t seen the movie so I don’t know how closely the novelization stays to the film version. I have read the original screenplay (which the novelization is based on) and from what I can tell it stays pretty faithful to Whedon and Goddard’s original ideas. Of course the novelization goes into a little more detail in some ways when it comes to the characters and their inner thoughts, which I’ll admit author Lebbon does a great job of doing. Even though I wasn’t thrilled with this novel I will admit that he is a good writer and did his best translating the screenplay into a novel. If nothing else reading this book makes me want to check out his other works.

The Cabin in the Woods novelization isn’t a bad read, but it is just a little unnecessary in my opinion. I really can’t see anyone taking the time to sit down and read it from cover to cover after seeing the movie, and even if they did I think that they would find it lacking something when compared to watching the actual movie. Not really worth your time unless you are just a super fan of the film or you are into collecting movie novelizations. 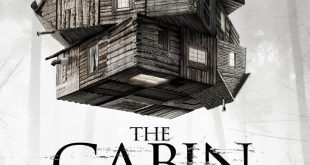 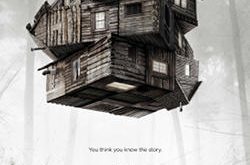 Live near Cleveland or Cincinnati? Wanna see THE CABIN IN THE WOODS?