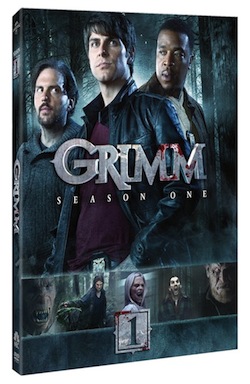 OVERVIEW: Classic Grimm’s fairy tales come to life like never before in the “dark and imaginative” (Mike Ayers, CNN.com) supernatural series “Grimm,” from the producers of Buffy the Vampire Slayer and Angel. Homicide detective Nick Burkhardt (David Giuntoli, “Privileged,” “Grey’s Anatomy”) discovers he is descended from a long line of criminal profilers known as “Grimms,” protectors who are charged with keeping the balance between humanity and the creatures of myth. With newly awoken abilities to detect the evil lurking among us, Nick struggles to keep his old life separate and safe as he becomes ever more entrenched in the ancient rivalries of the Grimm world. Available onBlu-ray™ and DVD on August 7, 2012, “Grimm” Season One allows fans to experience all 22 chilling episodes back-to-back and uninterrupted.

BLU-RAY™ and DVD BONUS FEATURES INCLUDE:

DELETED SCENES
GAG REEL
THE WORLD OF GRIMM: Get to know the characters and creatures that inhabit the world of “Grimm” and discover the inspiration behind the storylines.
MAKING MONSTERS: Go behind the scenes with Andy Clement and Barney Burman as they take viewers through the special makeup effects design and application process. The talented team from Hive FX also shows fans how they give life to the monsters of “Grimm.”
GRIMM GUIDE: An interactive book that provides insight into the various creatures featured in the show.
AND MORE! 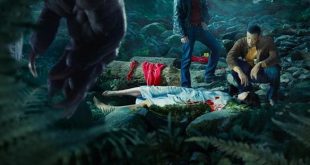