John Cusack has been horror happy of late. His last handful of films have all been genre related fare and it looks like that trend is going to continue.

His next film titled FROZEN GROUND will highlight him as a serial killer stalking the Alsakan landscape. Hunting him down will be none other then Nic Cage. Here’s all the details:

FROZEN GROUND tells the tale of Alaskan detective Glenn Flothe (Cage) as he sets out to end the murderous rampage of Robert Hansen (Cusack), a serial killer who has gone unnoticed for 13 years. As the bodies of street girls start to add up in Anchorage, fear strikes a chord with the public. Risking his life, Detective Flothe goes on a personal manhunt to find the killer before the next body surfaces. When a seventeen year old escapee reveals key information about the case, Flothe is finally able to trail the killer. But will he catch him in time to save the next victim?

Okay, sounds pretty good. I’ve been liking the stuff that Cusack has been up too lately and I’m always game for a new Cage film so bring it on! No release date info but they must be thinking about it, they sent all this info along. A couple pics below. 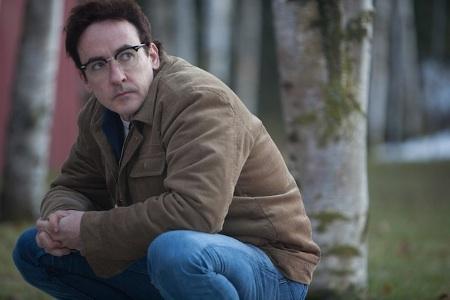 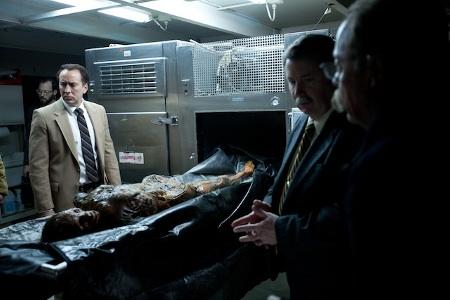