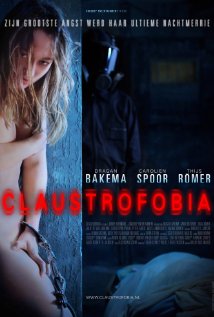 When Eva opens her eyes a young girl finds herself chained terrified for being abused. Her fears become reality in a way no one could ever imagine.

The first thought that went through my head when I noticed I had a Dutch film was, “At least it’s not “Girl with the Dragon Tattoo”. It’s tends to be frustrating watching a movie you have no interest in, for whatever reason, only to hate every minute of it. Thankfully, I lucked out. I really had no interest in the Dutch thriller “Claustrofobia”, much to my surprise, that ended up being expertly directed and a solid film that starts off pretty generic then twists and swerves its way into being much more original than expected. From what I have gathered from my research, director Bobby Boerman originally released the film for free, on the internet. This was all an attempt to get his film out there and to be seen as soon as possible. An interesting choice since most filmmakers aren’t too keen on embracing that particular model of distribution. It seems that the film is making its rounds the world over and making it to the U.S. shores via Seminal Films.

The film opens with a young boy and girl breaking in to some sort of old hospital. She promises to let the boy kiss her if he is willing to spend ten seconds in an old morgue body locker. The boy is left there screaming then we flash forward to the present. Eva (Carolien Spoor) is a failing veterinary student who is also an aspiring actress. She finds herself the perfect apartment and quickly moves in. After a night of partying, she wakes up in a stone room handcuffed to a bed. Her assailant keeps her fed and allows her to use the bathroom. Also, he draws blood from her. What is it that this masked man wants with Eva? If she isn’t able to escape, it could end up being the death of her.
. 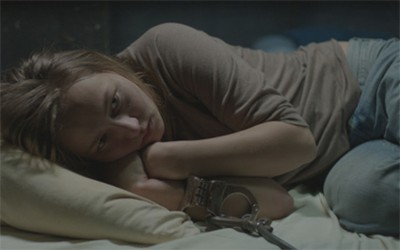 This is a hard film to describe since there are several twists and surprises that are best left that way. So I will try my best to give an interesting review without giving away too much of the story (though it might be impossible). One thing I noticed was the pacing of the film. It runs 90min but moves much quicker. Everything happens quickly and there was never a dull moment. Each beat the film takes was expertly placed at just the right moments to keep you on the edge of your seat.

I will admit though that for the first 30-40min I thought I knew the whole story and I ended up being wrong. There were a couple of twists near the final act that were a bit surprising to me. What really sells the picture is the performance of lead actress Carolien Spoor. She has a girl next door quality that you fall for at the beginning of the picture. The rest of the film you have your fingers crossed, hoping that she escapes her captor. The cast is pretty light but other stand out performances by Dragan Bakema and Thijs Romer should also be noted. For a film that was released directly to the internet, the production value looked pretty high. Most likely that credit should go to Boerman for creating a world that is frightening on a tiny budget, though you could never tell.

“Claustrofobia” is a thriller of the highest caliber. Bobby Boerman directs with confidence from a script by Robert Arthur Jansen. Though the film is Dutch, I feel that it will appeal to a much larger audience, especially if they are willing to read subtitles. Just say no to dubbed, yuck!! The film is light on the violence, when it does rear its head, it is brutal. Carolien Spoor was a pleasure to watch and a likable heroine. I recommend “Claustrofobia” to those appreciate a good thriller with a twist (don’t fear the subtitles). When I thought I had it pegged, it surprised me so I am giving it ****1/2 (out of 5). Not a straight up horror film but the thrills are there. 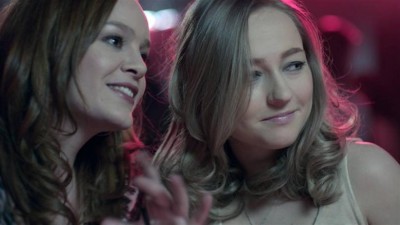