Anxious to explore the mysterious hidden world under metropolitan Berlin, an international group of four urban explorers hires a local guide, Kris, who leads them into the maze of escape tunnels and subterranean fortifications under the city. When their guide has a bad fall, two of the girls in the group frantically set off to seek help while Denis, the young American, stays behind. Armin, a former East German border guard suddenly appears from nowhere. Out of sheer desperation, Denis allows Armin to lead them and their unconscious guide to safety and it is at this moment that Denis realizes he has just made the biggest mistake of his life! (courtesy of IMDB)

I’ve probably said this before, and I’m sure I’ll get to open with this again at some point, but I don’t really like torture p*rn. I don’t have a problem with gore or violence, but I do have a problem with films that use excessive amounts of both to cover up for the fact that they don’t have much of a story. And it is the story that scares me, not the gross out effects.

Going in to Urban Explorers (or Urban Explorer, or Urbex: Urban Explorer, depending on which site you are looking at and not to be confused with the documentary Urban Explorers: Into the Darkness) I had a feeling it would turn out to be another in a long line of torture p*rn films. It had that dark modern creepy feel mixed with erratic camera work and fancy editing to it that Saw and Hostel also had. It also included four inexplicably beautiful young people traipsing around Europe looking for an extra special good time. After experiences with Human Centipede we all know where that kind of desire can lead you.

The premise of this film is built on the Urban Explorer (or Urbex) movement, where people explore underground tunnels, derelict buildings, and modern ruins. It actually sounds pretty interesting, especially in cities built upon the ruins of earlier cities that may have been destroyed in fires or floods or earthquakes or wars or what-have-you. And the miles upon miles of dingy dark underground located underneath Berlin is a pretty promising setting, both for urban exploration AND violent gory murderdeathkill. I can see how the filmmakers came up with the idea of combining the two.

But just because the setting may seem made for horror, doesn’t mean a particularly horrifying film was made from it. Even though I don’t care much personally for torture p*rn, I did my best to like this movie. I’d read good things about it online while doing some initial research. It won a bunch of awards at film festivals and was heralded as one of the best films in the genre for 2011. But I also read some not so good things about it. I’m not the only one who has noticed the lack of good storytelling in this particular horror sub genre.

The plot basically went like this: four pretty not German people meet up with a German guy to go explore tunnels underneath Berlin. Their ultimate destination is a walled up Nazi bunker filled with some kind of crazy Nazi artwork. Along the way to the bunker they get dirty, wade through water filled with some kind of creepy moving thing, meet up for a few tense moments with possibly dangerous neo-Nazis, and bond over the telling of a WWII Nazi evil scientist horror story. They even take some time to pose for a cute photo together in the bunker. And of course it is only moments after this picture is taken that everything goes horribly and yet predictably wrong.

I won’t go into what all happens next because I’m not big on direct spoilers myself, but also because if you have seen The Descent, Creep, or any other recent torture p*rn titles, you’ve pretty much seen the plot for this. However, in my attempt to explain why I was disappointed in this film, a few spoiler-y elements may appear. 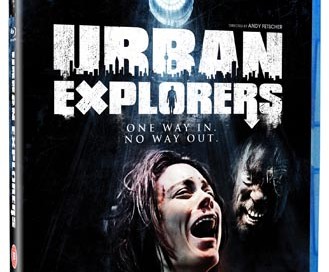 Let us start with the Big Bad. He was played by German actor Klaus Stiglmeier with the kind of method abandon that you don’t see all that often in psycho killer characters. He was big and dirty and heavy looking, with a growl-y voice and giant teeth and the most maniacal grin I’d ever seen. He was also very obviously the Big Bad from the moment he appeared on screen. The main characters should have seen it coming. But that wasn’t my main issue. My main issue with him, and with many psycho killer characters before him, was his super human ability to pop back up again and continue on his Big Bad murderous rampage even after being wounded in a fashion that would have rendered any normal human completely dead. He was shot, yet popped back up again. He was stabbed, yet popped back up again. He had his head bashed in by a metal pole and, you guessed it, he popped back up again. In a film that wasn’t really depicted as having supernatural elements, that sure seemed supernatural to me. I hate supposedly completely human Big Bads that refuse to die. It is annoying and it isn’t scary. The shock factor of that plot device wore off for me about fourteen Friday the 13th sequels ago.

Like the over-used element of a seemingly immortal Big Bad, the other main issue I had with Urban Explorers was how incredibly stupid the main characters were. Had none of them ever seen a single horror film before? If they had, they would have known that situational awareness in dark creepy tunnels full of murderous psychopaths is the most important thing to have. Period. You don’t walk blindly into dark rooms, you don’t leave Big Bads knocked unconscious on the floor and turn your back on them, you don’t make it to possible safety and immediately lay down as if their is no possible way anything could happen to you now. Luckily I didn’t know any of the main characters enough to be terribly upset when they got offed, but it was still frustrating how stupid they were. At one point TheBoyfriend, who got roped into watching with me, actually yelled at one girl that he hoped she would get killed because anyone that stupid deserved to die. That was a pretty good way to sum up how I think we both felt toward the end.

The acting wasn’t terrible here, and the film certainly looked all slick and professionally made. The editing was done pretty well and the locations were properly creepy. But it wasn’t enough to make Urban Explorers more than a slightly better than average torture p*rn flick. A few cringe worthy scenes doesn’t make up for a threadbare plot, a lack of likable or relatable characters, or some good old fashioned realism.

*A quick note about dialogue: Unfortunately the copy I had of this film did not include subtitles, and there were quite a few scenes where the Big Bad waxed on at length in German. From what I read online, some of the stuff he said is pretty damn creepy. His tone certainly implied that it was. But I couldn’t understand it so the effect was lost on me. If you watch this, make sure it has subtitle options or have someone with you that speaks the language so you don’t miss out. 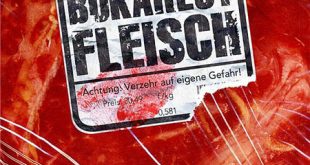