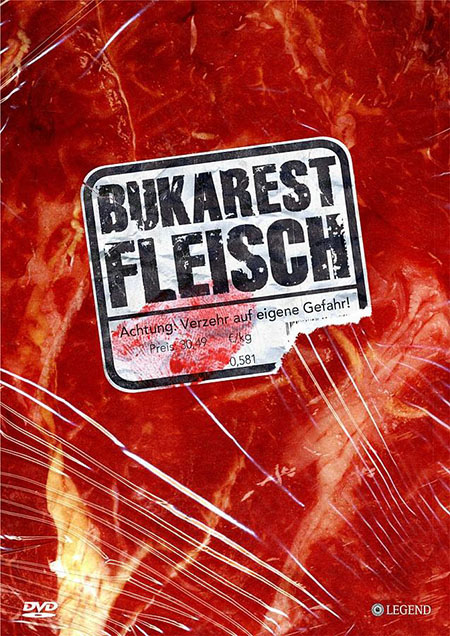 A young woman discovers that her family may have been killed in Eastern Europe, so she sets out on a journey to find the truth. Along the way, she uncovers a terrible secret about a local food scam.

First films are difficult. You can either hit it out of the park, becoming an instant celebrity and someone whose newer works are awaited with baited breath, or you can fail miserably and have to go back to the drawing board to be taken seriously in your chosen medium. It’s difficult to know which will result from any film that you make until it goes before the jury, who view you through the lens that you’ve recorded your art. In the movie Bukarest Fleisch, director Andy Fetscher has made a film that is at once interesting, brilliant, polished, and fundamentally flawed.

A young German woman discovers that her family has been killed in Eastern Europe, but she refuses to believe it until she can see with her own eyes. In this vein, she travels to the country they supposedly died in to verify their fate and bring them home. Along the way, she discovers a company who produces a mystery meat in a can, which looks just as appetizing as it sounds. She is threatened by men and monster alike as she desperately fights to survive and uncover more of the mystery behind the mystery meat.

It’s an interesting premise for a film, and it’s delivered in Hostel-like clarity and polish. It doesn’t look like a first film; the camerawork is excellent, the scenery is beautiful, and the acting is at least generally good. It also doesn’t look like a prototypical German horror film. It’s really more of a mainstream American horror film, just in German; it’s loud, not overtly or ridiculously grotesque (though certainly not lacking in gore), with jump scares galore and stylistic camera work.

It’s bizarre, to be sure, which is certainly to be expected from German cinema as a whole, but it’s not bizarre in the standard, sanity-questioning way that most German horror seems to be. There’s no reality bending, paradoxical horror, there’s much less blood than I’m accustomed to for movies from that country, and it’s not the generally dirty, gritty production quality that I’d expect either. It was quite a pleasant surprise to come across a movie that didn’t make me roll my eyes between unrealistic blood spatters and ridiculously “Americanized” acting. It seemed much more real than the norm, and that is quite a nice thing to come across in this genre of film.

Bukarest Fleisch is sort of a cross between Texas Chainsaw Massacre and a standard, boring zombie flick, and therein lies the problem. The monsters are genuinely scary, the jump scares actually make you jump a little (especially because of their unexpectedness from a film like this), and everything is put together into an all-around sensible film. However, it’s also dreadfully boring throughout most of the runtime, and it’s nothing that you’ve never seen before. It seems as if Fetscher tried to make an Alfred Hitchcock film with a little more blood and guts than usual, at least for the first thirty or so minutes of the film. Unfortunately, Andy Fetscher is no Alfred Hitchcock. The drama is heavy-handed, and completely out of place for what follows. Then again, Alfred Hitchcock is no Andy Fetscher either, I suppose. The blood and scares are much better than expected, and the turn away from suspense to horror is handled deftly and with great speed.

There are enough shots (like the random impositions of scenes from at-least-seemingly real slaughterhouses) to retain the film’s German heritage while also having enough legitimate skill and craftsmanship to appease American audiences. While I highly doubt that the film will draw any sort of following (there are just oh, so many dreadfully bad films to sift through), it’s well deserving of one. This film is much more along the lines of Funny Games than Andreas Bethmann’s porn/splatterhouse-chic. And as anyone who has seen and appreciated Funny Games or it’s American remake can attest, that’s quite high praise.

This is a film to see without reading too much about it, and one that’s definitely worth the watch, especially for people looking for something just a little bit different.