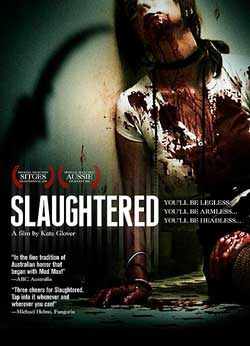 Everyone’s getting slaughtered in the pub tonight!

As important as first impressions are they should always be tempered with another cliché; never judge a book by its cover. A first impression is just that, an impression, and should never be used to replace getting the whole story. This is especially true for movies since the movies are all about not what it is but what it looks like. If the victim gets stabbed in the gut it only looks that way, they didn’t actually get stabbed. Just because something looks good after a first impression doesn’t necessarily mean it’ll get any better with a second impression. 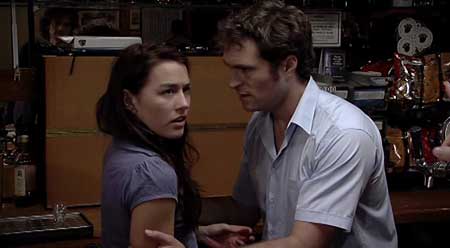 In a small Australian pub a body is discovered and the manager, believing that the killer is still outside, decides to lock all the doors while waiting for the police to arrive. Soon, however, more bodies start turning up and the staff begins to realize that the killer is locked inside with everyone else. 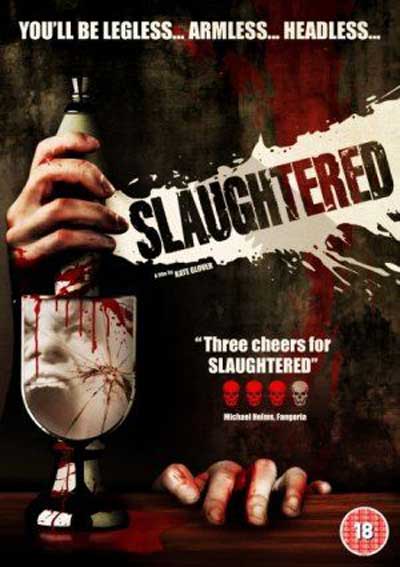 Maybe it was the character set up. A small group where everybody knows everyone else’s business; is Jamie going to date the manager Ryan, will Luke get violent when Sarah breaks up with him, is Jasper the awkward new guy really going to be the killer? Maybe it’s the inherent charm in their Australian accents. Perhaps it’s just because the cast is made up of young and attractive actors. There may be something else entirely but despite some early faults, I couldn’t help but like “Slaughtered” from the beginning. At least I started out liking it. As with most horror movies the character development and growth disappears once all the killing starts. There is a small moment at the end but by the time the movie gets there it’s hard to care anymore. 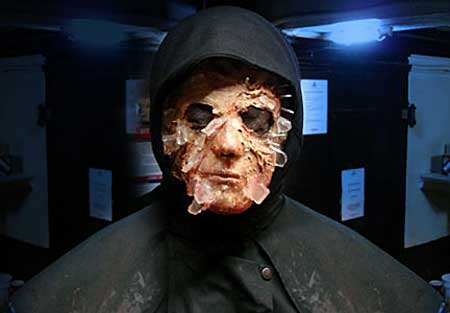 The main problem is that the movie sabotages its own credibility the further along it goes. The choices made by everyone become increasingly unbelievable. After the manager finds the first body and calls the police he doesn’t want to tell anyone as to avoid a panic. Sounds reasonable, but he then decides to lock all the doors so that no one can leave until the police arrive. Miraculously no one notices. The entire pub is rather large but there’s still upwards of thirty people inside and yet the killer is still able to roam around and kill with relative impunity. 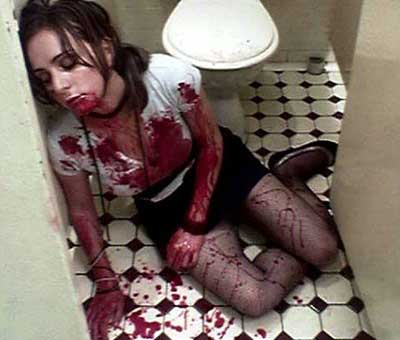 Perhaps they’re all just too drunk but I’m sure more people would notice as the bodies start to pile up. As the bodies are discovered a strange thing happens, only one person at a time is allowed to freak out while everyone else keeps working. Even after seeing a body, the staff gets back to work while someone else freaks out about a corpse. It’s a good thing the staff is so dedicated and diligent since by the time that they’re almost all dead, the patrons are all passed out drunk at the tables as if it were nap time. At least that makes some sense because none of the drunks ever notice the rapidly disappearing staff, screams or random bodies throughout the pub. 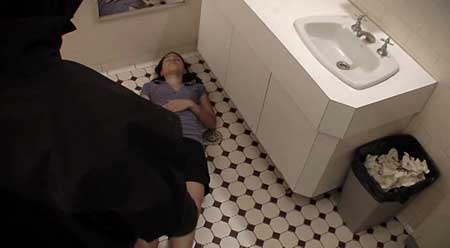 The pub was well lit which seems counter intuitive for a drinking establishment, but the real problem was that the lighting quickly became garish and difficult to watch. It left little room for mood or atmosphere and little to the imagination that’s so critical for horror. When the first body is discovered, the abundance of lighting allowed a glare from the blood that clearly showed that the corpse was still breathing. Not a good way to maintain a suspension of disbelief.

The script does try to be a by the numbers slasher flick but lacks any real depth. The innovativeness that is here was ruined by its own self destructive tendencies. What I got out of this movie was less than a love affair and more akin to a brief and forgettable tryst.