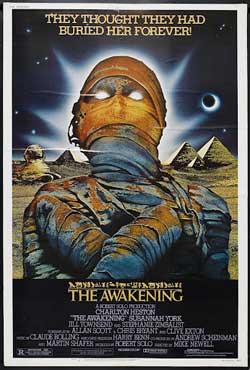 Matthew Corbeck is an archeologist who spent most of his young career searching for the tomb of a “nameless” Egyptian queen. Lucky for him on the day of his daughter Margaret birth he finds the tomb and finds that the one who was nameless was actually Queen Kara. As we flash forward into Matthews career we find him teaching at a University and estranged out of Margaret’s life. Margaret travels to the U.K. to see her father just in time for her eighteenth birthday, Margaret isn’t just dealing with your typical growing pains she is changing slowly and taking on the personality the evil Queen Kara!

“She’s trying to compete with the ghost of a queen who may have never existed!”

Newell’s 1980 film The Awakening is really really similar to The Omen. Now that I have that out of the way lets get started. Charlton Heston stars as a man named Matthew Corbeck. The film actually starts with a flashback in which we see Matthew and his assistant attempting to uncover the hidden tomb of a nameless queen in the hot sun that is Egypt. Matthews’s wife Annie is also in Egypt however her pregnancy has kept her pretty much in the bedroom leaving more alone time with Matthew and his assistant Jane. Annie isn’t too pleased about the whole experience but lucky for her it doesn’t take too long for Matthew and Annie to find the “hidden tomb”. 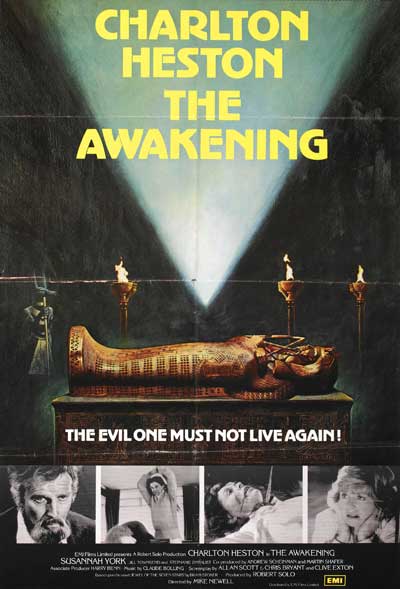 Ironically as Matthew discovers his treasure Annie goes into labor. It is a trying process for the young woman though especially when she finds out that her baby, a daughter named Margaret has been stillborn. When all hope is lost however the child breathes its first breath and all seems that it will be alright. 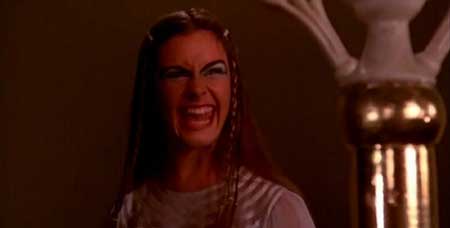 Matthew gets too caught up in exploring the intact burial chamber, so into it that it doesn’t bother him when one of his workers is killed by a trap. Matthew finally makes time in his busy schedule of exploring to go visit his baby momma only to find out that Annie has left the hospital with Margaret. The film flashes forward a conventional eighteen years and we find that Matthew is now living with his former assistant Jane. Margaret is about to turn eighteen and has noticed some strange things, for one animals at the zoo react very strangely around her. She informs her mother that she wants to go see her father in the U.K. for her birthday and sets out to do just that. 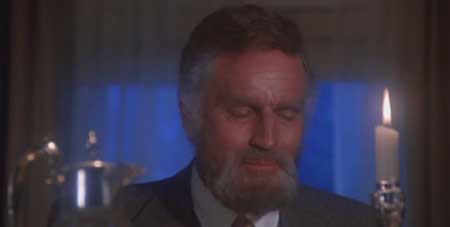 Queen Kara and the artifacts from her tomb now reside in a museum and a strange occurrence there has now caused Matthew to be called to Egypt to make sure nothing bad has happened to his great find. He takes Margaret with him and of course most of us who have seen this kind of film know what happens next. Newell’s The Awakening is an alright film, it’s just there were a couple times throughout the movie where I really just wanted to watch The Omen. Heston delivers just as you would expect him too…even in his sweet old age makeup. 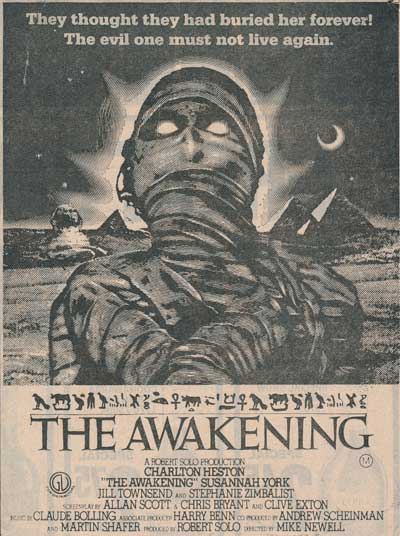 The score and suspense of the film also keep the viewer locked in as the events are played out. Let’s talk about the deaths in this one though….one by one each person who worked on the discovery of Kara’s tomb eats it. Some of the deaths include a glass pane falling through a woman’s neck; a person is beat to death while lying on top of a syringe. There is also a brutal brutal hanging sequence near the beginning of the film when the workers begin to excavate Queen Kara’s tomb. The showdown that the film leads up to however can be kind of a let down. After about the fourth death in the film it becomes apparent what must happen and the entire final reel leads to familiar territory for the genre. In all though the score, cast and gore should keep the average horror film fan satisfied….give it a try.