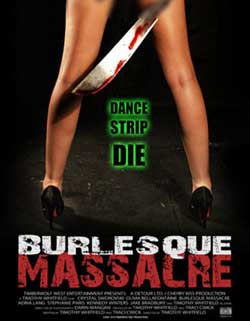 Crystal is the lead dancer in her own Burlesque show, but she has other plans for her troupe on this tour. While visiting Crystal’s brother, the Burlesque girls start to be picked off one by one, and its anyone’s guess who will survive.

If you picked up the DVD box and read the title then you expect something (I am no different) and Burlesque Massacre delivers! That delivery includes tits and gore, boobs and brutality, ass and massacre…you get the idea.

The film pokes fun of movies in the genre of a 1970s slasher flick, where a bunch of chicks go to a place and get picked off one by one. In this particular case a group of burlesque dancers are tricked into going to a fellow dancer’s house where her brother still resides. The plan is as follows: Have a free place to stay for a few days while the girls practice their routine, then go off to play the first show during their tour. The only problem is that Crystal’s family has been and still is way less than normal. You could even say-abnormal, but that would be an understatement. 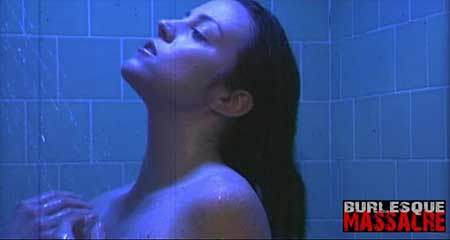 The film starts off strong with a little brutality as a naked girl gets pounded and then smashed in the head while taking a bath, setting the tone for the movie from the beginning. The credits are inter-cut with a front-row seat at a burlesque venue showcasing the dancers in their prime, with no shortage of feathers and pasties. Now either these girls were actual professional burlesque dancers (or strippers) or they did their homework because it looked authentic. You’re probably not going to waste your time analyzing their performance with all the slaughter and sexiness. The girls take the trip out of town to a ‘secluded’ area and start getting settled in. The brother proves to be creepy and the relationship with his sister is even more so. 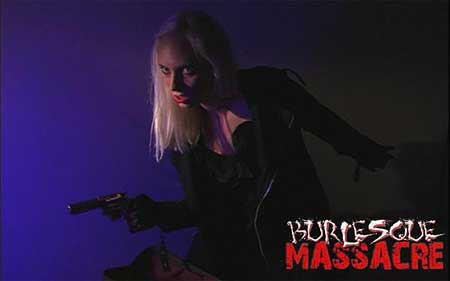 The overall filmmaking was a very low budget production and it shows. The script and some of the acting is pretty average, but then again that’s not why you’re watching it in the first place. 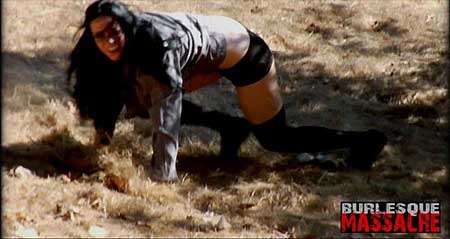 The soundtrack is very solid. I like the attempt at giving the movie a vintage feel with what I’m assuming is a special effect added in during the editing process. It works, but it is inconsistent and switches back and forth at random. These are all pretty standard issues with a lack of funding except for the recorded audio which is abysmal, it goes from deafening to whisper in a shake of two tits. Next film I hope they get a sound guy who knows what they’re doing. 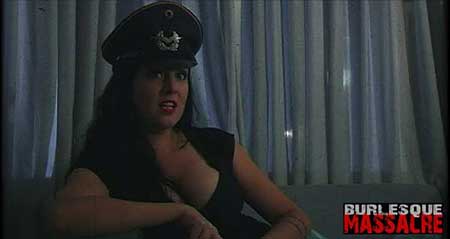 If you like watching broads get naked, dance around, then get stalked and slaughtered by a guy in a creepy mask then this is the flick for you. If you don’t then you are probably gay, very boring or possibly a terrible person and should go rent The King’s Speech.