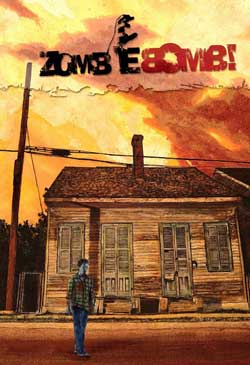 “The ZombieBomb! Comic Anthology unleashes it’s ferocious final issue! Our 6th installment features over 30 writers and artists joining forces to bring you the baddest bunch of Zombie stories ever assembled. Full color and undead just for you. Presented by Adam Miller and Rich Woodall. We saved our bloody best for last!”

Dying Breath: 4.0 out of 5
Zombie Bomb is a GORE-Geous zombie anthology comic. The artwork in the stories and the pin-ups just blew me away on every page. Trying to find a favorite was not easy out of bunch, but the 2 that have me looking again and again are “Date Night with Dehlia” and “Outbreak: Year One” which plays to my graphic designer background. The stories in this book just shine visually as each one has a different look and feel. Something I look for in anthology titles. The editors did their jobs well in pairing up this group. The stories themselves I found to be a little more hit and miss. “The Undead Alphabet” is possibly the greatest and most original zombie short story I have ever read. The concept just amazes me, and the execution was so flawless. “Zombirdies” was possibly the second best story of the bunch in its originality and execution. It’s poetic form worked so well I found myself still trying to rhyme the stories that followed it. There was one story in this book though I found to be a little confusing and I had no interest in it. Overall this book does what it needs to, entertain me to a point where I am happy to tell you about it. While the world may say Zombie Comics are overdone, I say keep making them. A great read that is easy on the eyes and will gel well inside you BRAIN!!!

If you would like to buy or know more about Zombie Bomb #6: Last Rites you can find it at terminalpress.com/ 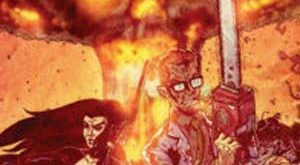