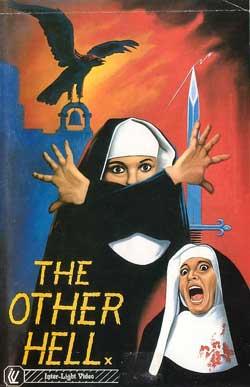 Nuns become possessed by the Devil and lust after the abbot!

Ah Satan, that embodiment of all the hatred and evil that resides in the heart of man. Fun fact: Satan was originally depicted in art as being blue since the definition of hell was nothing more than the absence from God, and was therefore assumed to be a cold place. I guess freezing to death just didn’t hold up as a proper form of punishment when compared to burning for all eternity. There are plenty of movies that use the tales of Satan to varying effect and this one doesn’t do so well on that front as it’s about a convent of nuns that may have invited him in to their house.

“The Other Hell”, originally released in the U.S. as “Guardian of Hell” finds a young priest investigating mysterious paranormal deaths at a nun’s convent. The priest, (Carlo de Mejo) believes that science and religion can and must work together, but his methods run into difficulties when the mother superior (Franca Stoppi) doesn’t want him snooping around. Though Boris (Franco Garofalo) the gardener tries to help him the priests techniques may uncover more than his scientific methods and beliefs can handle. 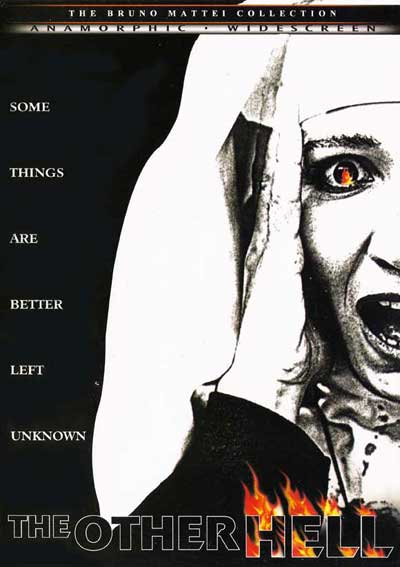 There’s a distinct feeling of having gone too far in this film. The acting is better suited to a haunted house and so over the top that it felt like someone was playing a practical joke on me. I was expecting to hear my friends sniggering around the corner and having a laugh at my expense, but the movie rolled on. The pacing is so erratic that it becomes unnerving and might have actually added to the tenor and mood of the movie if the plot wasn’t filled with so many hole and bits of randomness. Following the story quickly becomes the most tedious part of watching “The Other Hell” as it’s so disjointed that it almost seems as if it was edited out of order. As the priest ‘investigates’ the convent there’s no real building of tension and the creepiest aspect reaches that quality only because child sized dolls hung from the ceiling are inherently creepy.

The voiceover and foley work is typically bad but some of the sound effects are blatantly poor. Several doors creaking sound like a moaning zombie and the thunder during a storm sounds more like a building falling. If the score sounds familiar that’s because it’s done by Goblin, a particularly prevalent artist in Italian giallo films. Goblin has worked on numerous Dario Argento movies including “Phenomenea” and “Deep Red” as well as Romero’s “Dawn of the Dead.” This time around, however, the music is a pale comparison of their other efforts and is often comically out of place in a given scene.

Once the third act starts the pace thankfully picks up and we are treated to what is almost an entirely different movie, though I doubt that many people will slog through the tepid middle long enough to reach this far. The only real high lights of “The Other Hell” is a decent bleeding stigmata practical effect, though I will say the makeup could have been blended a bit better and a cat that looks like Hitler without the mustache. The cat does have some import within the story but is introduced enigmatically and through the movie I just couldn’t get the Hitler image out of my head. Though I’m no fan of Hitler this did make the cat the most interesting character. 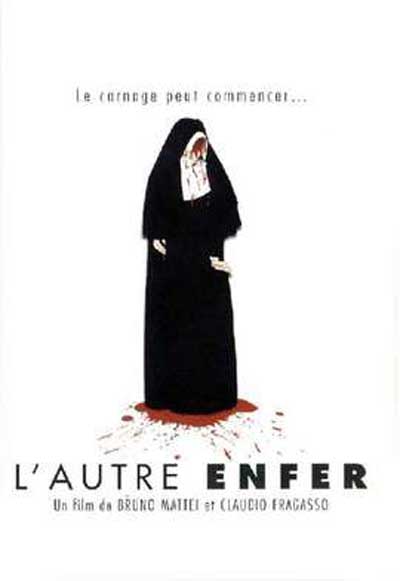 Although “The Other Hell” has its moments there are only a few of them and they’re not enough to warrant much interest. There are far too many better Italian films as well as religion based horror. “The Rite” is a better watch and even that was pretty mediocre. Whatever it is that you’re looking for that may draw you to this movie there are numerous films that better handle the subject matter and it’s unlikely to be worth your time.