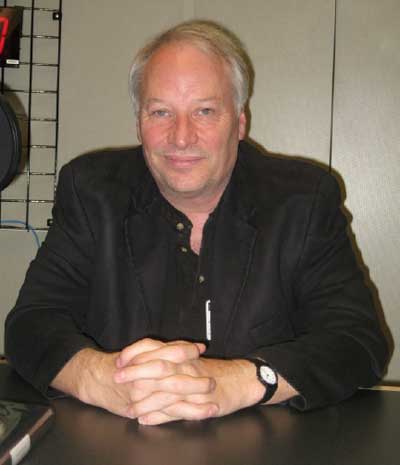 Mike Joy : When you are embarking on a writing project, do you isolate yourself from the rest of the world or what is your normal routine while writing?

Joe R. Lansdale : I usually work five days a week, three hours in the morning in my study. But no, I don’t isolate myself, and if I have the urge to work weekends, or another hour or so in the afternoon or evening, I do it. Mostly, it’s three hours five days a week. I try to get three to five pages. I set small goals so that I’m a hero everyday. Some days I do much more, and I rarely do less than three, so it’s a very comfortable way of writing. I try to write as well as I can, because I do a revision, but not multiple drafts.

Mike Joy : Do you have a favorite topic to write about?

Joe R. Lansdale : No. I like all manner of things. I guess I like stories that have my background in them, or the sense of place I grew up in.

Mike Joy : What are the key elements in writing something that is really scary and makes someone bite there fingernails and have chills run up and down there spine?

Joe R. Lansdale : It has to be a story that you are interested in, and scares you.

Mike Joy : Do you have any involvement in Bubba Nosferatu – Curse of the She-Vampires? Budda Ho-Tep was just such a wacky idea, but you know what, It worked and it’s gained a nice following. Are you an Elvis fan?

Joe R. Lansdale : I don’t have any involvement in it. I loved the original, and felt it was very close to the story. I get the impression they’re trying to go more mainstream this time. I am an Elvis fan. My sister in law went to school with Elvis, and my brother met him a few times. 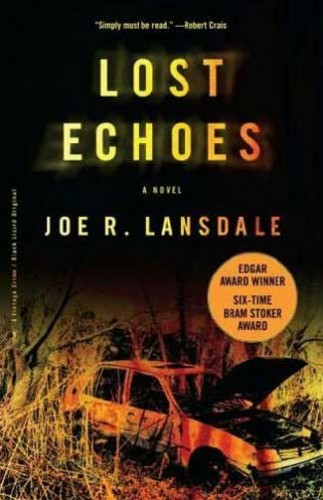 Mike Joy : You have written stories on Batman and Superman. I’m a big fan of comic book literature. I loved the Batman and Superman Animated Series, and you wrote my favorite episode ‘Identity Crisis’ of Superman that introduced the one and only – BIZARRO ! Do you have a broad knowledge on the franchises and would you ever consider writing additional stories on Batman or Superman in the future? Do you have a favorite comic villain?

Joe R. Lansdale : My knowledge is mostly from the fifties, sixties and some in the early seventies, and then a big gap, late eighties to mid nineties. I still read comics, but I’m more selective, and read a lot of old archived comics. I can’t keep up with all the changes D.C. has made. But comics are made for change and adaptability. My favorite of the super heroes is Batman. And the Joker is hard to beat. I wrote a draft of the Superman episode you mentioned, but it was rewritten, and in my estimation, improved. But, I added to it and got story credit, and I’m glad to have been a part of it. 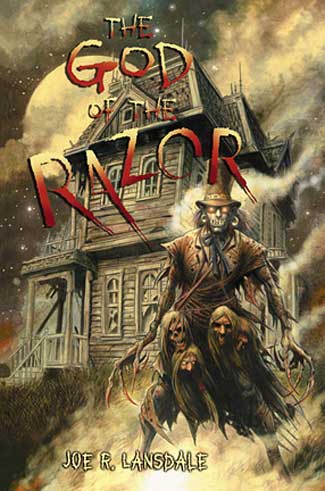 Mike Joy : I heard Josh Brolin has been tapped to play the part of Jonah Hex in a film adaptation, I think next year. What suggestions would you give someone playing the Jonah Hex character?

Joe R. Lansdale : Know the character by reading the comics. 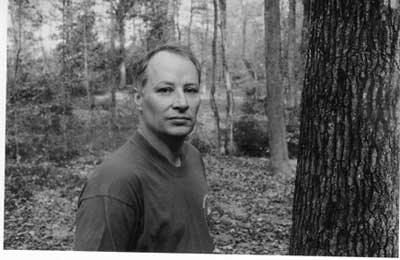 Mike Joy : You are co-producer on one of your pieces, MISTER WEED-EATER which is currently in pre-production. What can you tell us about this movie?

Joe R. Lansdale : Nothing yet. It’s top secret. There a script by Brian Fitzpatrick, but it’s still in process. 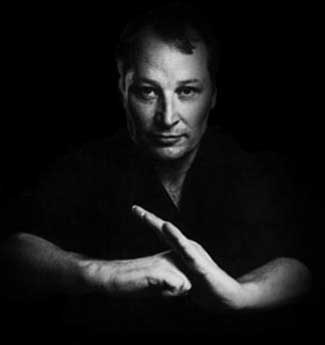 Mike Joy : Throughout history the sentiment has been the same, the book was better than the movie. Do you think there is anyway to truly capture the essence of a great book on film?

Joe R. Lansdale : Sometimes movies do capture it, or come so damn close. TO KILL A MOCKINGBIRD may be the best adaptation ever, and it leaves a lot out. The book is still better, but this is a rare case where the film is close. Sometimes you see a film, like BUTCH CASSIDY AND THE SUNDANCE KID, and it gives you the feeling of prose, of a book, and yet works beautifully as a movie. Those are my two favorite movies, by the way, followed by CASABLANCA. 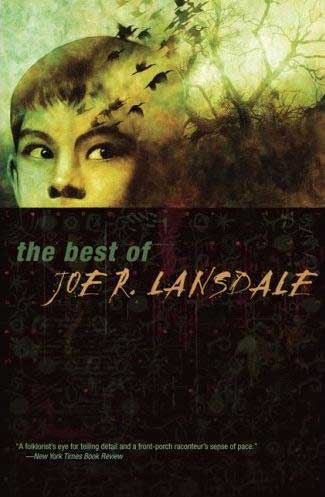 Mike Joy : Do you have any tips for young writers?

Joe R. Lansdale : Don’t do it unless you just can’t live without doing it. And if you do it, read a lot and write a lot and try to find your own voice.