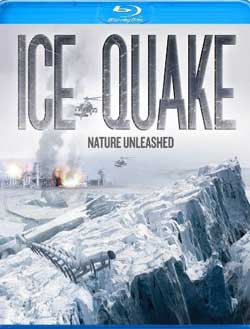 Beneath the Alaskan landscape, the melting permafrost is about to drastically alter the tranquil scenery. As the permafrost thaws, underground rivers of volatile liquid Methane are created, causing a succession of violent and destructive earthquakes. It’s a race against time to stop the deadly rivers before they lead to a catastrophic explosion that threatens the planet.

Michael Webster (Brendan Fehr) is a loving husband, father and a scientist studying the effects of the Alaska landscape on Christmas Eve. After a brief meeting with Colonel Bill Hughes (Victor Garber), Michael decides to take his family up to the mountains to search for the perfect Christmas tree. (This is usually how disasters start, hence, searching for a Christmas tree.) Michael is accompanied by his children and his wife Emily (Holly Dignard). 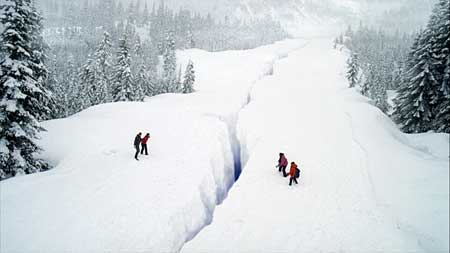 Upon approach, with the kids complaining in the background, Michael notices a slow rumbling alerting him to the notion that they very well “may” be on ice. Things take a turn for the worst when they discover the sounds to be coming from an avalanche overhead. A nearby outpost provides shelter for the family after they force their way in to get out of the cold and harms way
.
Meanwhile, Colonel Bill discovers new tremors throughout the area where Michael and his family are expected to be. Upping the scale with “ice geysers”, the Websters must evacuate their outpost due to the avalanche wiping out everything in its path. 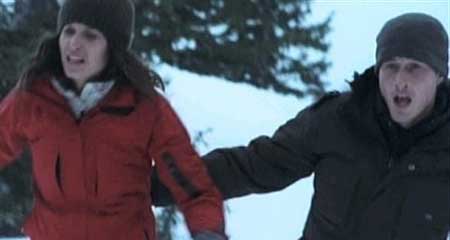 The film quickly turns into a survival-mode operation with Michael using his most resourceful ideas as a way to keep his family equipped. Melting snow within his jacket provides water while they do their best to deal with an extremely bad situation. Michael stays level headed, but stern just doing what he can with nature’s fury on his back. The cliffs prove to be treacherous with a few nail biting surprises lying ahead.

Colonel Bill meanwhile rallies up the search and resource with a few obstacles continuing to pop up around every corner. With his sidekick Ram (Nicholas Carella), things are optimistic but growing grim as theses ice geysers continue to emerge from the ground. 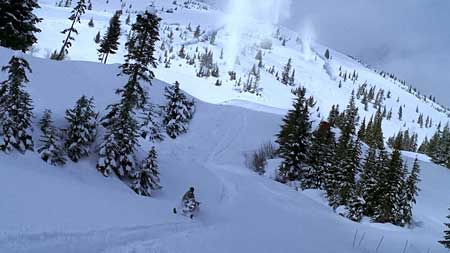 As viewers, we are introduced to the massive snow-covered regions within the mountains laying a foundation of locale and environment necessary to invoke the deserted nature of “Ice Quake”. This provides the perfect setting for the Websters who are caught in a situation they didn’t ask for. The Websters on a whole show a committed effort making the situation filled with tension and drama worthy of your time. The film is not perfect by any means but will appeal to disaster movie goers. You can probably throw common sense out the window and just accept it for what it is. As of review, the film has received mix reactions pretty typical of any disaster movie. 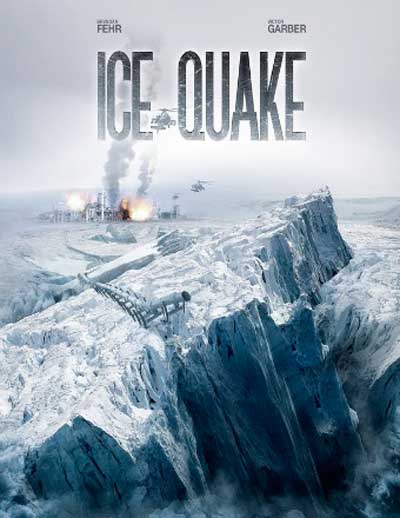 “Ice Quake” elevates its visual appeal with plenty of action and snow covered goodness. While some will make obvious associations with past performing films, “Ice Quake” captures the thrill many look for in disaster productions. you of course will learn a new word “Ice Geysers” but in all its just nature doing its worst to a family trying to keep their Christmas spirit. 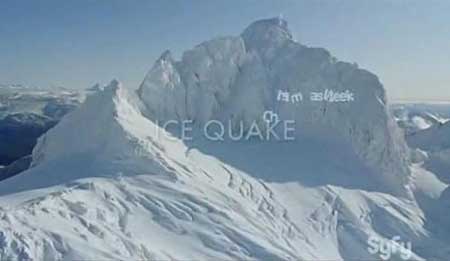 Ice Quake was originally a SYFY channel TV feature filmed  in Agassiz, British Columbia. It is now on Bluray