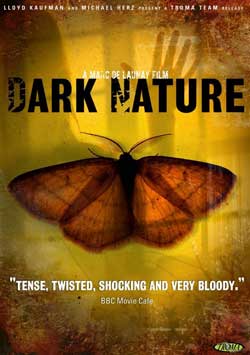 A family holiday turns into a fight for survival in the inhospitable wilderness of remote Scotland.

“Dark Nature” is a bit of a stereotypical, straight-to-video thriller. First time feature director, Marc de Launay, gives his audience what they expect, while trying to deliver a few surprises along the way. A tension-filled family takes a vacation in the Scottish countryside, only to be harassed by serial killer in the area. This, sort of slow burn, slasher/mystery/horror hybrid tries very hard to reinvent the wheel, but horror is simply the wrong genre to reinvent. Certain things work, and certain things don’t. It is not all bad, it is just not all that great.

The film starts with the mandatory pre-credits kill scene, and then moves to the main narrative involving the aforementioned family. Rather quickly after the family arrives, strange things start happening. Bodies show up, doors are unlocked, and violence ensues. Throughout the picture, characters show up, only to be killed off in a matter of minutes. While the gore effects are nice to look at, and pretty substantial for a low-budget affair, they are not enough to keep interest in so many throw away characters.

As a low budget film, this does a few things right. The director appreciates good photography, and lets his Director of Photography have a field day with nice landscapes. The proper use of extreme close ups throughout is appreciated as well. Often times low budget films hide their lack of money with strange angles, and lenses, but de Launay uses his camera well throughout. Like many horror/thrillers of the modern age, color is used to accentuate the feel of the film, and this is no exception. Once again though, de Launay did not go overboard, and the film has a natural feel to it.

One of the major downfalls is that this film is slow. Slow-burn horror has picked up recently (this writer would highly suggest seeing Ti West’s “The Innkeepers” (2011) for such scares, which hits nationwide early this year), and its influence can be seen here. While building tension over long periods of time can be scary as hell, it is also hard to do. The effort is appreciated, but ultimately falls flat in this film. While death tolls rise as time passes, the giant spaces between violent episodes are filled with unimportant dialogue and secondary characters. Sometimes that approach can work, but oftentimes it does not.

Without giving anything away, the climax of the film gets a bit strange. Characters double crossing each other, and the plot gets slightly convoluted. A few flash cuts and flares aside, and this film has some decent editing, which helps to keep the audience intrigued, even in the strange third act of the film. Even when dealing with kill scenes, the pacing stays true to what has been set throughout, and the filmmakers have a feeling for the movie they’ve made. Staying true to the feel of a film can be more important than falling into proven cliché. It is refreshing to see some talented young filmmakers take a risk and make the movie they want.

By the end of the film, the life threatening scenario that takes our family is a bit underwhelming. A strangely unmotivated killer, who tries to toy with his victims, leaves the audience wanting more. The gore leaves the audience happy with the effort by the end, though, and makes the film worth watching for an ardent genre buff. 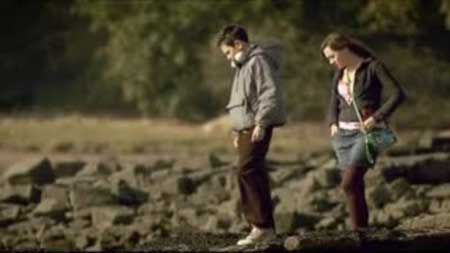 By the time the credits roll, no fan of genre filmmaking will be surprised or ecstatic, but they will be happy with the effort. For a first film, this is a shinning example for low-budget horror/thrillers. Many will look forward to seeing what de Launay and his team deliver in the future. Perhaps a bigger budget can help to improve the minor storytelling faults that mar the end product of this film. Overall, this is an okay movie, that shows promise for some young talent.