What attracted you to this project?

The quirky story line and unique character of Vaughn Ely intrigued me. I was also drawn by the genre since I have always wanted to tackle a thriller/horror project and this one had the right balance of traditional and cutting edge elements.

You worked with a legendary star in Dennis Quaid, how much creativity did
Dennis bring to the table?

Dennis is a highly instinctual actor. When Dennis and I first discussed the project we agreed the character would evolve organically as we shoot the film. I keyed in on his sense of humor and tried to lead him in that direction. There’s something about a psychopath with a sense of humor under the surface that is creepy and exposes insanity- kind of like Nicholson in “The Shinning” or what Kathy Bates did in “Misery”. Our mantre was realism, which gave Dennis the ability to improvise. He really turns into an animal in this one. I never saw that coming. Great actor. Great person.

Did you have a pitfalls or obstacles during the filming of Beneath the
Darkness? If so, how did you work through them?

It was a very tight schedule and half was night shoots. But I like to move fast anyway which works to my advantage in terms of getting authentic performances. I try to work with the same DP and A.D. alot which keeps the set moving and positive. The crew in Texas was awesome. The toughest were the cold nights in the cemetary, sometimes 24, 25, 28 degress farenheit. We actually got shot at one night by a bunch of late night party boys riding in a pick up. They were trying to shoot out our lights. Cops came, wild stuff. Things like that add to the tone when filming, so again, worked to our advantage on screen, lol.

What is the key factor in making a psychological Thriller that works?

An emotional story helps. Key is how far a character is willing to go. Technically the tempo of the camera movement and camera angles- it’s not what you see, it’s what you don’t see that scares you. Another trick is creating a credible quiet tone before all hell breaks loose, which makes the audience uncomfortable throughout and constatntly on their toes guessing.

How important is the musical score in setting the tone of the movie?

Other than the editor, I believe the music is the make it or break it component of any film, especially psychological thrillers. The key is for the music to go unoticed yet still have an emotional impact on the audience’s psyche. Geoff Zanelli nailed this one.

He created a haunting melody with a beating pulsating heart that subliminally crawls under your skin. Even made me jump during the rough screening!

What was your proudest moment as a director during the making of this movie?

The long take in the final scene, when Dennis had the courage to break the fourth wall and stare right into the camera for the last line of the film. That moment was not scripted and took some serious collaborative effort from everyone on set.

Do you have a hand in picking the filming locations? Where was this movie
shot?

I am tough about having the location match the vision of the script, or what I see in my head. We saw about 12 communities before finding what I believe was the perfc little town- The film was shot in Smithville, Texas (some scenes in Bastrop), which unfortunately was destroyed during the fires last summer.

If there is one scene that our Horrornews.net community should be on the
lookout for while watching this movie, what would it be?

When the teenagers sneak into the house for the first time and go upstairs- that’s all I’m going to say (not for the faint of heart)… Also the final confrontation with Dennis in the cemetery is intense!

Are you a fan of the horror genre? And which movies have inspired you?

I’m a fan of Horror when it’s married to thrillers or psychological drama and occasionally I totally get off on the low budget Zombie flick. “The Exorcist” scared the sh*t out of me when I was a kid. “The Last House On The Left” was great and the remake too! I love a little movie called “Zombie Dearest” that my friend David Kemker made a few years ago. In this genre I have always been inspired by “Fatal Attraction”, “Cape Fear”, “American Psycho” and “The Shining”.

There are a few films on tap for me right now and I’m enjoying the offers. The ones I’m currently committed to are a passion project called “Big Finish” which is a comedy about a senior living facility which shoots in LA and another passion project “Sweetwater” which is an awesome basketball sports drama filming in NYC.

Tags Beneath The Darkness Martin Guigul 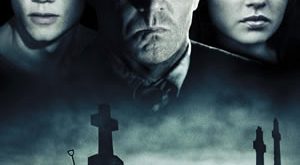 Film Review: Beneath the Darkness (2011) 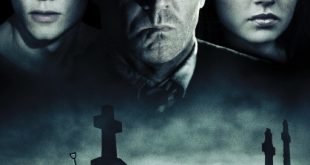