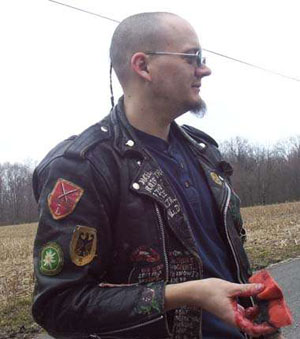 Tell us a bit about ONLY FOOLS RUSH IN.

well without giving too much of the story away… It is a psychological thriller with a rather twisted and dysfunctional love story.

How did you come up with this script?

I wrote this story to tell a different kind of tale. I’ve always thought that love and hate are the two of the most powerful emotions of the human psyche. I guess it is more or an exploration of humanity within the monsters… a “sympathy for the devil” tale so to speak.

This movie was done on an unheard of budget, and very well done at that! How were you able to pull it off?

Well the first thing is to work with the most talented and dedicated people you can. I would have never been able to complete this film without the amazing talents of my cast and especially my crew. I really owe them a lot. Everyone pulled together and did multiple jobs on the set, working in horrible conditions and excruciatingly long hours. They did this because they believed in the project, and I cannot thank them enough. The indie motto “no money… all talent” (laughs)

Ben Schmitt, who played a main part in the film, had many good things to say about you. He also said he was looking forward to working with you again by the way.

How would you explain your directorial style?

I really enjoyed working with Ben and Suzanna on this film. I don’t really think I have a style of directing since fools is the first film I’ve directed… If I do have a style, I am completely oblivious to it. (laughing) I guess it’s a hodge podge of what I’ve learned from other projects I’ve crewed and done special effects on. 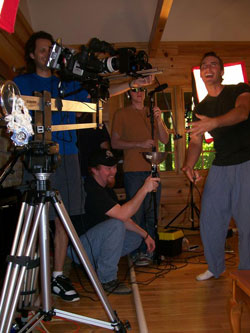 What were some of the films that inspired you to become a film maker?

I don’t really know if there is enough time to go into all of them but they range from the Wizard Of Oz and Star Wars to The Texas Chainsaw Massacre and phantasm. but I can say that one film that told the most original story I have ever seen was in Tod Brownings “The Unknown”. I love that film. But I guess I got into filmmaking because I’ve always been obsessed with special effects, and so I became a special effects artist. Then I began producing and recently directing.

Who in the industy would you like to work with someday?

oh god… probably at the top would be David Lynch, Don Coscarelli, John Carpenter, Dario Argento… the list goes on but their films are very large influences on me.

What are your thoughts on the horror genre of late?

well first, I feel as though large studios need to stop remaking classic horror films. (this includes prequels to their inferior remade films). I feel as though with a minor few exceptions there has not been a studio horror production with a quip of originality in a good many years. Just sequels, prequels and remakes. (I really hate having to say “no the original” when discussing films with people. But having said that the recent surge in consumer electronics, the people with original ideas are able to make their movies independently. This is the new face of horror.
Horror films were always the bastard children of the studio corporations. I say if the studios are ashamed of them and don’t want to take a risk on any new ideas… let the free thinkers have at it.

Who stars in the film? 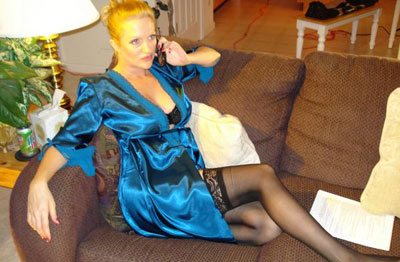 Why did you decide to make this film?

i was inspired to make the film because i wanted to tell this story in a way that has not been done in other films that ive seen, a kind of sympathy for the devil approach. i wanted the first film i directed a memorable one. when i set out to make any film i want people watching to feel something… whether they are happy, sad, distraught, nauseated, pissed off… it doesn’t matter. as long as they feel something, i’ve done my job as a filmmaker. 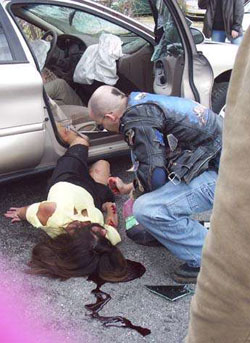 When was the film made?

Where can we get it?

It is currently available at Amazon.com

Whats up next for you?

I’m not sure yet. I’m currently working on a script titled “Winner” with Kelly Wilbur, although the shooting dates have not been finalized and we have only touched on preproduction.