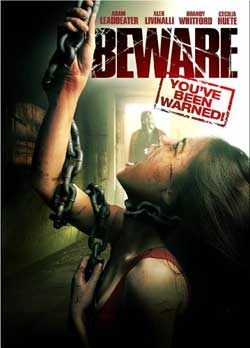 The town of Shady Grove holds many dark secrets. Amongst those secrets is the sadistic tale of “Shane”, a boy who was tortured and chained to a tree as a youngster. Legend has it that for years he survived in the woods all alone until one day he managed to escape. Now, damaged and broken, he wanders those woods in search of blood, with his trademark chains fused to his wrists. Despite years of tales and urban myths, no proof of his existence has ever been discovered, until five unsuspecting teens reveal the truth on an ill-fated trip.

My lady’s 5-second observation regarding the killer: “Ah…he’s a welder.” 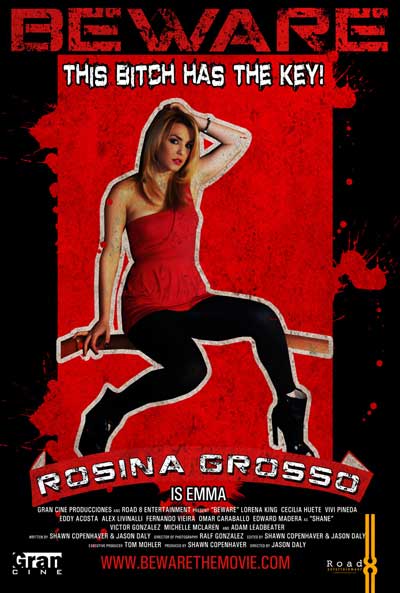 There isn’t much going for Beware short of seven very attractive female actresses. The acting is at times agonizing to watch. The script is at times painful to hear. The pacing suffers because these two things are so prevalent. It’s hard to care about, or even be interested in characters that are portrayed in such a nondescript way. You just want to get to the meat of the movie as soon as possible. All that’s left to look forward to is boobies and blood. 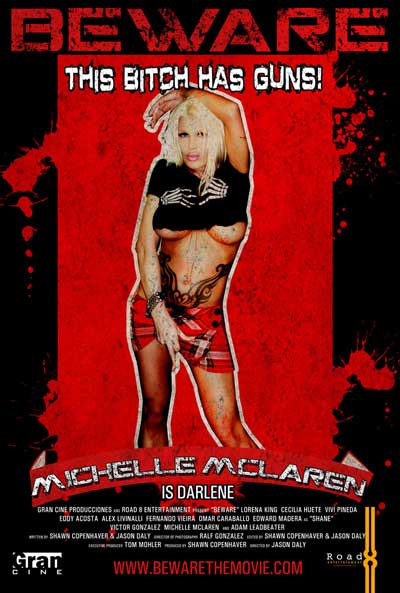 And that’s what the movie boils down to: waiting for the cast to get killed, trying to figure out who’s going to die first (indeed, even hoping for certain ones to go first so you don’t have to see them on screen anymore), who’s going to survive, and who’s in on the Shady Grove conspiracy. That’s right, I said Shady Grove. That lends some insight to what you’re about to see. Shady Grove is the name of the town where all of this goes down. Isn’t that the name of every Sanitarium ever? 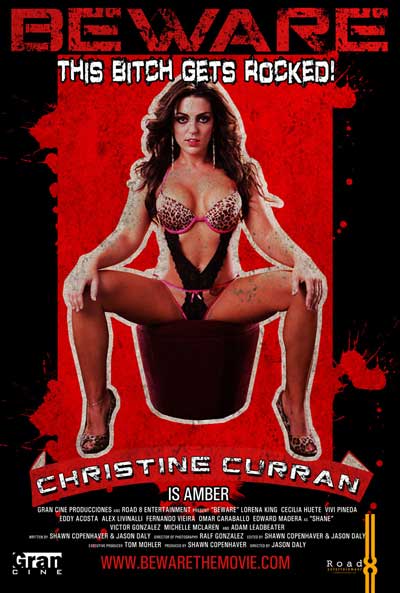 Anyway, this formula has been exploited for years to varying degrees of success (see my Wrong Turn 4 review) but it is unfortunately just tedious here. The back story for Shane, the killer in the film, is about ten minutes too long and goes something like this: Shane sees his drunken father murder his whore of a mother, after which Shane is chained to something in the woods…for like 15 years or something…until he finally breaks free and begins killing gorgeous Latin-American people. 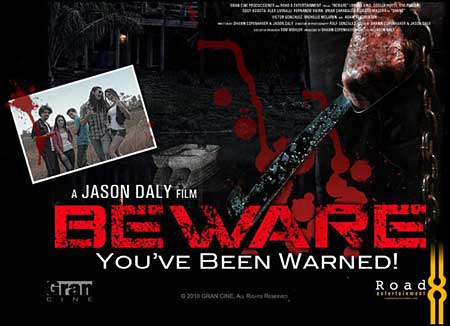 Shane himself is remarkably well-dressed. He wears a pressed, red, button-down shirt (recently purchased from Ross, I’m guessing), some Dickies overalls (Wal-Mart maybe?), and what looks like a leather, mini garbage sack over his head (available at a specialty sex store near you). The chains that held him captive for all those years still dangle from his wrists, and he wields what looks to be a cross between a machete and an oversized scraping tool, like the one I use to strip caulk from windows. To be fair, it gets the job done for him…not stripping caulk but rather stripping gorgeous Latin Americans of their lives. 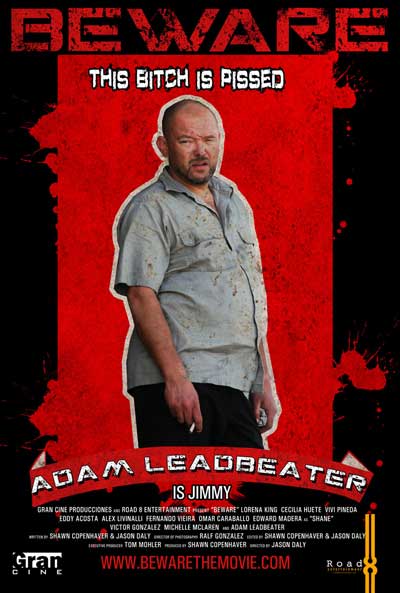 I’m guessing this is Jason Daly’s homage to slasher flicks. As such, you can’t get any better than Adam Green’s Hatchet movies. Shane seems to be Daly’s Victor Crowley, just not anywhere near as awesome. By the end, you’ll find yourself giggling a little at all the nuances of the movie that you totally predicted from the beginning. This, I suppose, means I was eventually entertained. 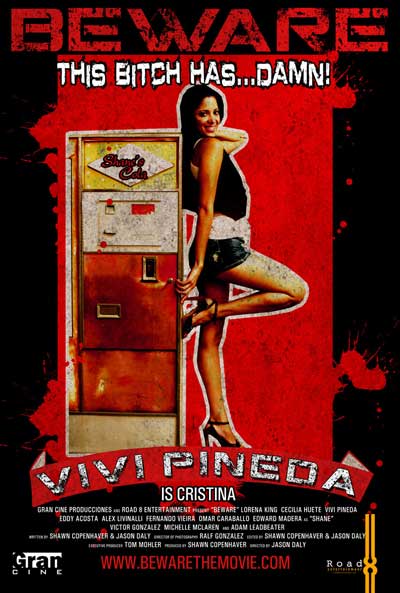 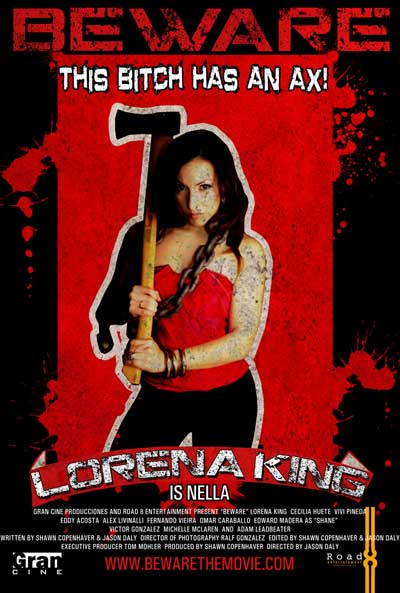