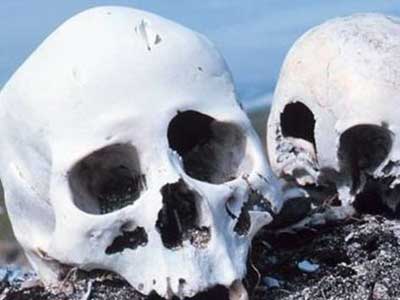 New Mexico, the “Land of Entrapment” as the locals call it, is a swell place to go to observe Southwest culture. You can experience all of the Natives wearing the same Slipknot shirts while validating that we should have offered their great grandparents even more rotted meat and smallpox blankets. You can also witness their whining about being f*cked over by the white man all the while abusing the legal and social systems through their bow and arrow Navaho mamba jahamba. Fuck the spirit horse; I ate it for dinner instead of pork. I also say f*ck the crying Indian on the roadside with the garbage and the whole tribe for that matter, who may or may not be part of that garbage. Maybe it’s not garbage, perhaps it’s just the Indians passed out on the roadside from all the whiskey at the casino. If they had fought harder I would be writing this article in a teepee on a laptop paid for with rolled cigarettes, cheap beads, and turquoise. It’s an imperfect world, especially if it is on the back of a turtle (read a book and you may get that reference). 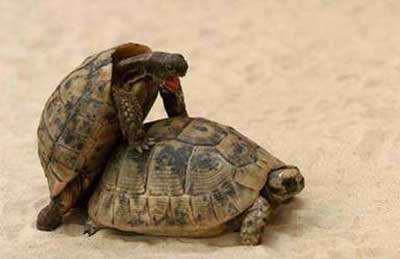 You cannot speak of New Mexico of course without the “Mexico” part. There is nothing better than going to the store and seeing lots of cursive graffiti neck tattoos, not understanding loud rapid consonants from guys in discolored shirts that may have once been white as they beat their women with their hot Latino temper, and lest we forget smelling a general aroma of booze, tortillas, and beans. 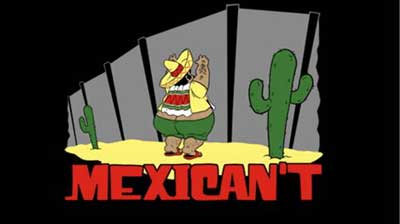 It’s Ok though, Mexico has some redeeming qualities such as Cheech and Chong, Día De Los Muertos, and what other restaurant is open till 2AM right? P*rn chick Katalina ain’t too bad either. Yeah… I had drinks with her once…and Mexican food but I digress. 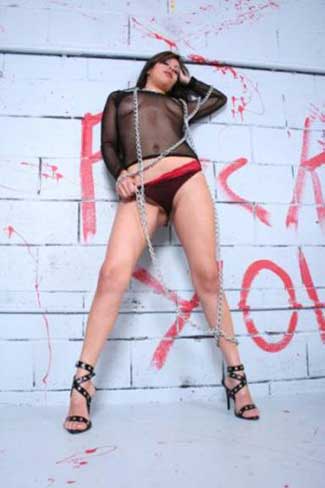 Now, now, New Mexico isn’t all that bad. It’s got some atomic bomb residue that may explain the gene pool, aliens buried in underground military bases that may or may not have connection to the gene pool, and a possible serial killer! What the f*ck am I talking about? Stop distracting me with Mexican p*rn stars and tequila. Yes, New Mexico has a serial killer! Well maybe they do, or they did, no f*cking clue at this point. 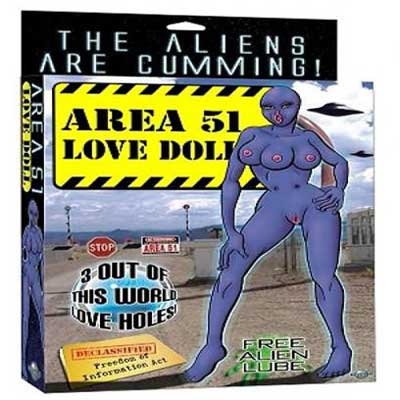 Let’s sum it up briefly shall we? One day somebody was out walking the dog in the West Mesa area of Albuquerque New Mexico. What the f*ck is a “mesa” you may be asking? Albuquerque’s West Mesa is a dusty escarpment littered with trash dumps and tire tracks, spent slugs and brambly weeds, a bunch of drunk brown gang bangers sitting around campfires waxing on why the f*ck Wyle E Coyote cannot catch that f*cking bird. The roadrunner is everywhere in New Mexico by the way. Maybe it’s all the booze making me see cartoon birds (and unicorns) everywhere. I cannot be too sure at this point. 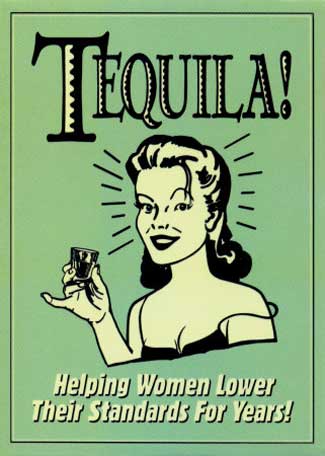 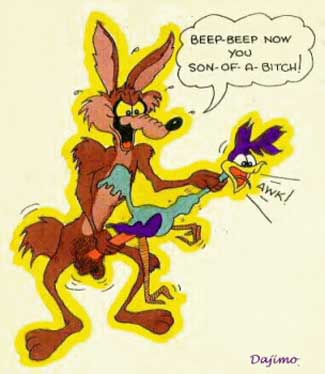 While walking through this mesa looking for spare change to buy another deluxe taco supreme smothered in green chili, this person and the dog stumbled upon a human bone. One thing led to another and as the shoulder bone connected to the collarbone the ever diligent Albuquerque police has so far found 11 or twelve skeletons and a fetus buried at the site. And no it’s not an Indian burial ground. Unless Indians are all hookers and drug addicts…wait…a…minute…Yes, the few identified bodies were all known hookers, drug addicts, and may or may not have all attended the last Disturbed and Insane Clown Posse concerts after blowing off their 20th DUI court date. That last sentence would only make sense if you had spent any time in New Mexico so forget I wrote it. I myself am currently seeking medical attention and shots to rid myself of the effects of three years of exposure there. The picture below really does not reflect my appearance by the way. I am taller and less hairy. It’s all about the “manscaping”, but my “tail” is also between my legs and really that long…*wink. 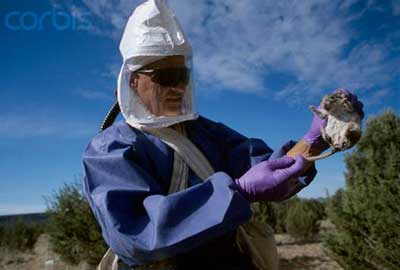 It has been suggested that the lucky bone discovery was made possible by excavation work in the area to prepare the land for construction and to dig culverts to divert rainwater away from houses already built in the neighborhood that all lack trees and grass in the yard because all the natives keep trying to smoke the grass. That’s called “zeroscaping” in the state to preserve water use but I suspect its because locals are just too lazy to tend to yard work. 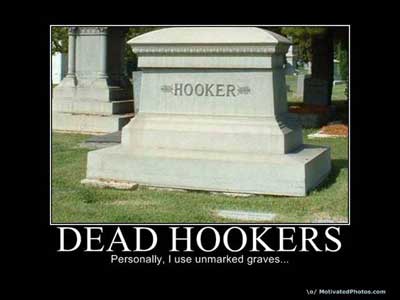 Police and forensic authorities are still searching the 92-acre area for more bodies and many are conjecturing that with the body count, a serial killer is at large in good old Albuquerque. Or at least was at large. At the time of my writing this article, there are no suspects in the case and everything is still being dug up in the mesa. The police are still following up leads in the investigation, but two suspects could already be dead from having had to live in New Mexico in the first place. In 2006 Lorenzo Montoya was killed by a strippers’ boyfriend, Fredrick Williams. Around the same time of Montoya’s death prostitutes stopped disappearing from Duke City.

A second suspect is also deceased: a well known pimp, Fred Reynolds, who died a month ago, had pictures of missing prostitutes in his home.
Albuquerque Police Department Chief Ray Schultz is relieved and doesn’t believe there is a danger to the public. “Had we been finding fresh bodies, then I’d be a lot more concerned” Schultz was quoted.

Three of the bodies have been identified yet the name of only one has been released publically. Her name was Victoria Chavez and it was determined that she was dumped in the mesa back in 2004. 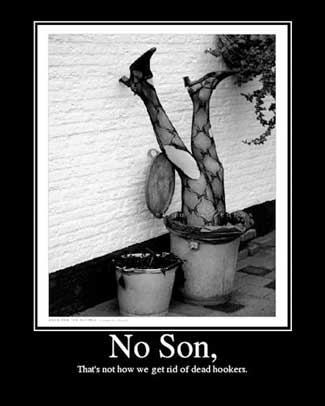 So what’s the moral of the story? Well that depends upon whether you are a junked up hooker living in New Mexico. Otherwise the moral is irrelevant because you may not fit into the profile of the victims. If you are a junked up hooker then I suggest you stay in pacts even if it means you have to split the money from group sex, or is that spit for the money? You probably get more if you swallow though. Of course if the killer is already dead then you do not have to worry about anything. Very sad, I know. The world always needs another serial killer and dead hookers.

What’s the point of this edition of Horrors of Humanity? I suppose it would be to state that burying 11 hooker skeletons is a waste in this economy. You could probably fetch at least $1000 per disarticulated female skeleton, maybe more because they were from murdered hookers. Fuck the hassles of food stamps; just go off some worthless street trash on meth. It’s much quicker than standing in those public assistance lines, and less psychically infectious also. Also, the bones from white chicks get more money than bones from ethnic groups. At least that’s what I heard “they” say. Finally, when walking in the Mesa, always look down. That puddle you just stepped in may not be coyote sh*t; it may be what’s left of Victoria Chavez. I am bored of this now so f*ck you! 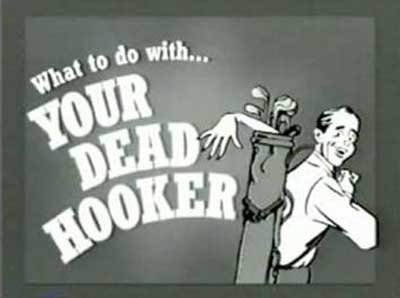 Today’s article is brought to you by the letters Ya et eeh Geronimo, No Habla English Senora, and the number 11…or 12…for now.
If you want more information on the real story click the link, genius.
www.krqe.com