When I see happy smiling faces the first thing that usually comes to mind is that I want to take a big sharp knife and slice their f*cking smile off of their smiley sunshine f*cking faces. I want to stick that blade in their sternum and gut them like a fish but continue the process up through the neck and into their smiley f*cking mouth. Does that suggest I have mental problems? Yeah? I do not care so f*ck you and your “have a nice day!”

The smiley face has an interesting history. Well maybe it doesn’t but I need sentence filler. As a commercial icon, the smiley face may be traced back to some dude in 1963 that wanted to preserve morale at his boring insurance company to misdirect sexually harassing his female employees. Blah, blah, blah, soon the smiley face became synonymous with dirty hippies and a positive outlook on life. Fuck! Who needs that right? 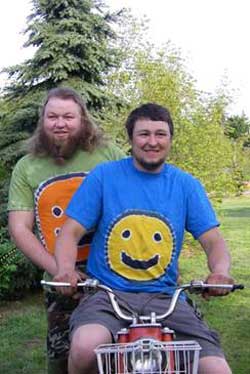 In terms of the smiley face making me want to kill people, it is a perfect segue into this edition of Horrors of Humanity. That is what you are reading by the way, but you knew that already because you are way smart with a cool community college certificate and high paying career in the fast food business thus affording you the leisure time to read the words that I am typing. Let’s move on shall we?

Within the world of serial killers, murderers, and the whole insecure Oedipal I was sexually abused by a family member homoerotic I want to stick Freud’s c**k in Jung’s ass psychopathology, there isn’t much to smile about. 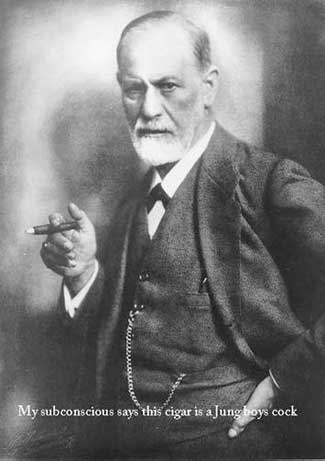 There is not much to smile about unless you are interested in drugging intoxicated jocks, killing them, tossing their carcasses into water, and leaving cryptic smiley faces on the crime scene! That does sound kind of fun, but reference the second to last sentence in the first paragraph.

According to Kevin Gannon and Anthony Duarte, two retired NYPD cops who had nothing better to do then make sh*t up; there exists a well-organized group of individuals finding smiley face happiness in murder. That and they’re being part of a very long and possibly run on sentence but we are not in English class so f*ck off! 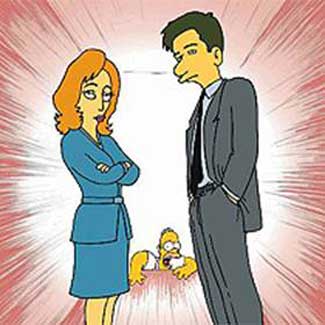 What the f*ck am I talking about you may be asking if you made it this far? According to our two experts, “a number of young men found dead in bodies of water across several states over the last decade did not accidentally drown, as believed by most law enforcement sources, but were victims of a serial killer or killers.” Maybe it was just some fat guy with too much time…and belly on his hands. 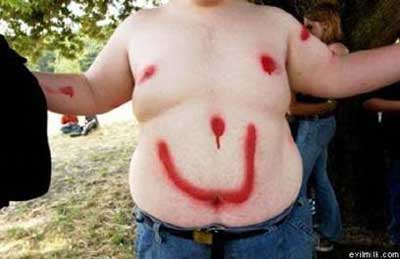 Found at each of the crime scenes, after the fact of course, was a cryptically left smiley face symbol. Hence was born the Smiley Face Murders, Killers, etc. Most law enforcement authorities reject the theory of Gannon and Duarte about the deaths being connected. The FBI originally reported the following on April 29, 2008: 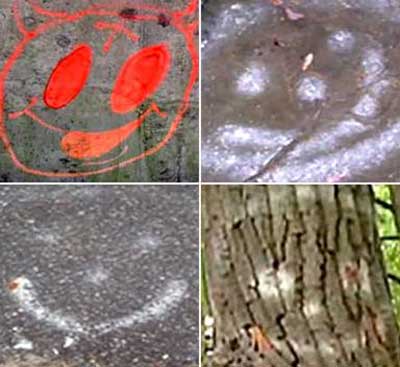 “Over the past several years, law enforcement and the FBI have received information about young, college-aged men who were found deceased in rivers in the Midwest. The FBI has reviewed the information about the victims provided by two retired police detectives and interviewed an individual who provided information to the detectives. To date, we have not developed any evidence to support links between these tragic deaths or any evidence substantiating the theory that these deaths are the work of a serial killer or killers. The vast majority of these instances appear to be alcohol-related drownings. The FBI will continue to work with the local police in the affected areas to provide support as requested.”

The theory of Gannon and Duarte smells a lot like the claims from the 1980’s that an organized Satanic cult operated throughout the United States and infiltrated the highest levels of government. That of course proved unfounded and false. Fuck, most Satanists I have known over the past two decades cannot even hold mundane jobs, practice regular hygiene, or get their sh*t together enough to maintain social structures in little covens never mind being organized enough to infiltrate the government.

Anyway, our two experts continue to claim that the cases spanned 25 cities in 11 states, and at least some of them were connected by a creepy symbol left near the water’s edge: a smiley face painted on trees and other surfaces such as naked chicks fat asses. I believe I already said that. 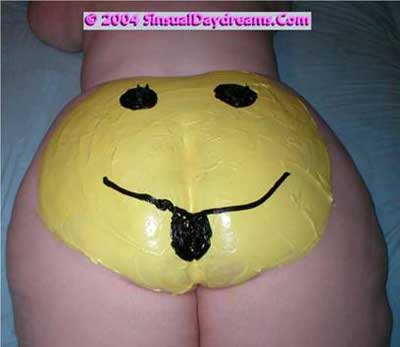 The detectives say the deaths could be the work of more than one killer because some of them took place on the same day in different states. Duarte, while listening to a Great White cassette tape and pining over the hey day of 21 Jump Street said, “It’s so widespread. We have so many different victims in so many different areas. It would, in my view, be impossible to be one person.” In all, the investigators say they’ve connected the bizarre drowning deaths of at least 40 college-age gay looking men across the country. Based on the image below, I stress the word “gay”. 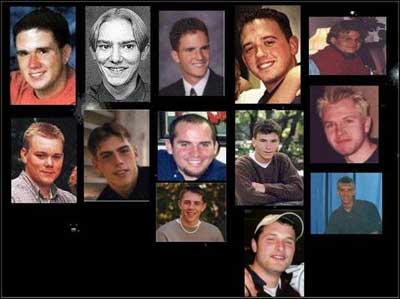 The detectives have even enlisted the aid of a psychic to discover the killer or killers next move. The psychic, who asked to remain nameless because she foresaw my writing this article, first responded to the detectives with confusing images of Elvis, Bigfoot, and a Bigfoot Elvis who may or may not be blurry in real life (Mitch Hedberg you rule even if you are dead!) 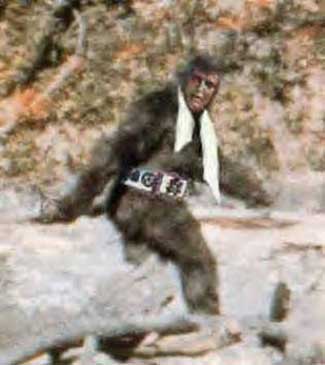 After some time of tuning into the murders the psychic looked at the images of the victims and related seeing something vague and disturbing from what she interpreted as being from future crime scene.

I lied and made that last part up by the way…Bigfoot is not always blurry. Gannon and Duarte also believe the victims were targeted. All of the dudes were popular, athletic and good students. They may or may not have had smiley faces on their crotch but they sure as hell looked gay.

On the surface a cult of smiley face killers seems f*cking stupid but my dear reader you may change your mind after I enlighten you unto some disturbing history I dug up. It turns out that the smiley face cult was some secret society in ancient Egypt. 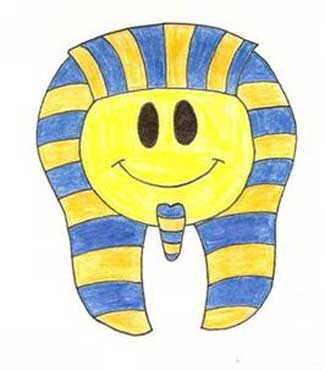 It turns out that the cult of Smiley even have their murderous practices aligned with certain astronomical and astrological phenomena. You cannot kill people unless certain giant rocks in space tell you it’s ok. 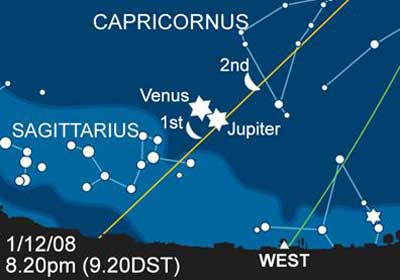 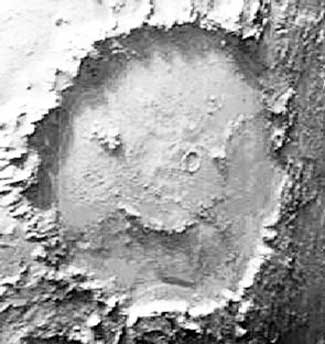 Despite the hesitancy of the FBI to consider the Smiley Face Murders as being the practices of a killer or killers, more and more people are becoming concerned with case. Congressman, Rep. Michael R. McNulty, has made a statement calling the FBI to investigate the case further. It has yet to be determined whether the congressman is gay, has a gay son, or just is worried because his last name sounds like something off of the McDonalds value menu…a gay one. 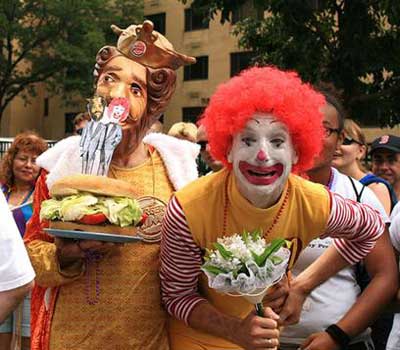 Where does this leave us? It leaves us waiting for another stupid questionably gay or perhaps simply a neat and clean “metro sexual” guy to get drunk, be thrown into a plain colored van, and drown like a bag of cute meowing kittens.

The police, the feds, and our two investigators cannot get on the same page as to who the f*ck is behind the murders or how many perpetrators are involved. They cannot even agree as to whether the deaths are connected.
So what’s the point of this article? The moral if you will? Well…I have one for me at least and that’s all I really care about at the moment. Well that’s all I care about in every moment. And that moral and point is, my final thoughts if you will, are that if I were going to die by a smiley face I want that smiley face to be a vertical smile beneath some smiley face panties. Perhaps on top of my smiley face. That’s kind of like drowning I suppose…or suffocating. I won’t split hairs about the semantics…except maybe split pubic hairs…with my tongue.

Click on the links for more information. I assume you already knew that.