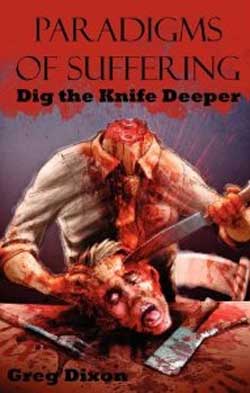 Years ago, back before she became a blowhard talk-show host and everything kind of went sideways, to a certain extent, for Rosie O’Donnell, she was a movie ‘star’ –at least in the loosest sense of the word. Well, as a star, one of the things she regularly found herself doing was press for the films she was in. Sometimes this meant going on Jay Leno and making the talk-show rounds, but usually what this amounted to was getting together with the other stars of the film in a centralized location, like a hotel, where the media could come and interview them all in one big, daylong event.

Well, Rosie didn’t necessarily mind doing press, because it’s part of the job, except when it came to promoting a terrible movie. Sitting around all day and saying how good a movie is when she knew it wasn’t, was not something she was interested in. Nor was she interested in saying the movie was terrible, either, because she had a career to look after and getting a reputation for trashing your own movies was not something actors worried about career longevity ever did. Instead, what she’d do was bring a dog and rather than talk about the movie, she’d spend the day talking about the dog. It was a nifty bit of misdirection that got her through her commitment to the film without having to talk about a film she really didn’t like.

The reason I tell this story is that, for this review, you should imagine that I’m Rosie O’Donnell, that Paradigms of Suffering, the book being reviewed, is the movie, and I really wish I had a dog.

Absent a dog, I suppose I’ll have to talk about the book.

Paradigms of Suffering: Dig the Knife Deeper is a collection made up a three stories. One of the stories is novella length, the others are not.

First in the collection is the novella, “Worked to Death” and of the three stories within this book, it was easily the most tiresome. Telling the story of a real estate appraiser who suddenly finds himself at his dream job, only to discover his dream job requires him to become a zombie, or zombie food, “Worked to Death” would have worked well as a short story, but at 100 pages of text, it is easily twice as long as it could have been. While the idea itself, of corporate drones being nothing more than zombies, is an interesting one, in this case it works like a pig with wings: it captures the mind for a moment, until it becomes clear that the whole contraption will not fly.

Being overwritten and padded, though, were not it’s only problems. Indeed, it was also poorly constructed, overly-obvious, exposition heavy and redundant. In addition, the writing style within the story was strange, a weird amalgamation of over-the-top formality combined with complete crudity, giving the story the feeling it’d been written by whose intent wasn’t to entertain us as much as it was to prove he knew lots of big words and how to make even the most simple phrases into something ridiculously complicated. For example, in this story, a parking garage isn’t a parking garage, it’s a “steel framed vehicular repository”, paper is “mound of wasted tree”, money is “green incentive”, staircases are “stationary Stairmasters”, and a door is a “rectangular bulk of mahogany”. Given the preponderance of these types of phrases, part of me wondered if the novella was meant to be a black comedy, and I could see how the author might think it is, but if it’s meant to be comedy, it should at least be funny, which it was decidedly not. In almost every way, reading “Worked to Death” was a frustrating experience, so much so that by the time the zombies really make their first appearance ,on page 80 or so, I’d really given up caring one way or the other what happened at all.

It’s little consolation to say that the remaining two stories in the collection were more tolerable than the first, because the only reason they were tolerable at all is that the awfulness of their lead in made them look better by comparison. Taking away that point of reference reveals they were just as awful.

The shorter of the remaining stories is “The Family The Preys Together,” and tells the story of the leader of a ring of housebreakers who, in the course of his practicing his art, stumbles upon a collection of cannibals who’ve been laying in wait for him.

Given that this story is fairly abrupt – at 32 pages – I’d love to say it’s not overwritten, but just because it’s generally terse doesn’t mean there isn’t a lot of dead weight in its convoluted, and yet completely obvious and coincidental, plot. At least I can say it doesn’t ridiculously complicate itself by turning the word ‘money’ into ‘green incentive’.

Following that the first two stories in the collection were overwritten and ridiculous, it goes without saying the same two words apply to the third story, “Tracking Carrie (Next Day Delivery)”. Telling the story of a delivery driver battling family and career dissatisfaction who inexplicably finds herself dismembered by some strange religious nut who intends the dismemberment, and ultimate reconstruction of the corpse, as a way to ‘save’ her, this story might be the most repellent of the three, resting as it does on an extended discussion of the way a body is dismembered and then prepared for shipping via UPS (here the company is APS), and of course, ultimate reconstruction. Given the description of the story, the less said about it, the better.

It’s interesting to me that when I started doing these reviews I wondered if I’d have what it took to really be a critic. After all, when an author offers his work for assessment he’s essentially exposing his true being for criticism and given that, it’s hard to not to want to give my approval. After all, being a writer myself, I know how strongly the need for approval can be, and I know how gratifying giving that approval is.

But at the same time, it’s no use lying about what I feel, because lying cheats not only the writer, but the audience and myself. As much as I’d like to be nice, the harsh truths must come forward.

The harsh truth here is that while this book is meant to be horrifying, it’s actually just plain horrible. Worse, it’s not even marginally redeemable. In other reviews I’d talked about how substandard work might be improved through discipline and editing, but I cannot even put this book in that category. In every way it is beyond savable. It’s a complete waste of time and I rue the time I spent reading it and writing about it, time I can never recover.

But then again, I guess I shouldn’t have expected anything more from a book called Paradigms of Suffering: Dig the Knife Deeper, which is easily the most pretentious title for a gore-p*rn book ever.

Incidentally, I’m always amazed when I run up against a book that has terrible graphics, both inside and out. While it’s true that you shouldn’t judge a book by its cover, it’s also true that most people would not read that book if its cover wasn’t at least interesting enough to pick up in the first place. And even if the inside of this book didn’t contain some fairly repellant prose that would ultimately warn anybody off, the cover art would do it instead. As you can see from the above picture, the artwork on the front cover is of a man shoving a knife through his own severed head, which aside from being repellent, violates all logic – in what make-believe world is a body in any way useable, or ambulatory, without the head. The back cover is equally as bad, because instead of containing an author bio or blurb about the book, it contains a color picture of a submarine sandwich that appears to be made out of man’s forearm.

And, while I’m on the subject of criticizing appearances, the inside of the book is off-putting as well. Printed with double spacing between all paragraphs, no indents and entirely left-justified, each page has a ragged, unshaven, and sloppy look. On the one hand, I know complaining about this makes me sound petty, because really, isn’t it the text itself that matters? And also because I just described exactly how this blog page looks?  But, though I agree in principle with that premise, I must deviate it with in this case because, if you want a reader to enjoy the text, it’s important that they enjoy looking at the text.