Who’s got two thumbs and is fricken excited? This girl that’s who! haha
Horrornews.net got an exclusive with KEITH Stoddard about the upcoming film trilogy BLOOD DE MADAM! Production team, cast list including 8 scream queens so far, and none other than the king himself, H.G. Lewis as director has been announced to work on the film RIGHT HERE!

So sit back, kick back, and read on as KEITH answers our questions about the first installment of the BLOOD DE MADAM trilogy:

What role do you have in making this film?

When the script was written it was my intention to Direct the film as well. The name Blood De Madam is broken up into 3 parts a trilogy. It is the way I intended. As I went on with the script I thought this was inspired by a true story it is also inspired by Heavy Blood and Gore and Sex and Sadism like horror was in the late 70s and 80s. So I thought on it and I said what best to put the film into the hands of a man who created all that I have mentioned to a extreme. HG Lewis in the 60s introduced Blood and Gore and he also paved the way for alot of 70 slasher films. So I talked to him, he at first was no Keith you direct the film. He then read the script and he said ” It truly is awash of Blood and Gore” during our talks he agreed on directing the film. So my role is I wrote a film a whole trilogy that was inspired by a true story and I have a true legend and master of Horror directing it. I couldn’t ask for more then that. I am happy to be able to write what will be a classic and a shock back into Horror history the way Horror should be.

Who is directing and producing the film?

As I said HG Lewis will direct the film. He is the only person I think who is right for that role. Its been as many say 30 years science he directed . He did do Blood Feast 2 for some reason they look past that film. So this is truly a big deal with this film. For him to come out and say he will direct is like the 60s all over again. We are so mind set into remakes and watered down Horror we have PG-13 films and we just cant go on with that. Its time we aim Horror to the way it is suppose to be and we shock everyone and HG Lewis is the man who can and will do just that. As far os Producing the film we have several very talented people involved with the production part. We have Faron Brown who is one half of the executive Producers he handles all the investors and gathering of all funds and such. We have Brooke Lewis who is The Production Consultant she runs Philly Chick Pictures. She will handle all the meetings and such and is a very talented woman and a very determined one at that. The Head of production is Andrew Roth who is a very dedicated and focused person to have in a team. He knows what is best and aims for that. We have John Meile ( Necromagical ) who handles all contracts and such. So it is a team that works together smoothly and that’s what is important. Now we do have a great aim at a huge part of producing in this film that I want to not speak on this time till all gets signed and such. Now a great thing more marketing then anything and it never dawned on me till it was brought to my attention. As alot know I have a background in promoting and managing in the pro wrestling world and I am known as The Don of Hardcore Keith Tomasso in that field. Well it is a great team when they say The Godfather of Gore teams up with The Don of Hardcore it has that ring to it.

Who has signed on to be in the cast so far?

Debbie Rochon, Tiffany Shepis, Felissa Rose, Bianca Barnett, Shannon Lark, Elske MacCane, Babette Bombshell, Matthew Helms, Lloyd Kaufman, Melantha Blackthorne, KEITH” Pondo” Canady, Josh Diogo, Frank Eitinne, Richard Taylor, Sean Gordon, Krisondra Daigneault, Megahn NoOne, Michah Shane, Erik Williams, Cody Matthew Blymire, Bambi Lynn, Monique Dupree, James Fury, Jayson Champion, Tony Helms, and there is alot more to come . We also have Victoria De Mare who with trying to work with each other on her schedule we still have that up in the air and such. This film is one of the first with over 8 scream queens involved and that’s what I wanted to do also. I wanted to in many ways honor the women of Horror and so this is dedicated to them also just as its dedicated to HG Lewis.

When is filming due to start?

Filming was aiming for November 10th and by a meeting with HG lewis and the possible of a very well known team coming involved. We want to do this film right. We want to go in 100% and in a return to Horror like HG lewis is doing we want this film not to disappoint. So we will be starting filming within the beginning of the year. Now this is also a very tactical way of promoting the film we have so much to offer everyone in the genre with this film we want all to be happy with the finished product.

Where will the film be shot?

The film will be shot in South Florida and in NC. NC is where the story came from so we want to keep that essence with the film.

What company is releasing the film?

We have already got lined up Omi Films in Germany and Starz Entertainment in Australia. They already said we want the rights to the film in those parts. We have a big deal getting ready to take off with a great film distribution and studio. Now when we do all this we look not at a small picture but a big picture. We want to aim at some theatrical release and I think a midnight showing is proper for this film. Alot who read the script say its graphic well I am not aiming for a Unrated rating I want to see this get a good old fashion NC-17 rating. That’s important and I think says more for the film. 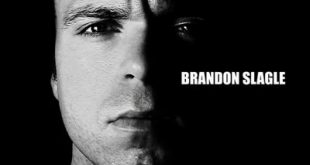