Why did you decide to make this type of movie?

I decided to do this movie because like Christopher, I have always
loved Steven Spielberg’s “Duel “. I first saw it as a youngster and
was riveted to the television! I remember sitting down with my entire
family, including one of my favorite uncles. A great childhood memory.

Would you say Dennis Twist is a normal guy in an unfortunate situation?

You could say that Dennis Twist is a normal guy in an unfortunate
situation. However, due to his actions you could say that his self-
absorbed actions led to his misfortunes; a victim of karma.

What would you say is the balance between suspense and violence?

Rage begins quickly. It keeps you guessing until the very end.
In the first act there is more suspense than violence. The violence
escalates as the film progresses. We have been told that the second
act is too violent! To which I have to say there is no such thing!…lol

What are the similarities to the movie “Duel”?

The similarities between ” Duel ” and ” Rage ” are that both ” Rage’s ”
Dennis Twist and “Duel’s” David Mann are both unassuming men
with normal careers; whom have the misfortune of being chased
by homicidal maniacs.

What makes ” Rage ” original is that whereas ” Duel ” for the most
part takes place on a isolated highway, ” Rage ” takes place in a
bustling metropolis. Also, other than a few cuts and scraps there
was not much blood in ” Duel “. Although, far from a bloodbath the
same can not be said about ” Rage “. In ” Duel”, David Manns ‘ de-
lemna is confined mostly to himself, whereas Dennis’ draws others
into his web of violence with tragic consequences.

What was the most difficult challenge in making this movie?

The most difficult challege was the financing of ” Rage”. Thank God,
we were able to find some great investors.

Do you have a favorite scene from “Rage”?

My favorite scene from ” Rage ” is the chainsaw scene. That is all
I will say!

Where was the film shot and how long did it take to make it?

” Rage “, was shot over a period of 24 days, mainly in Portland, Oregon.
Additional shooting was done in St. Helens, Oregon and Seattle Washington.

What do you want the audience to say (or feel) after seeing this movie?

I want the audience to say, “wow, I did not see that coming! ” I would also
like them to say I can’t wait to see what these guys have for an encore…lol

Where can fans go to see “Rage”?

With the festival season winding down, it may be too late to catch ” Rage ”
in any festivals. I will keep you informed if that changes. As for the future,
we are really hoping for a good distribution with at least a limited theatrical
release. 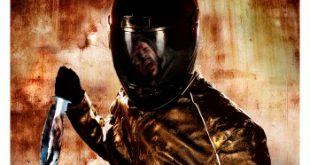 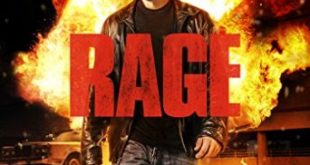