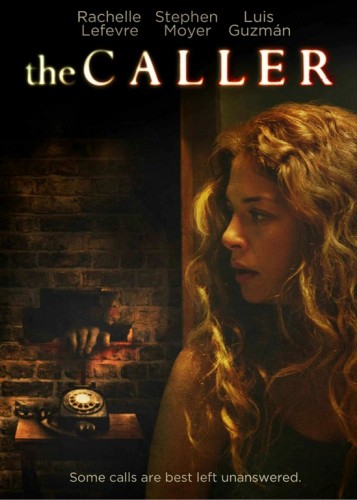 Troubled divorcee Mary Kee is tormented by a series of sinister phone calls from a mysterious woman. When the stranger reveals she’s calling from the past, Mary tries to break off contact. But the caller doesn’t like being ignored, and looks for revenge in a unique and terrifying way…

It’s an odd experience when The Black Saint watches a movie that he’s never heard of before & is pleasantly surprised (sort of anyways). “The Caller” just happens to be one of those movies. It’s a take on “Frequency”(2000), do you guys remember that one? Where Jim Caviezel managed to get in contact with his dead dad through an old short wave radio. The difference here is that it’s an old telephone that set up a connection between our heroine & she doesn’t initiate the call. Allow me to explain a bit…

“The Caller” tells the story of Mary Kee (Rachelle Lefevre), a divorcee who is trying to start her life anew. The film opens with her moving into a new apartment. It’s not the greatest looking place but it’s affordable & suits her needs. While moving her stuff in she meets George (Luis Guzman) who helps her move in. He’s a nice enough guy but he does seem to be a bit distant…he asks a lot of questions as well. Odd questions. But Mary just thinks him to be a bit of an oddball, a harmless oddball & gladly accepts his offer of help. 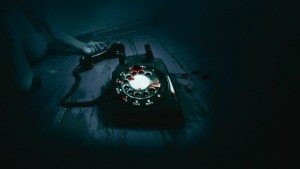 Later that evening, her phone rings. It’s an old phone & once she answers it she finds herself talking to an older woman named Rose (Lorna Raver). Rose is looking for a man who doesn’t live there anymore & Mary just brushes her off initially as someone who’s looking for someone who no longer lives there. A past tenant perhaps. But Rose is persistent & calls repeatedly and Mary slowly discovers that Rose is calling from the past, thirty to forty years in the past actually & she’s looking for a man who cheated on her way back when…

A relationship develops between Mary & Rose. One that is conducted only through the telephone & for awhile all seems well but Rose starts to change her disposition & hence her attitude towards Mary begins to change as well….for the worse. And the fact that Mary’s ex-husband is something of a stalker doesn’t help things much either. There is a love interest in the film for Mary in the film as well, John (Stephen “True Blood” Moyer), who manages to get himself mixed up in Mary’s odd situation but doesn’t really serve a great purpose to the script other than to have a sex scene on the floor with Lefevre. All the while Mary continues to talk to Rose even though it’s obvious that Rose is a bit off her rocker. 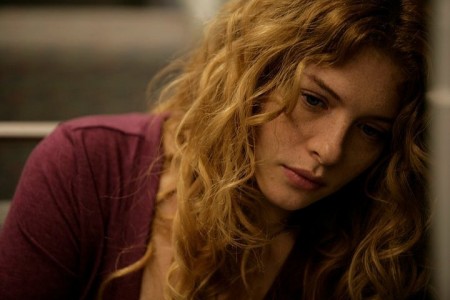 And of course it goes downhill from here. The biggest flaw in the film is that we have to believe that Mary would accept the fact that she’s on the phone with someone who’s talking to her from the past. The fact that Mary accepts this so easily was hard for me to swallow. I would’ve just changed my phone number. The relationship she has with her ex-husband is odd too since he seems to be something of a jack ass to start with & I wondered about their relationship. Were they ever happy? What brought them to divorce? None of these questions are answered. The characterization grows thinner as the film continues & that’s never a good thing when we’re supposed to buy the central conceit of the film.

It’s not that “The Caller” is necessarily a bad film, it’s more of an unfinished film. It had places it could’ve gone to make it more interesting. But it’s seems happy to just trudge along in a most predictable manner. There are no great shocks or scares in the film, no blood either to my recollection but it does manage to sustain a modicum of suspense throughout it’s running time. It’s also a pretty ugly looking movie as well & considering that it was filmed in Puerto Rico that’s something of an accomplishment since P.R. is one beautiful f*cking island.

Questions arise over who Luis Guzman’s character is supposed to be as well. Is he real or just part of Mary’s fractured psyche? As a matter of fact we learn very little about Mary herself. Who is she? Why is she studying French (In Puerto Rico no less)? Who is Rose? Why does she turn so evil towards Mary as the film continues? The film offers no real answers to any of these questions…and what’s the deal with the broken air conditioner? Is it symbolic of something? I wish I could tell you, but I was in the dark thanks to the thinness of Sergio Casci’s script.

Director Matthew Parkhill seems to know that he has the kernel of something here. Something that could really be special but he plays it extremely safe & doesn’t seem too interested in any of his characters motivations. Which in turn leaves me uninterested as well. The fact that I still didn’t hate this movie is something of a testament to his skill as a filmmaker. Maybe it’s because I was waiting for something big to happen & there are a few good scenes that show how Rose can get to Mary, even 30 years in the past. But in the end I found “The Caller” to be something of a film that I might find on the “Lifetime” channel. It’s not terrible & I did like the way it ended, predictable as it was. It’s just not a very good movie overall when it could’ve been something more compelling.

But, I will give it 2 1/2 Shrouds out of five. Am I nuts? Maybe I am, but there are some good ideas in this movie & the performances are all good ones. I can’t fault them for failing in the end. A bit of characterization…some more scares & they might have had something great here. As it is, they have something that’s barely good. I can accept that every so often. 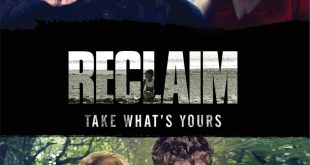