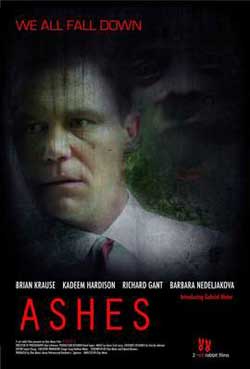 SYNOPSIS:
An obsessive doctor working on a cure for AIDS unwittingly creates an aggressive new bacteria that deteriorates the body and enrages the mind.

Viruses. One word that can definitely bring a lot of images to mind. Especially when put into the context and confines of a horror movie. In that aspect you might as well put the word “super” in front of it because that is usually what you end up dealing with. And boy do they ever wreak havoc.

Ashes falls into this medical subgenre of horror which could easily be termed “the diseased, the dead and the not so dead.” You don’t want to catch one of these bad boys, believe me. Sure it starts out innocent enough, a cough here, a fever there, throw in an occasional skin lesion. But if you’ve seen enough of these you know it will eventually get much worse. The only thing you can possibly hope for is a quick death and then pray that it actually ends there. Coming back to life with the sole purpose of infecting more people isn’t exactly high on my priority list.

The movie starts out with some children kicking a ball around on a rocky beach. One of them, Jesus, happens to see a white jellyfish that has washed up on shore. He reaches down to inspect it more closely but when he does he gets stung.

Cut to an emergency room where we meet Doctor Andrew Stanton (played by Brian Krause of Charmed fame) attending to multiple patients. Right away you can tell that he is great at what he does. And it isn’t long before you find out just how great.

Seems he is getting very close to finding a cure for the AIDS virus. Sure he only has one test subject for now but things are looking promising. With the help of his assistant, Matthew (played by Kadeem Hardison from the television show A Different World), they are on the verge of a breakthrough. If only poor Jesus didn’t get dropped off at the door of the hospital.

Things aren’t looking good for poor Jesus. He is on the verge of dying. Doctor Stanton isn’t the type who can just stand around and do nothing so he tries a last resort. Inject him with his latest med to help boost the young boy’s immune system. And quicker than you can say big mistake, Jesus takes a bite out of the good Doctor’s arm.

Things seem to be okay at first but we horror fans know better. Slowly but surely Doctor Stanton worsens until he begins to lose all grips on reality and starts to become more and more agitated, much to the bewilderment of his family, friends and colleagues.

Ashes is a pretty good horror movie that while for the most part is predictable, does a good job of keeping you entertained. For some it will be a little too slow moving. This is one of those movies that builds and builds before finally exploding in the last reel. Personally I thought the wait was worth it. Brian Krause does an excellent job of portraying a man who quite simply descends into not only madness, but something much more.

Director Elias Matar keeps the tension building as the virus works its way through Doctor Stanton. This isn’t a horror film in the sense that the virus takes hold within the first fifteen minutes and you spend the rest of the movie fighting off hordes of the infected. Not to worry though, you do get some blood and bodies at the end.

Speaking of blood, the make-up is well done if a little understated although gore is not the focal point. The acting is above par all around which is really crucial in a slower paced film such as this. If you don’t fall in line with the characters, you’re going to be fighting off the urge to take a nap.

Overall I would have to say that I liked this movie. Wouldn’t rate it a purchase but good to see. Just make sure to wash your hands after watching. Killing all the bacteria you can is never a bad idea. 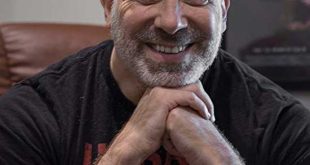 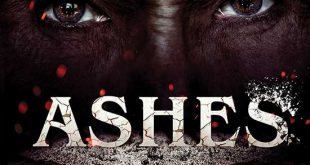 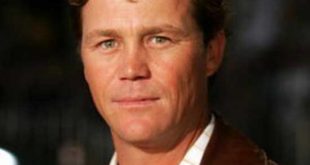