Home | Horror is No Laughing Matter

Horror is No Laughing Matter

WARNING: The following article may be controversial and objective to some without an open mind. While most of my articles are informative (this is as well) this one is strongly opinionated. A sense of humor is not required….

I just thought I’d unleash some personal opinions on the mixing of the Horror and Comedy genres. Why is there such a combination? Horror is supposed to leave you with an uneasy feeling of dread, fright and maybe even disgust (if done the right way). The melding of Horror and Drama is fine. They go together very well. The combination of Horror and Comedy is like peanut butter and bile mixed with a dash of feces. Just the thought alone makes me want to gag. Horror is supposed to horrify, not tickle the funny bone as you watch. 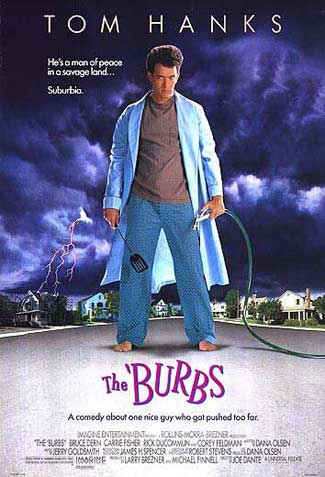 There are some films that mix a little of both to put the viewer at ease between the disturbingly gruesome scenes. Films such as The (original) Last House on the Left mix dark humor and wacky music to ease the tension between the violence. Little one liners such as, “We blew a rod” are added to spark a giggle out of those with a dark sense of humor. Others, such as Scream (same director), get away with the comedic performances by Matthew Lillard and Jaime Kennedy. With this series, the comedy kind of goes along with the characters, which is fine and excusable. They are teenagers who laugh at the surrounding threat of death until it suddenly creeps up on them.

Another film that blends the two genres well is The ‘Burbs. Tom Hanks, Bruce Dern and Rick Ducommun make a great combination of comedic performances as their new neighbors, the Klopeks, are scorching the remains of the previous owners of the home in their massive furnace (and burying them in the backyard).

The trade off of comedy between the actors is brilliantly handled, yet the disturbing subject matter of the Klopeks could actually happen anywhere in America. Ask Jeffrey Dahmer or John Wayne Gacy’s former neighbors… It actually has happened. I’m sure somewhere around the world, it’s happening as I write this. The realism of the matter (to me at least) makes the comedy somewhat acceptable. Tom Hanks, being such a brilliant actor makes it work. The writing by Dana Olsen does as well.

Another classic blend of Horror and Comedy is The Lost Boys. Sure, vampires are not real and the film itself is not all that disturbing. Yet, it gets away with making the viewer laugh and scream at the same time. This film was originally supposed to be a children’s vampire tale, rated PG. Joel Schumacher wanted to make it for adults when the script was handed over to him. Still, the film is “stylish and hip” enough to get away with the comedy spiced throughout. Vampire films have ranged from romantic (Interview With the Vampire)… to all out horrific (Salem’s Lot). This film was a completely original and different take on the sub-genre and for that, I give it much respect. Again, as with The ‘Burbs,the performances totally sell the melding of the two genres. There are not many straight horror fans that you will meet that do not hold this film in high regard. Myself included. This is one of my favorites of all time, even for a “god damn, sh*t sucking” vampire film. 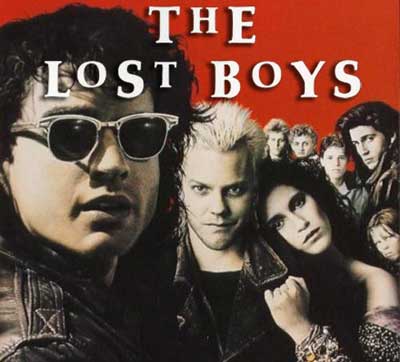 The third and final film in my opinion to get away with the blending of Horror and Comedy is the new film based off of the book by Edward Lee called Header. Then again, you have to be one sick person to laugh at a film such as this. The subject matter is brutal and quite disturbing. I can’t give away the plot, or you’ll know what a “header” is and learning as you watch is the whole point. Besides the way that the dialog is approached, one could not tell this was supposed to be a comedy at all. The idea is one of the sickest I’ve encountered. It’s disgusting and for that I salute it. Two of the characters add a slight sense of comedy. Besides their performances, it’s a pretty dark ride overall. One that most viewers will not be able to easily erase from their brains after viewing. 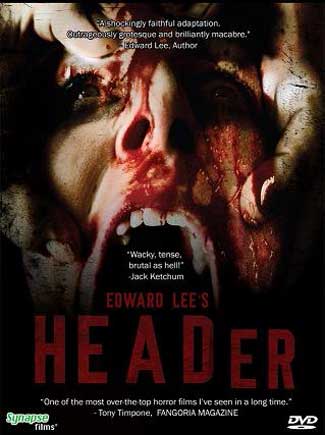 The Texas Chainsaw Massacre was meant to have comedy mixed within by Writer and Director, Tobe Hooper. Still, as dark as the film is, one cannot tell it was meant to be a comedy. Not even the Motion Picture Association of America. They gave it an R rating, even though Tobe was going for a PG. With very little blood shown, the subject matter overrode the comedy. I (such as Dave and Chainsaw, from Summer School) give this “two thumbs (or four horns) up. Unless you are a long time Texas Chainsaw Massacre fan, the comedy is completely overlooked. There is not a single review that calls this film “funny.” It is known by us all as one of the most disturbing films of all time. For that, I love it. Rob Zombie’s writing with House of 1,000 Corpses and The Devil’s Rejects seem to get away with letting the two genres bleed into each other. 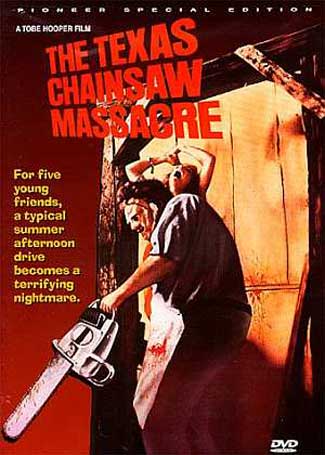 Horror Comedy is an oxymoron that should be done away with in general. This brings me to the list that I despise. Zombies, for one, are just not scary to begin with. I think that is why this new crop of zombie comedy crap does not really care about letting the laughter overpower the screams. Films such as Shaun of the Dead, Army of Darkness, House II: The Second Story, and now Zombieland should crawl back into the grave, never to rise again. I can’t stand to see our beloved Horror genre wiped out by a ninety percent addition of comedy to ten percent Horror. It truly makes me sick. 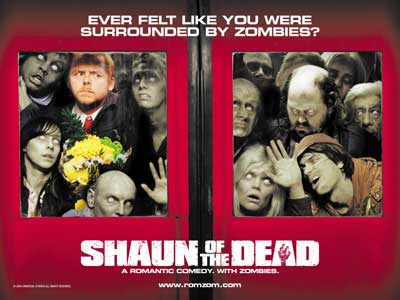 The most despised movement is the horror parodies, such as the Scary Movie (Scream’s original title) series. Not only does this blasphemous piece of crap spit in the face of true Horror, but it singles out specific classics of the genre and turns them into laughable, non-horrific crap. I respect Weird Al for what he does, but that is the music industry. 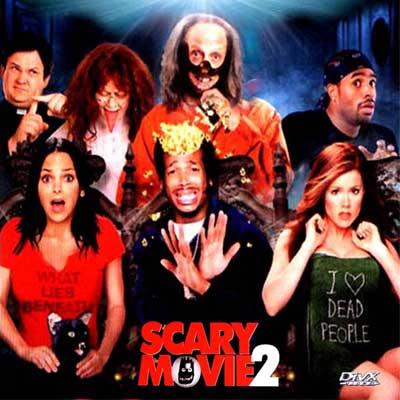 To take a sacred genre such as Horror and turn it into something laughable makes no sense to me. True Horror fans (and fans of true Horror) will hopefully see where I’m trying to go with this. With a film such as Scream, which uses normal teenage (cynical) behavior, it is excusable. Others that the comedy too far should be done away with in my eyes. I hope to see Horror return to it’s gritty roots in the future. These American Pie fans would hate to see a random severed head fly across the screen as they are trying to laugh (or a severed head every other two minutes), so why try to make someone laugh that is looking for a good thrill. Let horror be horrific, such as in the beginning. That’s what it’s here for. This may stir up opinions within most who read… feel free to share. Keep it brutal and stay sick, just as horror should remain.