Horrors of Humanity: I Should Have Taken a Taxi

Correct change, paper transfers, and strange smells emanating from gibbering women in wool coats reading dime store love novels too close to their coke bottle birth control glasses is part of the experience of public transportation. Riding the bus is a wondrous glimpse into the ephemeral majesty of a mobile microcosm representing the diversity of average humanity. That’s not always a good thing.

I must confess to my using public transportation in the past. Yeah! It’s true! I wasn’t always this cool, rich, and successful! I know, I know, it’s hard to believe but please…let me continue this story. I must claim that riding the bus was quite an experience. Let’s see, what beautiful creatures did I meet? I sat, tightly clutching my bag and holding my breath, next to a miscounted Noah’s Ark of ethnicity and evidence that natural selection and eugenics sometimes takes the day off. The sixth day was obviously a day God was slightly askew within his grand vision and perhaps less than Omnipotent in boasting that impermanent filth was a mirror image.

As I sat and watched what “beautiful people” boarded the bus, I saw chicks of excessive girth that should have swallowed instead of breeding with their drunken miscellaneous date rapists. My eyes beheld in wonder at the parade of Wal-Mart greeter gimps, fashion victims waking up and deciding that stained sweat pants, flannel, and work boots are a good look. I even saw someone I thought may have been a robot, but it also might have just been someone with an oxygen tank and a blue tooth device. I don’t know, maybe I was drunk.

Public transportation offers the traveler a kaleidoscope of sight, sound and sadly, smells. Most of these human bouquets are not as pleasant as one would think from being locked up in a moving steel tube with wheels and sticky floors. Speaking of inhuman smells, a Yeti walked past me on the bus once and I suffered temporary blindness from its stench. Well I think it was a Yeti. It could have just been an ugly old lady with too much facial hair and a big fu coat but I guess I will never know for certain because…well I was blinded, and maybe drunk. She did leave a trail of gaseous expulsions that reminded me of Vietnam and napalm. I do not think Vietnam had any Yeti’s though. 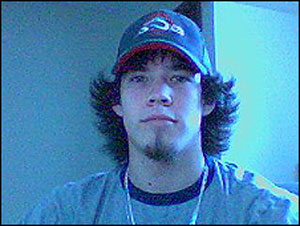 I once saw Otis Driftwood on the bus also, I really did. He sat two seats in front of me with his long hair, beard and pants stained with dried blood. It may have been dried feces but I preferred to maintain by phantasmagoria. I wanted to talk to him really bad but before I could, he entranced me with some kind of magical ray or mind control that emanated a smell of cigarettes, whiskey, and urine. Otis then vanished from the bus like a homeless leprechaun and I never saw him again. I just went home and ate Lucy Charms with 2% milk.

Needless to say, my experiences with public transportation were entertaining at best. Of course my experiences pale in comparison to those of Tim “Bubbly” Mclean. Who the hell is that you may be asking yourself? Well if you shut up and keep reading you will find out, always with the questions you are!

It is safe to say that no one really gave a sh*t about someone named Tim Mclean before July of 2008. I know I didn’t care and I still don’t care for that matter but as you have all come to realize, I am a misanthropic cynical asshole. No really, it’s true! It’s part of my charm and why I am such a hit at public gatherings. Ok fine, I will stop my personal digressions and diatribe and give you the story, shut up already!

This past July, that’s of 2008 in case you forgot already, Tim McLean sat on a greyhound bus in Winnipeg Manitoba. That’s in Canada kids, you know, that place who rides on top of the USA like a French speaking whore that has bacon that really is ham, red light prostitution, ample drugs, and Dudley Do-Right? 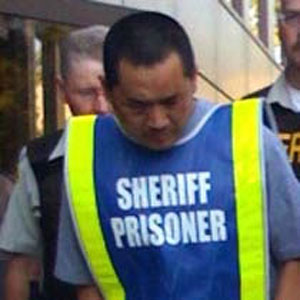 Anyway, Tim was sleeping on the bus next to a shaved head hip-hop wearing Vince Weiguang Li. Soon after boarding the bus Vince decided that the drive was way too boring and all of the screaming parasitic children, maple syrup retards, and Kids in the Hall sexually confused college students needed some Hannibal Lector spicing up! As if one of those little devil guys whispered into his ears with inspiration, Vince decided he wanted to stab Tim like 60 times, cut his head off, and eat some of his flesh. Hey it passes time better than engaging in a temporal mindf*ck with some useless stranger who makes you realize that deep throating the barrel of a handgun is far preferable to the banality of their chatter.

As the passengers screamed in horror and ran from the bus Vince remained focused on slicing and dicing Tim into a giant no longer sentient piece of Canadian bacon. One of the witnesses described Vince as killing with ” no rage in him … It was just like he was a robot or something.” See? I knew there were robots on buses! Witnesses continued stating that the attack was unprovoked and “I don’t think the guy knew him at all . . . the poor guy, he didn’t see it coming.” Well of course he didn’t “see it coming” because unless he was like the talking head in Re-Animator, his head was f*cking severed! I always wanted to be the severed head in Re-Animator because he gets to lick clit and still be a severed head but what the f*ck do I know right? Well Vince paraded up and down the bus holding the severed head mockingly to the horrified passengers outside even though the head didn’t talk, or eat clit.

Well Klondike Kat and Dudley Do-Right finally showed up and arrested Vince and tied him to that horse they ride. The passengers were then sent to a hotel for questioning, sleeping on semen stained sheets, and a complimentary breakfast of stale bagels full of skin flakes, dandruff, and dust mites. Oh, I think they got some fruit too because fruit is good for you. That’s what the Wiggles say anyway, well all but the yellow Wiggle because didn’t he quit because he was gay or have some kind of emotional problems? A crisis center was set up also because I guess some people react badly to seeing someone hacked to bits and turned into a non-talking non-clit eating severed head. 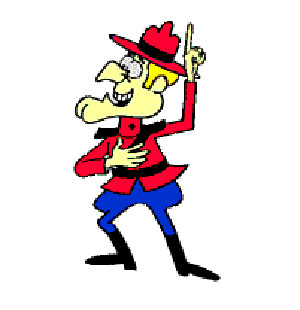 So my dear readers what’s the moral of this story? How the f*ck should I know, figure that one out for yourselves! All I know is why the f*ck can’t I get to be on buses where people get carved into summer sausages? All I get are immigrant’s speaking in tongues, homeless bums wrapped in a pigpen cloud, and white trash with mullets discussing their enlightened views on world events and sales at Wal-Mart over harmonics of exhaust fumes, screaming brats that should have been stillborn, and insignificant business suit cattle that think they are the sh*t despite the fact they are on the f*cking bus! I guess if there is a moral to this story it is that the next time you need a ride, either bribe your friends with drugs or blackmail them with the secrets they trusted you with. Either that or take a f*cking cab.

Well that’s it for this edition of Horrors of Humanity. I hope you have enjoyed your stay even if you are not a severed head eating clit, one of Tim McLean’s Myspace mourners, or a yellow Wiggle! If you have not enjoyed your stay here I really don’t care because you’ll be dead soon from living in a country ripe with obesity, class warfare, and the Jonas Brothers….

Here’s a link to the story for those liberal hippy tree hugging gumdrop Dali Lama I want to save the puppies from the pound I recycle on Earth Day I voted for Obama socially hypersensitive people that think their pitiful existence means a f*cking thing in the grand scheme of a dying planet in an infinitely useless cosmos can go for more information. www.reuters.com