This atmospheric Swedish horror film follows a young priest’s descent into madness after a handful of sudden, traumatic nightmares. Just as his late night terrors begin to overwhelm him, the priest gets word that his father has died in a small, isolated village in Northern Sweden. The young man hurries to get to the site of the death, but his journey north unleashes sinister forces that may seek to trap and destroy him.

It’s a shame when some sort of technical issue occurs that interferes with the enjoyment of a film. Today, I encountered two such instances in one film. While watching the Swedish religious-themed horror film “Psalm 21”, I not only was bombarded by the most HORRIBLY translated subtitles I have ever encountered, there also was some sort of sound issue on the disc I was sent that caused the music to sound as if it were skipping. To be blunt, one of the most annoying viewing experiences I have had in a long time. By now, you’re probably wondering if the film was any good, right? The answer is, yes! Not quite a horror film, the horror elements were used to move the story along. There was a strong cast, several creepy moments, a haunting atmosphere, and some CGI that I actually liked (and that does not happen often). Unfortunately, the films’ final act is a bit unfocused and kind of comes from out of nowhere.

Henrik Horneus (Jonas Malmsjo) is a priest who is loved by his parish. At home he struggles to connect with his son. That night, he receives a strange phone call that his father, who is also a priest, has drowned. The circumstances surrounding his death seem bizarre and Henrik takes off immediately to the tiny village to try and discover the truth. While on the road, things grow strange when he thinks that he has hit a child in the road. He makes his way to a house where Ivar (Niklas Falk) and his family reside. The hauntings begin to grow stronger when he is there, fearing that he is losing his sanity. When the truths begin to reveal themselves, his faith may be all that saves him.

I don’t know much about the Church of Sweden. According to the film, in the 80’s it was decided that hell did not exist. This is one of the films major themes. There is a lot of scripture being quoted, mostly from psalms (but judging by the films’ title I bet you could have guessed that). This is one of many side plots that in the end, make the proceedings feel unfocused. I wasn’t the filmmaker and I am sure he made the film that he wanted to, for me, the church bashing that comes out of nowhere, was a bit much for me.

Now, that was my only complaint. There is much to like about the film and there are some genuinely creepy moments that happen during the films middle act. Without giving too much away, Henrik is haunted by his mother. When she appears, her face deteriorates gradually, and the effect is creepy. It happens several times through the film and each time I couldn’t believe how much I liked the CGI effect they used. Whatever the films production budget may have been, they spent their money where it counts. The film looks stunning, capturing a dreamy, nightmarish horizon with beauty.

For us gorehounds, the film is bloodless but that is alright since the story is interesting and the acting is strong. There is a fine line between acting and over-acting. At times, Jonas was balancing dangerously close to over doing it, though in the end, he did a great job. His supporting cast does a terrific job backing him up and maybe even reeling him in a bit.

Written and directed by Fredrik Hiller, “Psalms 21” is a terrific ghost story, when it is focusing on that story. It only begins to lose itself near the end when it becomes less about the mystery and more about bashing the church. I know that I may have missed some of the story when I was struggling with reading the HORRIBLY translated subtitles. I really feel the need to seek this out on a non-defective disc and watch it one more time. It is definitely worth a viewing or two. 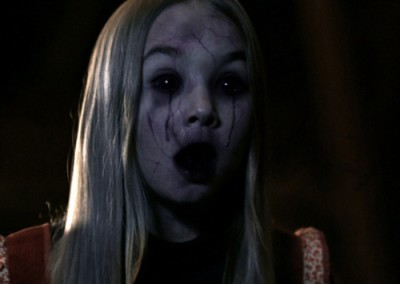 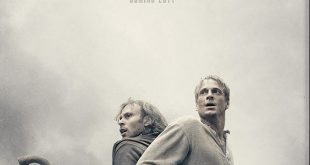