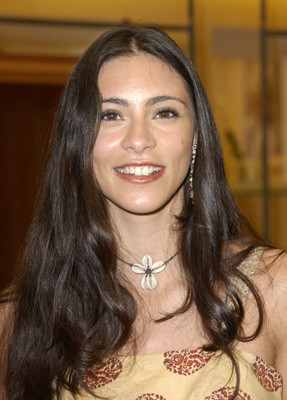 Tell us a little about your character Detective Rios in the movie “Unknowns”?
Detective Rios is a young, tough detective with a hidden agenda. She competes with her peers to nail the killer (or killers?) of the unknown actors. Although she is mysterious in this first installment her story will unfold in the sequel.
What got you interested in doing this movie?
Manolo Travieso, the exec producer and actor who plays Roberto, approached me to play Marianne originally. Marianne is a girl in the group of unknown actors who gets slain in a very twisted and unexpected way. It involved tons of gore and nudity and since I had already played a character similar to her in American Weapon I wanted to do something different. Playing a tough detective appealed to me especially since I get to come back in the sequel!
What can you reveal to us about the snuff film?
Very little! It is the biggest unexpected twist in the story and what makes the film unique so I don’t want to give it away!
Any cool or interesting behind the scenes stories?
The location where we shot the police station and interrogation scenes is one of the top ten most haunted places in the United States. It was once the Lincoln Heights prison, a mental hospital and it now houses a theatre group called the Bilingual Foundation of the Arts. The place is so creepy even ‘Nightmare on Elm Street’ filmed the boiler room scenes there. Quite a few TV crews have set up camp on each floor to document the strange things that happen on a daily basis in the haunted rooms and theater, and our producer made sure we wrapped before 3am to avoid hearing the daily wailing of a boy who died in the elevator shaft. A few people on the cast and crew would hear strange noises in the building without explanation, someone whimpering or talking. Some of us took pictures that would sometimes come out blurry or with mysterious cloud like blobs and orbs.
What can you tell us about the movie “American Weapon”?
American Weapon is a classic horror film with all the gore and nudity we love plus a twist of politics and spirituality. It is unique, smart and completely original.

Was it easy for you to go from model to actress?

Yes, although I had been acting in every school play and consider it my first love both the modeling and acting happened at the same time professionally. It was in Japan at age 13 when I started modeling and also working on strange and funny commercials.

Do you have a favorite horror movie from your childhood?
I remember flipping through channels as a little girl and seeing the flickering TV set and creepy voice in Poltergeist. It was so scary that I stayed far away from watching horror movies. Then when I was older and ready to give horror films a second chance, I fell in love with Silence of the Lambs, Pet Sematary, Scream and Nightmare on Elm Street.
Do you believe in the paranormal?
I do and it began when my great aunt Amparo and her husband Lilo passed away. A couple who had never met them moved into their house some time after their deaths. Within the first few months the wife started seeing an old woman pacing up and down the main hall late at night. Shortly after she began seeing a tall lanky man also walk the hall. When she contacted my family and described what she was seeing on a regular basis we knew without a doubt that it was Amparo and Lilo. From what they wore to how her hair was done, it all matched.
What other projects are upcoming for Maria-Elena Laas?

This fall I have a mix of things coming out.  I’m in the new Garnier campaigns in English and Spanish. There is also a fun webseries for Mango clothing “What Should I wear by Mango” and a great thriller we shot last year called ‘Leonard Riley’ both coming out in October. I’m also currently shooting a zany comedy “Lotto” where I play kooky stripper stuck in the 80s.