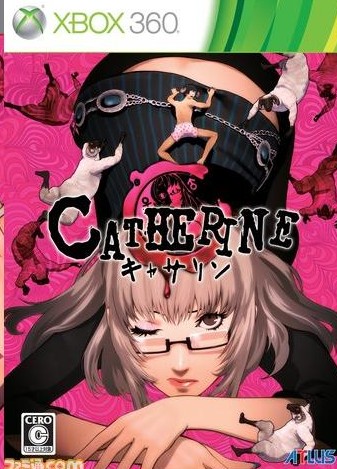 Catherine is a strange tale of one man’s venture into the world of both infidelity and the supernatural. Vincent Brooks is a young man who happens to be in a serious relationship with his longtime girlfriend Katherine. Katherine is getting to the point where she wants to take their relationship to the next level and get married, but Vincent is unsure if he’s ready for that type of commitment. Vincent tries to avoid talking about marriage with Katherine when conversations begin going in that direction, and, in a rather immature act, Vincent decides to go out for a drunken night with his friends.

Things only get worse for Vincent however. The next morning Vincent wakes to find himself in bed with a beautiful girl he met at the bar the previous night named Catherine. Vincent also begins having awful nightmares after this incident, and it seems like he’s not the only one. There have been many reports of local male residents turning up dead in their sleep after having nightmares of their own. In Vincent’s version of the nightmares, he has to climb large towers before the footing beneath him gives way, and he falls to his death. When he reaches the top, Vincent finds himself in a rest area where he can converse with other men who look like sheep. Weird right?

Catherine gets even stranger when Vincent is questioned by a little boy in a confession booth before he is allowed to move on to the next area. In the last tower sequence that Vincent dreams about each night, Vincent is always attacked by an enormous monster that takes on the form of whatever life problem is bothering Vincent the most on that given night. One night Vincent may get attacked by a giant bride, while in another night he is attacked by a giant toddler. Now, Vincent is more confused than ever, and he must try to figure out what he wants to do with his life and learn the meaning of these nightmares so he can stop them before it is too late.

Catherine is a very unique game, and it’s hard to classify it to any one genre. At its core, Catherine is a puzzle game. In every dream sequence, Vincent must find a way to the top of these strange towers by climbing up blocks. Vincent can pull and push most of the blocks, but many of the blocks have different properties, and that’s where the difficulty of Catherine comes from. There are blocks that crumble under Vincent’s weight, blocks that explode after being activated and blocks that house spear traps just to name a few. Vincent can find items or purchase them from one of the sheep in the rest area that will help make his climbs easier. 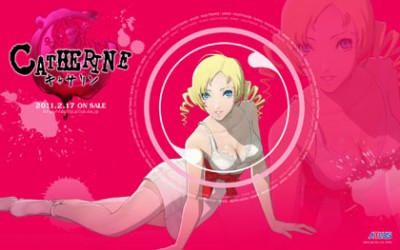 The other sheep in the rest areas will give you hints for the storyline and tactics to use to make climbing the towers easier. The bosses in Catherine aren’t the only monsters Vincent will encounter in the game. During the more difficult stages of story mode, Vincent will have to maneuver past giant ants and evil sheep to reach the pinnacle of each tower. Vincent will also confront some demons outside of his dream world, so Catherine definitely has a horror feel to it as well. A large portion of Catherine will be similar to what you’d expect to see in a dating sim too. Vincent will have to choose between his old girlfriend Katherine and this new Catherine, and each decision you make will affect a morality meter. You will receive one of eight endings depending on the results of the morality meter and the choices you make during conversations with the two women and how you respond to text messages from the two.

Overall, Catherine is a fun game that is truly unique; you won’t find another game like it. The storyline is compelling, and the alternate endings will have you coming back to play it again and again. Bonus game modes can be unlocked in Catherine as well. These modes are fun, but they are very challenging; even experienced Catherine players will have difficulty completing these modes. There is also an arcade game that can be played during story mode, but it’s basically the dream sequences with NES graphics. I would’ve liked to seen a little more variety in the unlockables for Catherine, but it’s still a great game as a whole. I would recommend Catherine to anyone that is tired of the same old FPS games that seemed to get recycled and shipped out with different names each month.

There is a little bit of everything in Catherine for the horror, romantic and puzzle fans. Catherine is a breath of fresh air in a business that has gotten rather repetitive. Hardcore gamers may not appreciate the anomalous qualities of Catherine however, so you may want to check out the demo or rent Catherine before you purchase it.