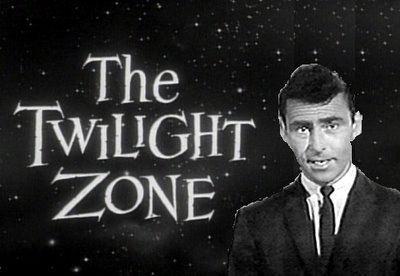 Can you hum the theme to The Twilight Zone? Of course you can, it’s an oscillation of three notes. Do you think you could pick up cello for the first time and work out the melody line of Jaws? I have every confidence in you. Oh, here’s a good one. Using a lint filter and a nylon sock, recreate the soundtrack to Psycho. Okay stop, it’s annoying.

I notice a simplistic trend among some of the most famous music in the horror genre. Sure Halloween has more to it than a one handed piano rhythm but its effectiveness is largely due to its repetitive intervals. Is less truly more in horror? It would seem so at least from the perspective of the composer.

Take Jaws for example. Nobody can assault you with theme music like John Williams. Before Indiana Jones turns around to face the camera his background music just sounds important. Or how about that misleading lullaby he seduces you with before throttling you with SUPERMAN. And then there’s that alarm clock inspired Star Wars uppercut that the audience is smart enough to brace itself for. I was five when I saw that silence shattered for the first time. I think my drink landed on the elderly gentleman who had just ducked and covered behind my seat.

So out of these, Mr. Williams’s least invasive symphony is his horror theme. If you know your film history you’re aware that technical impossibility forced Steven Spielberg to shoot around the shark, implying its presence more often than showing it, inadvertently making the movie all the more frightening. The John Williams title score only plays when the shark is actually present which means that the simple alternating bass notes become the character of the predator. I wonder how we’d feel about the shark if it had been given E.T.’s string section.

It would be fun to debate what the scariest movie theme of all time is, but this being the internet, it would only open up a slew of anonymous verbal mudslinging. (I’m convinced on judgment day we’re all going to have to read everything we’ve ever posted on a message thread out loud to the group). But I can tell you my personal favorite is “Tubular Bells”, as popularized by the devil in The Exorcist. I had the song as a 45 single when I was a child. I don’t know how it wound up in my collection next to “Low, Middle, High” by Oscar the Grouch, but I listened to it hundreds of times.

I knew nothing about the movie or music theory, but I knew that I really liked the build and release of tension in the song. One of the rubrics of a good horror theme is the single measure repeated over and over, which makes sense as the music represents a killer whose motivations are simple and direct. It’s a pity the Emergency Broadcasting Service got hold of the one shrill forty-five second long eardrum numbing torture device. It would have made for a great soundtrack.

Of course the most unnerving music is dead silence, effectively illustrated in the final fifty-seven and a half hours of 2001. Ambient sound is comforting. Silence is not only depressing, but it reminds us that we constantly have “Tom’s Diner” stuck in our heads. One morning when I was an undergraduate I thought it would be amusing to play “Sounds of Silence” at full volume (Nobody in a college dorm appreciates irony).

An idea just occurred to me. I wonder if these previously mentioned musical icons are playing in the heads of the various stalkers. The reason I mention it is because I was reminded how in the movie Top Gun after the fourth scene in a row that played “Take my Breath Away” I was ready to pick up a machete myself.

Of course, one lesson I learned from Fraggle Rock is that you’re safe as long as you’re singing. If I were in the Halloween franchise, the first thing I’d do is write some lyrics to Michael Myers’s fanfare. I may not be a physical match for him, but he’s still not going to take me without a fight.