Paranoia Activity – Horror in the Mind

Horror movies have been a big part of my life. I was told that my first horror movie was Clive Barker’s “Hellraiser” though I can’t really remember much about that time seeing as I was about four years old. Time has passed and I am now a horror movie junkie.

I have watched and forced my sisters to watch, some of the scariest stuff to the most idiotic. If it’s horror, it’s in my DVD player. But I get this feeling that all these years of horror movies may not have been a good idea. I find myself way more paranoid than what a normal person should be.

Do these movies really affect you? Studies have been conducted trying to link violent video games with violent behavior. Maybe I’m not farfetched in the linkage of paranoia and horror movies.

For example, imagine you are asleep in your room. It’s quiet and dark. You wake up and look around as your eyes adjust to the darkness. As you survey your surroundings, you see movement in a corner and all of sudden the flood gates open and the paranoid scenarios begin. Is that a figure? Could someone have broken in while you were asleep?

It happens all the time in scary movies. The unsuspecting victim is vulnerable as they sleep while the evil monster finds a way in and watches in wait for the right time to attack. I mean, really, what is that movement, damn it? The mind can play really mean tricks on you sometimes but you can’t help but feel like something scary is about to happen. Finally, you get the courage to grab the flashlight and “BOOM,” there’s nothing there. After that little adventure, it takes a few hours to finally settle back down but the flashlight is going nowhere. It can only be surgically removed from your hand. Paranoia at its best, no?

How about those times you stay late at work by yourself? The office is quiet and all is well until the noises begin. It begins with a light scratch here and there. Just the walls creaking right? Then, what sounds like bangs on the wall begin to echo in the office. Hello, the air conditioner or heater kicking in (nervous laugh). Then, the footsteps start. Oh crap. You get up to investigate but you’re not leaving without the heavy paper weight for protection. You can’t seem to find anyone in the office but in order for there to be footsteps there has to be people. Okay, here we go. 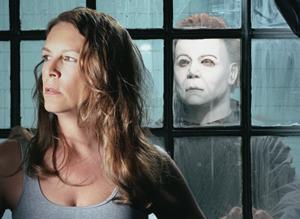 What if it’s some sort of demonic spirit? Or maybe your towns Michael Myers has decided to pay you a visit and presents he does not bring. Oh no, he brings sharp toys like knives and machetes. This happens all the time in those movies. You are alone with no one to protect you. Might as well plant a “kill me” sign on your forehead. You do the only logical thing: grab your stuff and run faster than any sprinter on the Olympic team. Of course you never really knew if someone was there. For all you know, you were just being paranoid.

You know “Final Destination” did a bang up job of turning just about anything into a death trap. Sleep on the bottom bunk; well you could be the meat in a metal sandwich in the morning. Like leaving the ceiling fan on at night; shredded meat on white 100 percent cotton sheets sounds about right. Leaving stuff plugged in sockets may not be a good idea. Hope you have fire insurance. Joy rides may not be as “joyous” as they used to. Have you checked your brakes lately? I hate driving behind trucks hauling long poles or wooden sticks. Those things could go flying at you and leave your head a little on the “holey” side. Don’t get me started on elevators. I know this idea has floated in your mind more than a few times: elevator stalling with no one to help you. Rollercoaster’s your thing? Be prepared to be flying human shrapnel. How about swallowing pills?

One pill is all it takes to clog your throat and choke your be-hind. Could theses occurrences happen? Maybe. Or maybe you’re letting the paranoia get the best of you.

I don’t know if linking paranoid behavior to horror movies can be proven. But all I know are two things: I watch a lot of scary movies and think about a lot of crazy sh*t. So maybe there is something to it. Then again…it could just be the paranoia talking.