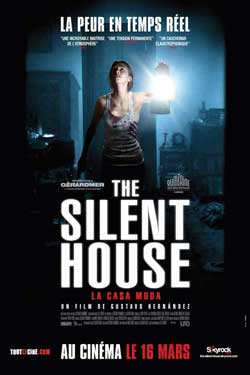 Based on a true story that happened in the late ’40s in a small village in Uruguay. Filmed in one single continuous shot of seventy eight minutes, La Casa Muda focuses on Laura, who, second by second, intends to leave a house which hides an obscure secret, unharmed.

As a fan of the artistic side of film, I have a deep appreciation for the “long take.” Auteuristic filmmakers such as Alfred Hitchcock, Brian De Palma and Martin Scorsese found critical acclaim, in part, for experimenting with lengthy, uninterrupted shots. Even when it lacks a narrative effect, the elaborate technique is aesthetically pleasing. 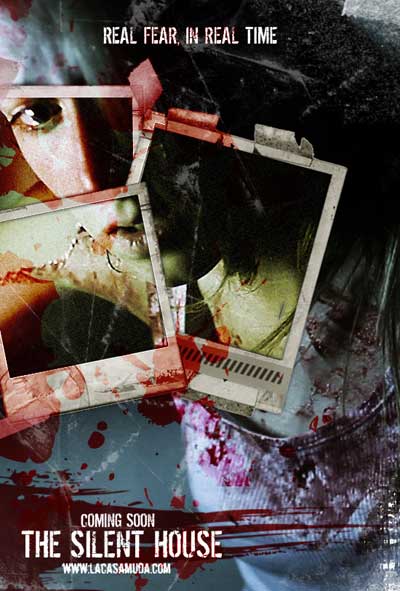 As such, an entire feature shot in a single take is an immediately impressive achievement. The Silent House is not the first one-take film, but it remains an ambitious attempt at breaking from the norm. While some may decry it as pretentious, the sheer amount of preparation that goes into such a feat is undeniably bold.

As if one selling point wasn’t enough, The Silent House has a second advantage going for it: it’s based on a true events that supposedly occurred in the late ’40s in a small Uruguayan village. While I’m unfamiliar with the specifics of the purported origin, the film finds a teenage girl named Laura (Florencia Colucci) accompanying her father (Gustavo Alonso) to clean and repair an old house for sale, where, as they soon find out, things go bump in the night. 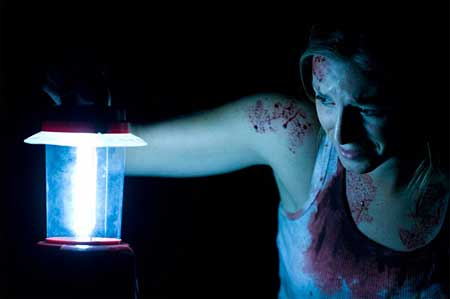 The film comes from Uruguay, where it is known in its native tongue as La Casa Muda. Gustavo Hernández is the formidable director at the helm, working off a screenplay by Oscar Estévez. The script is a bit thin, resulting in a leisurely pace, but overall, the atmosphere prevails for a suspenseful slow burner. The inherent creepiness is amplified by Hernán González’s score. The ominous music is the ideal accompaniment to the organic sound design.

One particularly tense moment occurs when the lights go out and the screen goes completely black. Laura must rely on the flash of a camera to see her surroundings. Needless to say, the sporadic flashes of light reveal some things that were better off hidden in the dark. (Of course, this also provides perfect time to hide a cut, but I like to give the filmmakers the benefit of the doubt and assume that it was, in fact, completed in one take.) 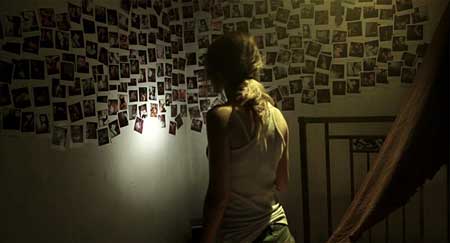 I was fully prepared to forgive any inadequate camera work, lighting, setpieces, etc. based on the arduous shooting conditions, but cinematographer Pedro Luque barely misses a beat. His vision remains uncompromised despite having to lug around a camera nonstop for over an hour. The setting, lit primarily by a lantern and candles, manages to feel both forebodingly large yet claustrophobic.

Kudos are also due for Colucci, who appears in nearly every frame of the movie. With the camera constantly by her side, the success of the film hinges on her performance – and she does not disappoint. Even with the language barrier (the film is subtitled) and not much dialogue at that, she was able to convincingly convey her fear. 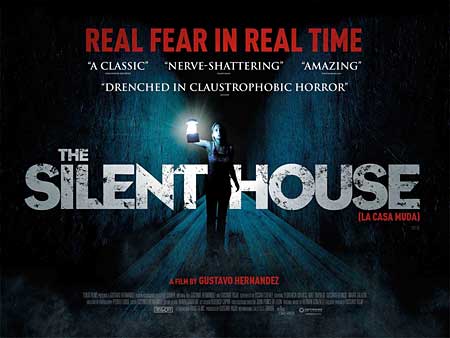 It should come as no surprise that an American remake of the picture is already in the can and awaiting release. But you should get in on the ground floor with The Silent House. This review would admittedly be much different if the film was not shot in “real time,” but the high-concept undertaking is as well executed as it is ambitious.