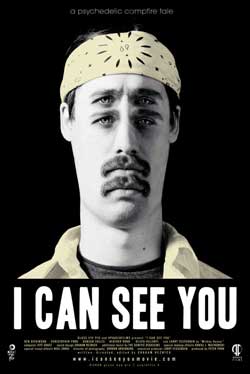 Ben is a young artist who not only struggles with his art but also with his personal life. Fortune seems to smile on the young man when a group that he is part of is offered an advertising job for an environmentally friendly cleaning agent. The group decides to go into the woods for a few days so that they can get some quality pictures for their advertising campaign, while in the woods Ben conviently runs into an old flame which is reignited, it truly seems that things are finally going well for the young artist….or are they?

I am in love with this movie and I honestly believe that it will take more than one viewing for any viewer to truly appreciate what Graham Reznick is bringing to the table with the film I Can See You. Yes the film is one great big mindf*ck however it is quite the fun ride and there is even a musical number near the last reel! 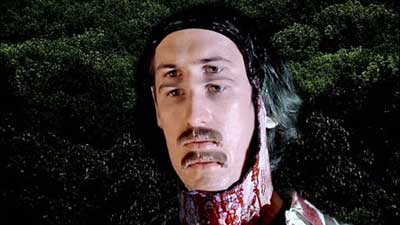 I Can See You starts by showing one of those vintage commercials that one would see on late night television. The commercial is for a cleaning agent that is quite environmentally friendly and allows its user to see the world much clearer. It is only after this commercial that the viewer is introduced to the main character Ben who is a struggling artist. Ben sits in front of an unfinished portrait of his father and struggles with his tools, the fathers face isn’t done and the young artist leaves it that way and heads to a meeting for his advertising company which just got offered a great big job with the company who owns the cleaning agent seen in the commercial at the beginning of the film.

The advertising company consists of Ben who is a struggling artist, Jon who is a quiet and frustrated man who dates Sonia a woman who is more interested in her cell phone than her relationship the whole group is then rounded out by Doug who is bossy and in your face every time that he is on screen. The group is struggling because Jon is going through public domain photos of the wilderness much to Doug’s dissatisfaction. It is only after Ben suggests that they go to the woods to get the pictures that they need does the film begin to pick up.

The group arrives at the woods and quite soon find themselves in the middle of a large gathering of hippies who are all enjoying the woods and the music played by each other. One of the hippies is a young woman named Summer Day (yes really) who just happens to be one of Ben’s old crushes. Following Doug’s advise (quite a humorous bit of dialogue) Ben approaches the young woman and it isn’t long before the two of them go off for a little alone time.

Ben convinces Summer to stay the weekend with the group and she agrees and even suggests that they all go swimming the next day. Graham Reznick loves playing with his audience with this film and for the first half we simply watch the group enjoying each others company, well as much as they can, it is only after this swimming scene that things start to go downhill and soon the viewer is thrown into a nightmare world where they must force themselves to question just what exactly is going on. 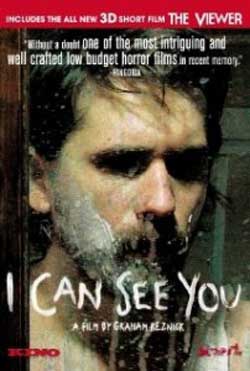 I Can See You really does mess with its viewer, but it’s so beautiful in the way that it does is. The film contains quite a great score and the camera work and tricks are also quite fun to watch. Gore hounds however will find themselves disappointed since the red stuff really doesn’t even come onto the screen until the last reel and by then the viewer is thrown into such a confusing head trip that one really does question what exactly is going on, especially since there is a musical number right before all of this even happens.

Graham Reznick plays a lot with emotions in I Can See You. The viewer watches Ben struggle with his art which leads to frustration. Ben also struggles with jealousy and hatred all captured beautifully in the 90 plus minute running time. I had to watch the film twice in a row just to be sure if what I thought I had seen I had really seen and let me tell you even after the second viewing the film is still quite the head trip….I felt as if I had been slipped something about halfway through the film. 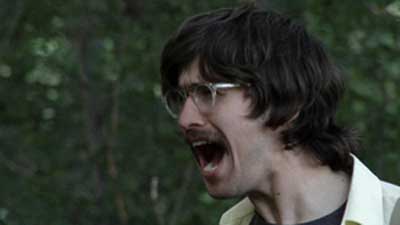 I Can See You is defiantly recommended for those who enjoy a little more substance with their horror than just a guy in a mask chasing coeds. When describing it to a friend I actually used the term “hippie horror” and if this is what hippie horror is all about then bring it on!