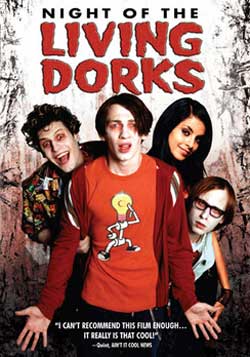 Philip (Tino Mewes), Konrad (Thomas Schmieder) and Weener (Manuel Cortez) — the three biggest dorks at Frederich Nietzsche High School — get a second stab at coolness when they’re killed in an auto accident and reanimated as flesh-eating zombies. Thanks to their rapidly decomposing bodies, there’s no need for eating or sleeping, which leaves plenty of time for partying, girl-chasing — and getting even with their enemies.

Night Of The Living Losers is about a group of friends, each with very different personalities, that become zombies after a botched night of voodoo spells and marijuana intake. They start to relish their new found abilities until they realize that corpses decompose. Being the fact that they themselves are now corpses, it becomes a race against time to try to reverse the spell and try not to kill too many people in the process.

This film starts out with a family that seem to be in the late 1800’s praying for protection against evil. A zombie bursts through the door and heads for them. Suddenly a woman kills him in a 70’s Foxy Brown sort of fashion and saves the family from becoming dinner. Now don’t let the special effects in this part fool you. It seems a bit cheesy but gets better in the rest of the film.

We now find a boy standing proudly in front of the audience as he is being congratulated on his wonderful penis. He is soon awaken from this wonderful dream by his mother who notices his “morning wood” and makes certain comments. I love this movie mom! She is one of the best parts of the film for me. She announces to his next door neighbor and old childhood friend that he was “a boner” and leaves him embarrassed to get ready for school. He gets picked up by his wayward friends who include “the ultimate dork who gets beat up by everyone” and his “stoner and aloof to reality pal who lives on a diet of weed and alcohol”. They give “the creepy” girl next door (who happens to be the neighbor the kids mom was talking to) a ride to school and now we have our major characters in place. At this point we know this film is meant to be a comedy, and is pulling that off very well, but can it deliver on the actual horror level?

The topic of religion comes up in their classroom. Different religions are presented until the last group comes up. The creepy girl along with two friends teach the class about Voodoo. Getting the bright idea to use a love spell to make the popular girl in school love him, our hero asks if creepy girl can help him. He shows up to a very amateur and hilarious ritual with his two pals expecting to rise the dead but ends up getting covered in the cremated ashes of the zombie from the beginning of the film. They leave in a hurry but decide to soften the blow of the night with some “herbal” help on the way home. The pot head’s innovative new bong becomes the demise of the crew and next thing they know they are waking up in a morgue.

This part is also very funny. I mean, they don’t realize what’s going on until they see the tags on their toes and freak out. Could you imagine waking up with a tag on your toe in the hospital? I think I will make my mission to put a tag on the toe of a loved one next time they enter the hospital just to mess with them. Yes, I’m evil. Ok, moving on.

They get back to our hero’s house and try to make sense of the whole situation. They put in a zombie film and try to study what they think will happen to them next.

They awake the next morning to a breakfast of simply raw meat because they think that’s what they are supposed to do.
They head to school and find themselves in a familiar but compromising situation. The popular girl’s boyfriend gets ready to kick their asses again but they discover they have inherited a new found strength and were stronger than him. Then it sets in. No more getting picked on, no more getting beat up, they are now the masters of the school.

The one thing that really sold me on this film was not only how funny it was but the fact that it actually explored the part of the “walking dead” that not too many put a take on. What happens to dead things? They decompose! And this film comically explores that. After the point of the story that I ended at, they have to deal with decomposition, typical teenage hormones, and when it finally sets in that they have to feed on people in order to “survive” the panic sets in for the ones who keep their senses about them longer. One thing that I thought was also funny way the “oh sh*t, my moms gonna kill me” panic that sets in at one point. That was ironically humorous.

As I said, the special effects not only are believable but down right gross and hysterical. If you watch the trailer, you will see a point where one of the boys’ testicles rots off their body, falls down his pant leg, and rolls under the television. And that’s not the funniest part.
Most of the effects are props and makeup, which I largely prefer to CGI. I appreciated the effort into the craft.

Story wise, this movie is a complete winner. I loved how they incorporated so much but it never felt overdone or “too full”. There were no real problems with faulty shots, bad acting, or plot holes. Everything takes you through smoothly and gives you an enjoyable ride that you will be talking about for a good time to come. I still giggle when I think about certain shots. If you are a horror comedy fan, find this film! You’re gonna appreciate it.

Night of the Living Dorks 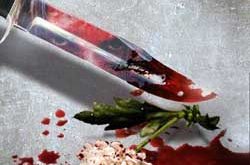